Google Maps will allow us to add or delete sites that we have visited, and in the future buy tickets 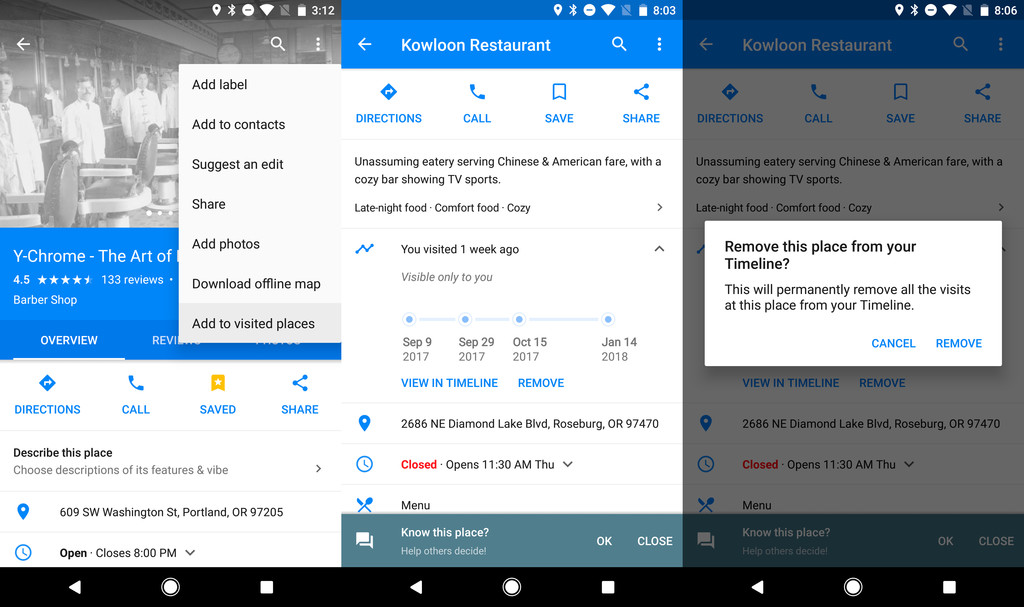 The beta of Google Maps has recently updated to version 9.70 and with it, we have new features that will arrive earlier in phase test and in addition hidden options that will be making public in the upcoming versions. The highlight, at a glance, this time is the ability to add or delete sites that we have visited previously.

Google Maps has a feature that allows us to review places we have visited previously. If you slide your finger from the left frame of the screen towards the center, we see that there is an option called ‘Your sites’ and within it a section with all that we have visited. From here, and with the beta, we will be able to add or remove sites.

This list of sites visited is generated automatically based on the GPS and the time spent by Google find out where we have states. Is quite precise but there are times that it fails or that, simply, we don’t want to have a site added in the history. From now on the tabs of the locations we will be able to add or remove sites.

As you can see in the images, it will now show an option within each site, where we are invited to add or delete sites that we have visited. That yes, keep in mind that will clear all the visits that we have done, not one in particular so if that is a site of recurrent, bear that very account. This novelty is the feature that has been announced, but not the only one.

Diving into the APK always appear as lines of codes that give us clues of what could be the future options of the applications. In the case of the version 9.70 there are many indications of new features and the most attractive of them is to be able to see the schedules of the film, for example, and buy direct entries from Maps without having to go to the website of the film in question.

When are these threads not always guarantee that in the future is going to be there yes or yes, but at least we can discern that they are working on it and doing tests, but finally not implemented in the final version. If you are curious, you can download the APK of the beta 9.70 from APK Mirror and / or register to the beta program of the app on Google Play this link.

–
The news Google Maps will allow us to add or delete sites that we have visited, and in the future buy tickets was originally published in Xataka Android by Juan Carlos González .