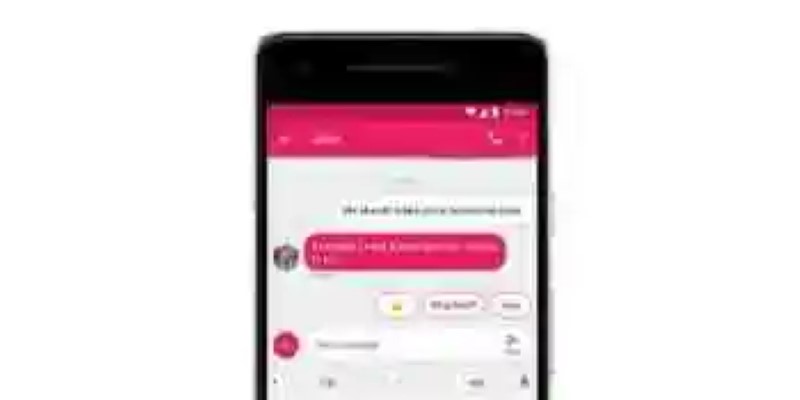 Has been tough, but they are already here. Google added the intelligent answers to your application SMS/RCS in January of last year, but have not learned Spanish until now. It is one of the two new features of the latest version: support for the intelligent answers in Spanish and the possibility of changing the name to the group discussions.

This innovation is specified in the list of changes on Google Play of the last version 4.0 of Messages, although it is possible to take some time to be activated for all users. The operation is the same as the intelligent answers of Allo or the more recent, Gmail.

► Immerse yourself in the virtual reality of Sony with the new Mega Pack of PlayStation VR Available now in stores, it costs 329,99 eur...
► Instagram deletes the button IGTV due to lack of use Although the ‘spin off’ of Instagram for vid...
► Google also wants a smart display, and would this year Google Home is already available in Spain, ...

Reusing the legacy of Allo

Google Allo is about to die, and is that the latest draft of the messaging of the company you will see your order during the month of march. With this panorama view, Google is giving haste to reuse all usable Google Messages, your other messaging application, in this case based on SMS/RCS.

Yesterday was the support for the Wizard of Google, one of the most characteristic functions of Allo, and today it is the turn of the intelligent answers. That is to say, responses canned suggested by Google according to the message sent to you.

the operation is The same as always, with the difference that now do you understand English. When you send a message, Messages will attempt to suggest a response for the same in a bubble. Tap on it, it will be sent. If you still don’t appears the novelty, you’ll have to wait: Google is very to announce news and then take a few weeks to activate them all.

The Wizard of Google comes to Messages, for Android, for now as a test

–
The news Google Messages added to the intelligent answers in Spanish was originally published in Xataka Android by Ivan Ramirez.

Battleborn becomes a game ‘free-to-play on consoles and PC
The original purchasers will get benefits and extras.Gearbox Software has ...
Pokémon Online for Android, so you can download to your tablet online this card game
Nintendo and The Pokémon Company International held overhand the 20t...
How to use Dashcams to Improve Detective Work
There are more than half a million law enforcement officers in the U...
Weekly suggestions: ‘The Handmaid’s Tale’, ‘American Gods’, ‘the girls on The wire’ and more
We opened a week of those that leave us with the mouth open at the intens...
Bibliography ►
Phoneia.com (February 27, 2019). Google Messages, adds the intelligent answers in Spanish. Recovered from https://phoneia.com/en/google-messages-adds-the-intelligent-answers-in-spanish/

This article was published by Phoneia, originally published in English and titled "Google Messages, adds the intelligent answers in Spanish", along with 18989 other articles. It is an honor for me to have you visit me and read my other writings.
◄ The director of ‘The great showman’ confirms that is already underway, the sequel
Disney prepares a series focusing on their villains animated for your streaming platform ►