Google Messages: your spam protection is active in Spain 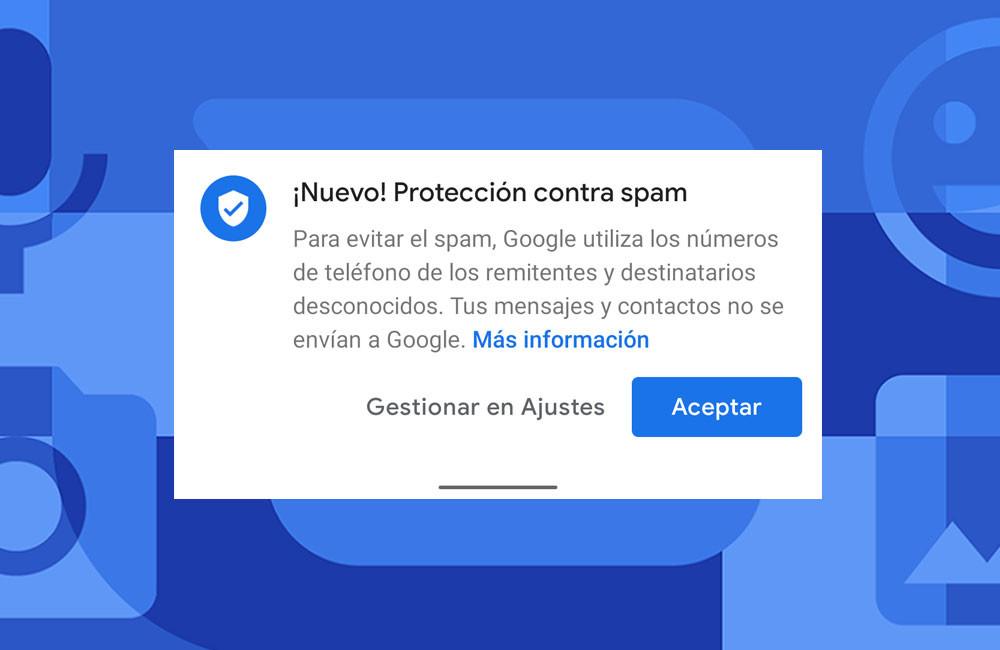 At the end of last year Google began to turn in his application of Messaging your spam protection, but it has not been until this week that such detection has been activated in Spain.

from now on, all SMS/MMS, and chat messages (RCS), which we receive through the application Google Messages shall be protected against unwanted advertising by default. 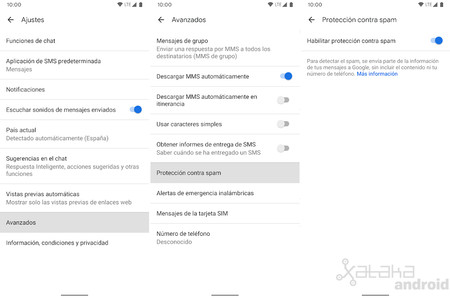 Google Messages is informing the user of the activation of your new spam protection in a pop-up message that appears at the bottom of the application. There we are shown an access to manage this novelty. In Messaging > Settings > Advanced you can activate or deactivate manually the new spam protection.

how to block notifications SPAM on Android

This feature will attempt to detect the spam messages that we can receive. Plus, it lets us allows you to block and report spammers. If Google detects as spam, a message will appear in the options “Mark as spam” or “Not spam”.

To detect spam, Google temporarily stores telephone numbers of received messages for unknown recipients, without revealing its contents. By checking the sender’s phone number will be able to know if it is a spammer or not. Google reports that the data sent are not linked with our identifiers such as name or phone number

WhatsApp will allow to protect chat with a fingerprint, the feature is already in testing

So is the new bet of Google to conquer the messaging in 2019: Messages, Duo, Hangouts Chat and Meet

–
The news Google Messages: your spam protection is active in Spain was originally published in Xataka Android by Cosmos .