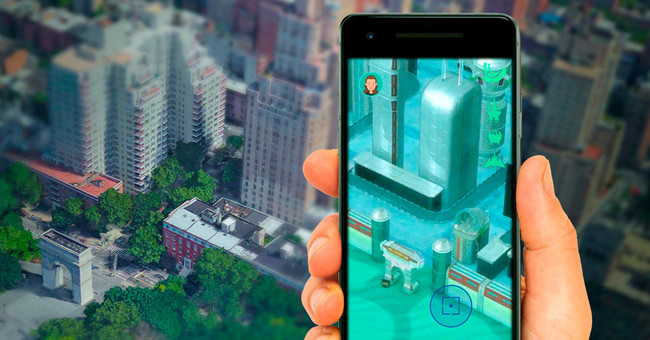 Google Maps, and Unity together to give the game developers a powerful resource to create augmented reality games based on geography today, as Pokémon Go, Harry Potter Wizards Unite, Jurassic World Alive and many others.

developers can take the data directly from Google Maps and convert them into objects to apply different textures, styles and customizations and convert a normal street in a completely different scenario. Is a technology far more advanced that the Pokémon Go, where basically you only see the top-down view of the map.

The world is your stage

The demo video it looks amazing and it shows as the same part of Paris is transformed in a medieval environment, futuristic, or inspired by the country of the jelly bean. is The possibilities are endless and will depend on the expertise of the developers to get the best out of this technology.

we’ll Still have to wait to be able to try the first games based on this union of Unity and Maps, but we already know that to be the case Jurassic World: Alive, the Walking Dead: Our World and Ghostbusters, as they include appointments of their presidents in the note Google praising the benefits of the system.

So, get ready for a new generation of games in augmented reality that are more faithful to reality than ever, really immersive and easier to create than ever before. We can’t wait to see what comes of all this and what is the result in areas that are not so well mapped on Google Maps… or in the middle of the field.

More information | Google
Xataka Android | Jurassic World Alive: this is the game of augmented reality that seeks to mimic the success of Pokémon GO

–
The news Google opens the API Maps to the game developers AR and the result is amazing was originally published in Xataka Android by Ivan Ramirez .