Google Photos allows you to edit your movies from your computer

a couple of years Ago, the application Google Photos premiered a new editor for create our own movies. We can add several video clips, sort them, trim them and put music in the background, but until now was only available for mobile devices.

Now Google Photos finally allows us to edit our movies from our computer. The web version has finally incorporated this video editor. 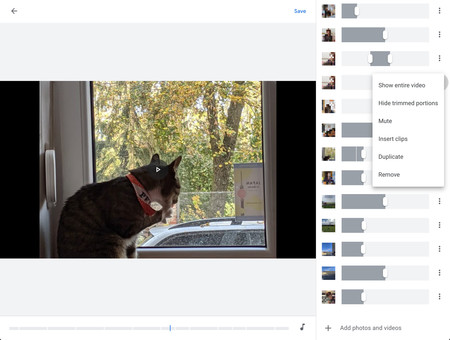 Until we can open a movie and edit it from the computer. To do this we just have to open a movie and click on the edit icon. It will load the** same editor that we find in the application for Android or iOs**.

Your editor also presents the same interface and options in the application. Therefore we can only add photos and videos, sort the clips, trim them, silence them, and add background music with any of the tunes that it offers us Google Photos.

at the moment, which does not allow us to the web version is to create a film from scratch by selecting which videos and photos you want to appear. To do this still need to use the application, but it is possible that this will change in the next few days.

–
The news Google Photos allows you to edit your movies from your computer was originally published in Xataka Android by Cosmos .