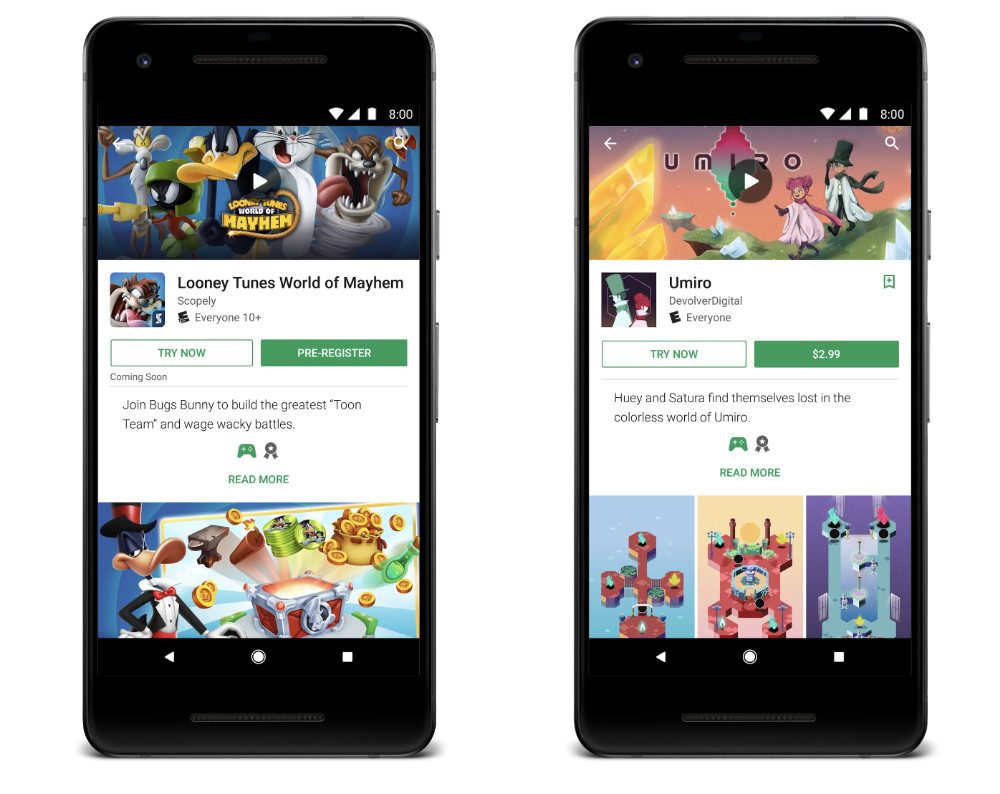 At the beginning of this year it came Google Play Instant, the new way of testing an application or game without having to install it, but was limited to the free content. Until now. the Google Play announces that we can now also prove the demos of paid games and upcoming releases.

Google Play does not want to have to buy a game to test it, so it extends the button “Try now” to the games premium, thus avoiding the need to make a return if we see that we don’t like the game.

The same thing happens with the next releases, which in addition to the registration prior to the receipt of a notification to be able to download the game, we can try the demo before its official release.

Some of the paid games that you can try for free are Umiro of DevolverDigital, Swim Out Lozange Lab, Bridge Builder Portal of Headup or Warfare 1944 of BlueBird Games. In the coming releases, we can test already Ocean Reef Life of Superheart Studios Inc and Looney Tunes A Crazy World of Scopely.

–
The news Google Play already allows you to test paid games and upcoming releases was originally published in Xataka Android by Cosmos .