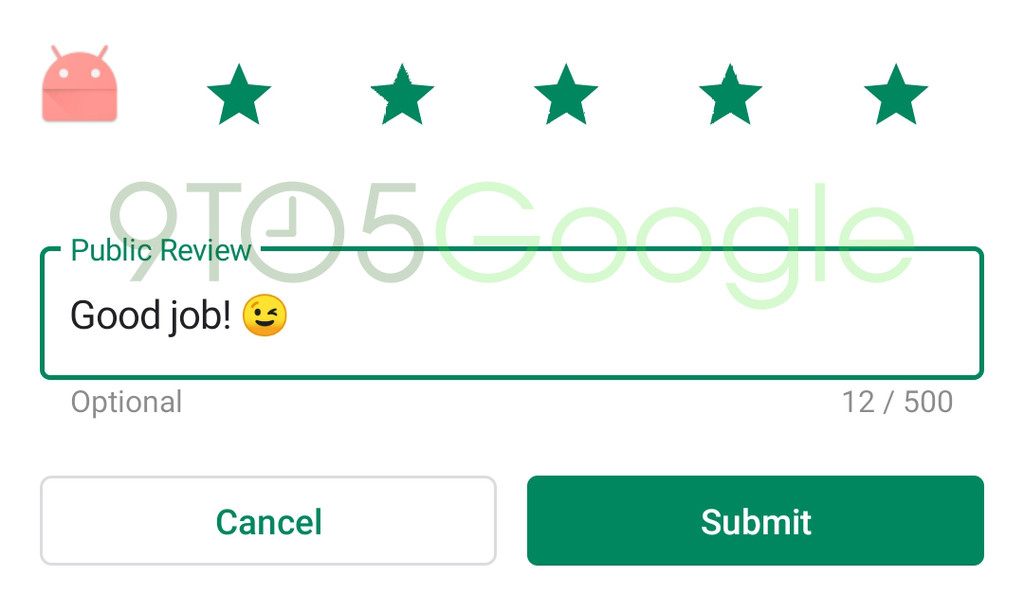 Google Play the shop of apps and games from Google, it is continually receiving such updates and changes, both on the side of the users and the developers. Within the that affect to these last, we saw recently, for example, the decision of review some apps in more depth before posting.

Now, however, we are faced with an improvement that directly involves the users. This is a new rating system for apps that will allow us to qualify them without the need to leave them. In 9to5Google, have already been able to access it and have published the first images of how it will be.

Number of stars and comments 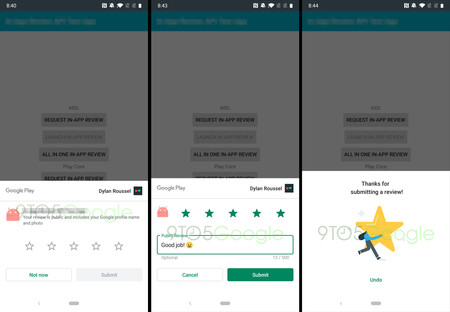 In July, XDA published that Google Play was preparing a way for application developers to obtain reviews and ratings of your users without them having to leave the application. Now, 9to5Google has discovered an internal application that Google is using to test the system and have gotten screen shots that show how it will work.

Until now, the majority of applications you are asking for feedback on Google Play, and even many of them will open a window that redirects you to the store for you to write a review. With the new review process, however, to assess the applications will be much easier because we don’t have to get out of them.

developers can enable a lower window within the application for that task, that will keep the style of Material Theme. In that window, we can choose a number of stars and leave a comment. According to explain from 9to5Google, the development is very advanced and is fully functional, to such an extent, that they themselves were allowed to leave an assessment to test mode.

also Ensures that, in the initial tests carried out, it does not seem that this new system report to the application if you have given a rating good or bad, or if you’ve left a comment. In any case, as is not the final version, there is the possibility that this may change in the future.

164 deals on Google Play: apps and games for free, and with large discounts for a short time

–
The news Google Play prepares a new function to assess and comment on applications without leaving them was originally published in Xataka Android by Laura Sexton .

phoneia.com (September 13, 2019). Google Play is preparing a new function to assess and comment on apps without leaving them. Bogotá: E-Cultura Group. Recovered from https://phoneia.com/en/google-play-is-preparing-a-new-function-to-assess-and-comment-on-apps-without-leaving-them/