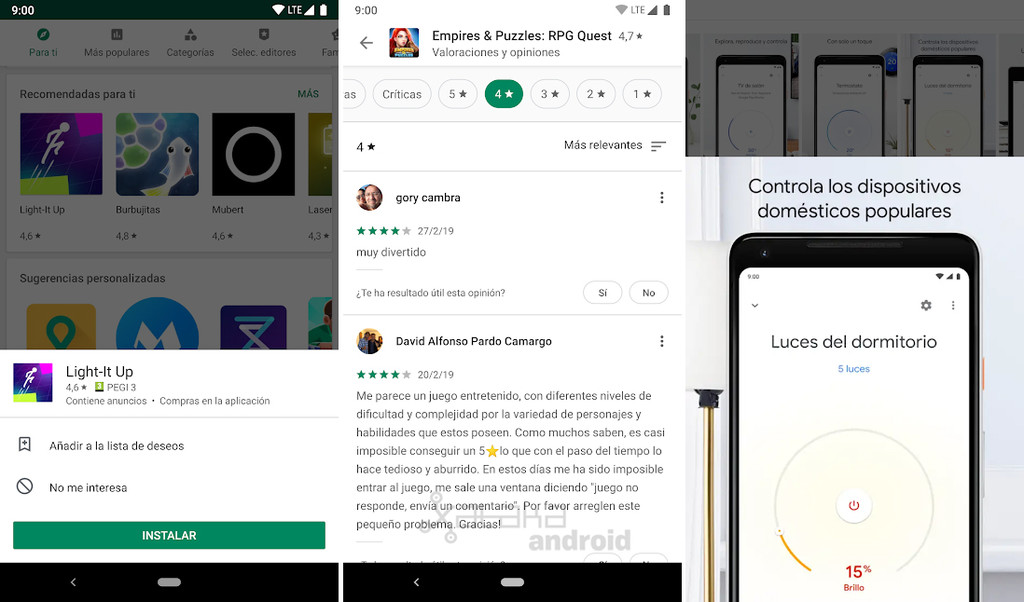 Google likes to go testing some new features in a small number of users and then deliver them to all over the world if you see that the reception has been good. And that’s what I was doing in Google Play.

During the last few weeks, has been trying three new features in Google Play, as their section of opinions improved and its new gestures that we will see in detail below:

The requirements of Google Play for 2019: optimized apps for Android Foot and new security warning 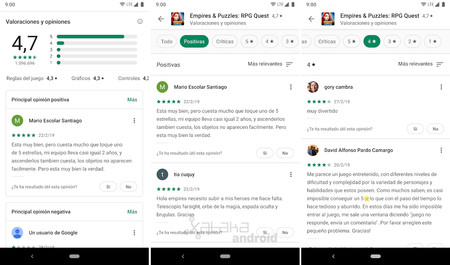 Google Play has revamped its section of Ratings and reviews, showing a new chart with the ratings with the main positive and the main negative assessment of the application, according to the votes of the users. But the most important new feature is found when we accede to all the opinions, where we now find a new filters at the top. Now we can filter by reviews positive, negative, or score. 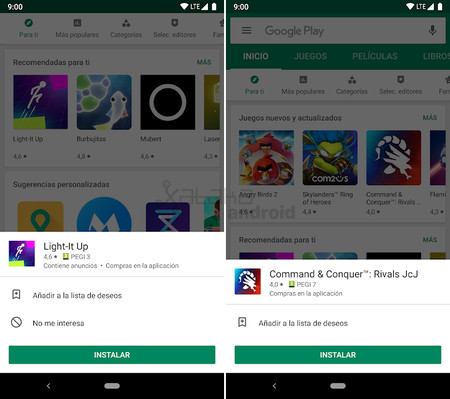 New gesture to close an image

finally, if we open a screen shots or promotional image of the tab of an app we can now close it quickly with the new gesture “swipe down to close”. With slide the image down it will close and return to the tab. They have also added in the top left the “Back” button to close the image. Before you had to tap on the “Back” button of our device.