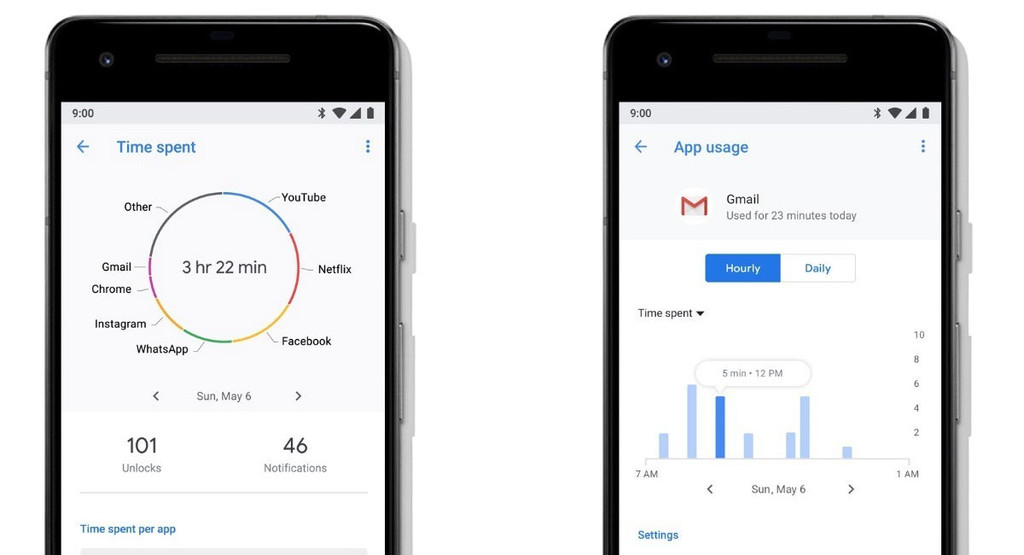 The manufacturers of Android that you want to pass the Google certification need to meet a series of requirements embodied in the Definition Document-Compatibility Android (CDD) and the agreement of Mobility Services from Google (GMS). Thanks to both documents now we know the minimum requirements of the next mobile and which apps Google will pre-install.

In the section on minimum requirements, in addition to having to include Android 10 from February, Google will require manufacturers that include Digital Wellbeing -or similar – that can support the standard quick-charge USB-C PD.

Digital Wellbeing for all 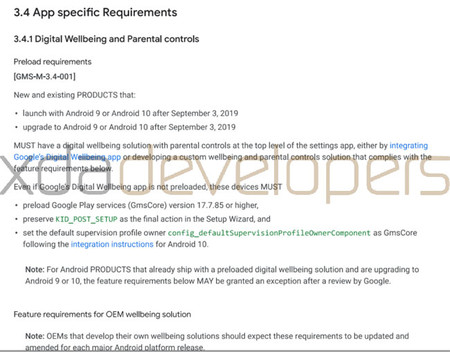 we Start by the license agreement of the Google services or GMS. It is a document unique to the partners of Google, even though XDA has been made with a recent copy. In section 3.4.1 of the document is set in the devices must include digital wellbeing and parental control, which is accessible on the first level of the terminal settings.

It should be noted that not necessarily have to be the well-being digital of Google, but that may be the alternative own of each manufacturer, as is the case with the “Balance” digital Huawei. Now, the document tells manufacturers that are creating their own solution that requirements can change and amendarse in future versions.

Not only must be well digital, but you should include a parental control system and present it to the users during the initial configuration process, you must submit a screen to set up an account for children.

Almost all the Android phones have the same connection MicroUSB or USB-C, but at the time of standards of fast load, every manufacturer wants to impose his own as a competitive advantage. These standards are sometimes very powerful, but the owners need to use the official charger to take full advantage.

Although the document CDD does not speak in absolute terms, it is the agreement of GMS who does it. According to the copy of the last agreement GMS that has obtained XDA, it is established that all new devices launched in 2019 with USB-C should be fully compatible with chargers according to the USB specifications and have a USB connector-C.

This does not mean necessarily that they no longer exist other types of quick charge off of USB-PD, but the mobile that the include should be fully compatible with the standard, even having its own fast charging.

finally, we have the list of applications that should be pre-installed on new Android terminals who want to pass the certification of Google services. The list has been obtained by 9to5Google and includes the following applications:

The list goes on including Google Play Music, although the document itself indicates that in the near future YouTube Music replace Google Play Music, such as I had already informed the company itself. On the other hand, it will include a version of Android Auto as an app with special privileges, although not be launched by the user from the launcher app.

In terms of Android Go, the list of applications that must be preinstalled in a terminal included in are changed by the light versions always, besides not include Google Drive, Google Duo, Google Play Music or Google Play Movies.

Via | XDA and 9to5Google

–
The news Google oblige to include Digital Wellbeing and charge USB-C PD in the new certified mobile was originally published in Xataka Android by Ivan Ramirez .

Google will force to include Digital Wellbeing and charge USB-C PD in the new mobile certificates
Source: english
October 8, 2019