‘Grey’s anatomy’ loses one of its protagonists original: Justin Chambers leaves the series after 16 seasons 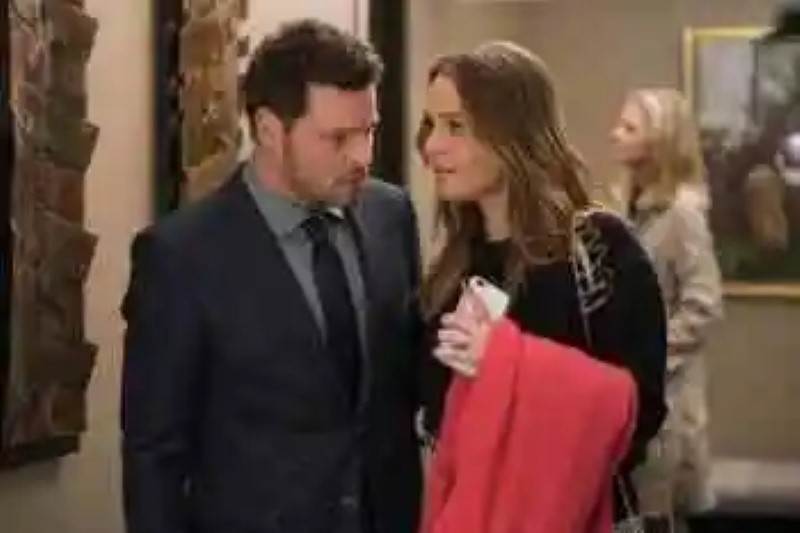 Justin Chambers has confirmed his departure from ‘Grey’s Anatomy’ series, which was one of its protagonists, giving life to Alex Karev since its inception back in 2005. The most striking thing about the news is that The Hollywood Reporterclear that the last in which he is to participate was issued on November 14, but it has not been until when it was revealed its output.

Chambers was one of four actors who still remained in the series since its inception. Now Ellen Pompeo (Mederith), James Pickens Jr. (Richard) and Chandra Wilson (Bailey) happens to be the only ones who remain at the foot of the canyon in ‘Grey’s Anatomy’. The actor has released the following statement explaining the reasons for his departure:

► Meizu released the update to Flyme 8 to 17 new models Meizu takes some time losing presence in ...
► This bracelet makes our skin on a smartphone or tablet A company called Cicret has developed a...
► That was how Harrison Ford helped to create the new Han Solo who plays Alden Ehrenreich "Tell them that I told you everything you ...

there is Not a good time to say goodbye to a series and a character that have defined my life for the past 15 years. For some time, however, I wished to diversify my papers, interpretive and choices of my career. about to turn 50 and blessed  by a woman that supports me and five wonderful children, it is time. To leave ‘Grey’s Anatomy’, I would like to thank the family of ABC, Shonda Rhimess, the original members of the cast Ellen Pompeo, Chandra Wilson and James Pickens, and the rest of the amazing team members and the cast, both past and present, and, obviously, to the fans for this extraordinary journey.

Chambers joins a long list of actors who started in the series and were leaving over the years. The first was Isaiah Washington after three seasons, but in his case because it was dismissed, T. R. Knight after five, Katherine Heigl after six Sandra Oh in the tenth and Patrick Dempsey after 11 seasons.

What a shock of their departure is announced so late. Your character –eye with the spoilers from here– stopped working at the Grey Sloan after an attempt to fraud the insurance by Mederith that caused the dismissal of several doctors. Since then he became the chief of staff of the Pacific Northwest and it seems that simply we will not return to see him after realizing that her friend would not lose the medical license.

–
The news ‘Grey’s Anatomy’ loses one of its protagonists original: Justin Chambers leaves the series after 16 seasons was originally published in Espinof by Mikel Zorrilla.

PGA 2020: ‘1917’ is chosen as the best film of the year and is already the favorite for the Oscar
We are in full awards season. Discovering the first estrenos 2020 but re...
Cancelled two Nintendo 3DS games: Mobile Ball and Tobe! Dragon
The two titles were announced only for Japan. Have been cancelled for diff...
Saints Row IV, Dirt Rally 2.0 and more announced for the Xbox Game Pass on PC
During the Inside Xbox have announced new titles to the subscription servi...
Netflix Party: synchronized video chat and view content with friends remotely
This extension for Chrome that allows you to chat and watch Netflix v...
Bibliography ►
Phoneia.com (January 11, 2020). ‘Grey’s anatomy’ loses one of its protagonists original: Justin Chambers leaves the series after 16 seasons. Recovered from https://phoneia.com/en/greys-anatomy-loses-one-of-its-protagonists-original-justin-chambers-leaves-the-series-after-16-seasons/

This article was published by Phoneia, originally published in English and titled "‘Grey’s anatomy’ loses one of its protagonists original: Justin Chambers leaves the series after 16 seasons", along with 18988 other articles. It is an honor for me to have you visit me and read my other writings.
◄ A user creates a school-trap with a riddle mathematician in Fallout 76
Echo Dot, Satisfyer and Xiaomi Mi Band 4, it sold more this Christmas ►