The protesters of Hong Kong and its rival players in the mainland China are also faced in the title of Rockstar; the battles campales are repeated in the game.

Hong Kong is immersed in a political crisis that not only is reflected in the streets: clashes have also splashed the mode online of , where the protesters see the faces against their rival players in the mainland China. In this way, the popular game of Rockstar has also become a stage for this critical situation. The protesters are dressed in the characteristic garb, while their opponents opt for the attire of the police antidisturbios.

The situation is so strained between the residents of Hong Kong and those from mainland china, that the title of Rockstar is also a witness of this rivalry. Everything has begun when the players of Hong Kong found that their characters would dress in the typical attire of the protesters: dark clothes, gas masks and safety helmets yellow. This meant that they were quickly recognizable.

Thanks to the freedom offered by the open world of GTA Online, the protesters did not take long to move to this stage actions that take place during the protests: from the throw molotov cocktails, vandalizing railway stations to attack the police. This fact is not overlooked to the chinese players and, through the social network Weibo – a kind of Twitter-chinese, there was a call to challenge players of Hong Kong in the title of Rockstar.

A user of Weibo, he posted the following message: “cockroaches expressed his desire to kill in GTA and win, the war in this game you can become even more fierce. Are you ready?” Said and done: other users of Weibo, responded by posting screenshots of their characters dressed as riot police, and armed. According to the player of Hong Kong Michey Chan, at that time there were “intense” battles in the game.

Chang, for his part, said that he liked to play as a protester because that gesture helped to “create awareness” abroad about the situation in Hong Kong. “GTA is a fun way to engage people with different points of view, as you can have up to 30 strangers on a server that may not know much about Hong Kong,” he said.

To understand what this confrontation, which is what has caused the protests in Hong Kong, it is necessary that let’s first look back. despite the fact that Hong Kong belongs to China, it has its own currency, culture, political system… in other words, the residents of Hong Kong are governed by certain issues, which makes it difficult for them to feel identified with China. Taking a look at the history, this is because the city was once a colony and british territory for over 150 years. Despite the fact that China took the city back in 1997, Hong Kong continues betting by a system similar to the british, instead of embracing the chinese model.

A crucial point to take into account in order to understand this differentiation between Hong Kong and China, it is the Basic Law of Hong Kong. This constitution “de facto” of Hong Kong provides for certain freedoms that are not enjoyed by citizens in chinese mainland: for example, the right to a free press or freedom of expression. While this situation has remained unchanged, in recent years, the chinese government has taken the license to influence this Basic Law, stating that they have full right to impose on Hong Kong. The issue lies in the fact that the Basic Law provides that Hong Kong “shall safeguard the rights and freedoms of the residents,” during the 50 years following the delivery of the city to China. However, if we take accounts, just it has been 20 years since Hong Kong passed into the hands of China. This is the situation, broadly speaking, which has led to clashes dominating the headlines.

The manifestations intensified when, last June, the chinese government introduced a bill that would have allowed the extradition of people on the other side of the border. That is to say, instead of being tried in Hong Kong, with this law could be tried in mainland China. Despite the fact that this bill has been withdrawn, the protests also have expanded, demanding more democracy and a detailed investigation about the conduct of police. 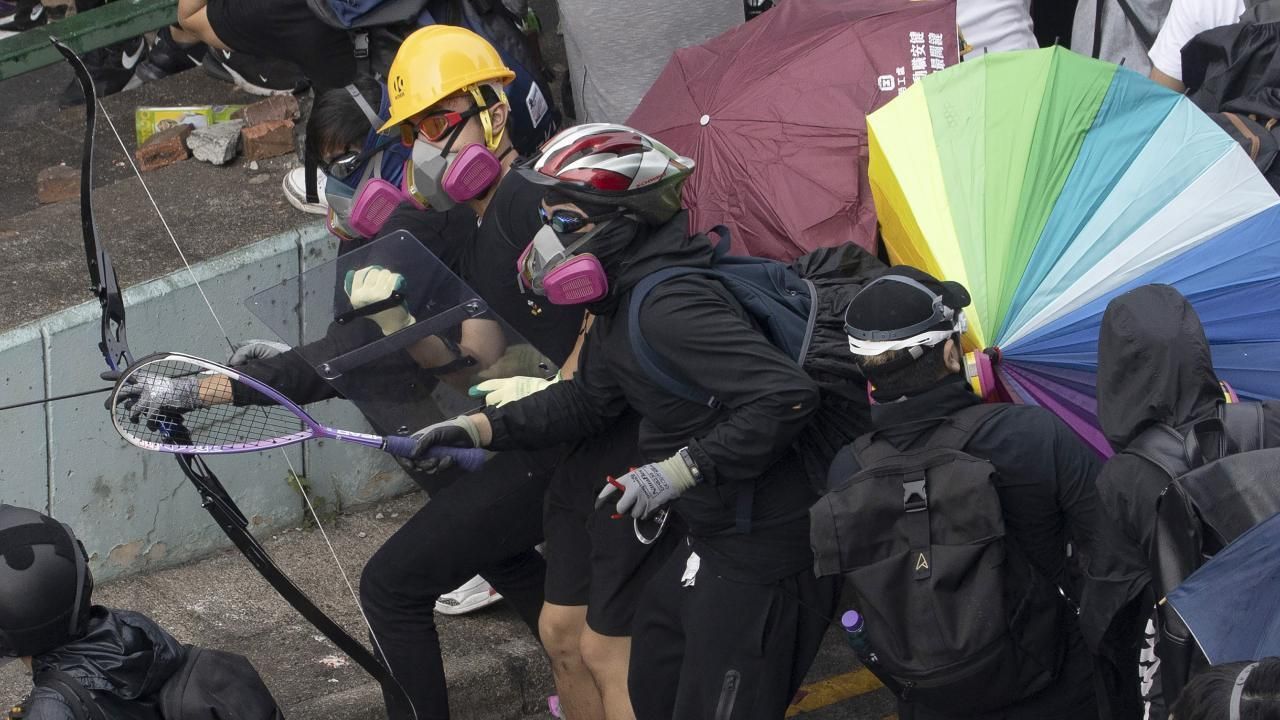 GTA 5 becomes a field of battle for the protestants of Hong Kong
Source: english
December 27, 2019