He was made an offer and had an idea, but his agenda prevented from actually doing it.

Yoichi Kotabe, a veteran artist and designer of the video game industry, he has spoken of in the newspaper Le Monde about your past Nintendo and has revealed that he was on the verge of a collaboration between the company of video games and Hayao Miyazaki, of Studio Ghibli, known for films like My neighbor Totoro, Porco Rosso or spirited away.

According to Kotabe, Miyazaki was interested in this type of association, and, in fact, had an idea that the players put themselves in the role of an insect as the basis for a video game with Nintendo. However, the agenda of Miyazaki and all of its commitments in the world of film and animation made it impossible to realize this idea and finally decided not to give the green light to the project.

“On one occasion, we went to see mr. Miyazaki along with the lord Ikeda, and with Shigesato Itoi, a famous publicist who wrote the slogans for the films of Studio Ghibli,” recalls Kotabe.

“We offered to work in a video game for the Nintendo. Despite what one might think, is not rejected. he said he was interested in making a game that took place in the insect world, and that the player could see the world through one of them“, she explains.

“however, could not become a reality, because he was very busy“. That is to say, it seems that the previous commitments of Miyazaki to continue working on your study and take forward the multiple film projects that was underway then made it impossible to move forward in the negotiations. 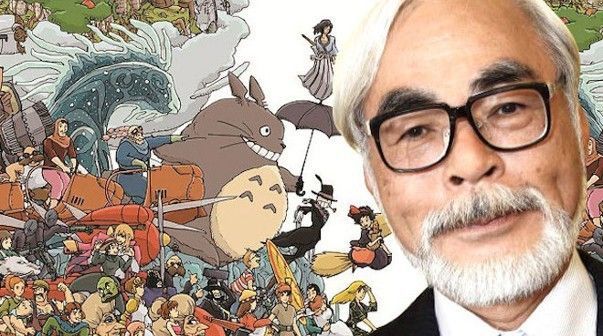