Headed South, the first game to Motion Sense of the Pixel 4 comes from the creators of Monument Valley 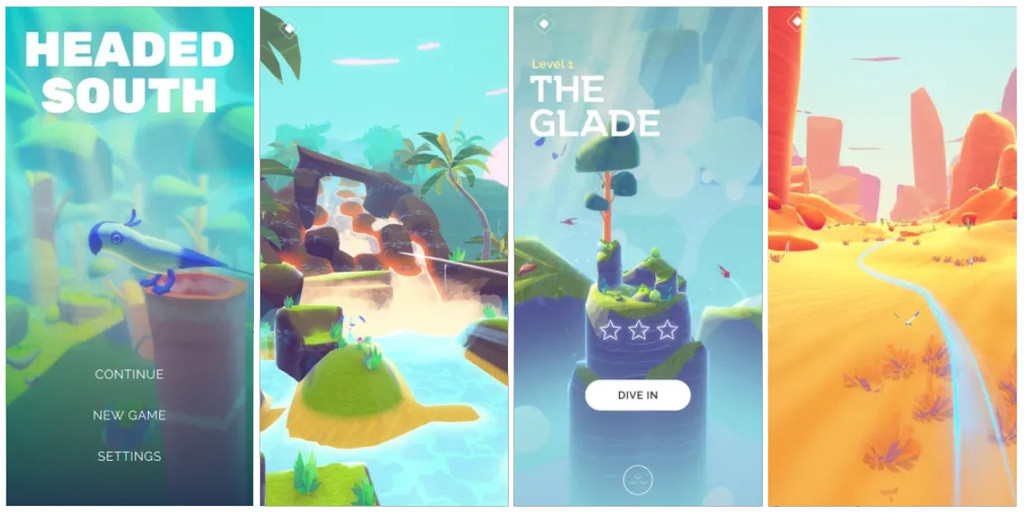 The Google Pixel 4 are already among us, and his arrival means something special to a project of hardware that Google has been working for years.

we Talk about Project Soli, a radar system for mobile devices that finally has been integrated into the front of the Pixel 4, next to the camera for selfies, and that receives the name of Motion Sense.

what does this Motion Sense? Read the movement of our hands and turn it into gestures to control the phone. Aerial gestures as we have seen in other occasions, but more advanced and with a specific hardware, and more accurate. And to promote this Motion Sense, what better way to develop games that exploit this control by gestures and the guys at UsTwo have been the first to cheer. is Your proposal is called Headed South.

An exclusive game for the Pixel 4

Just take a look at this Headed South to check that is performed by the same team that carried out the two-Monument Valley that we enjoy today in the mobile ecosystem. Note his hand in the design and in the setting of the game, but can not enjoy it for all users: only those who purchase a Google Pixel 4 or to a Google Pixel 4 XL.

Google Pixel 4 and Pixel 4 XL: display to 90 Hz, face recognition and two cameras to return to being a leader in moving picture

Feature in UsTwo the name of Soli for its protagonist is not at all random as it is easily deductible that is inherited directly from Project Soli that marked the origin of the current Motion Sense. Soli is a bird unique and we must lead through lush forests and pristine beaches to rescue other wild birds of a storm dark was approaching.

During the journey that takes us Headed South we will have to go reaching one-to-one to these birds brothers to whom we want to rescue, and each one will require a series of concrete gestures to be able to reach them in flight. This is how it Headed South intended to practicemos with Motion Sense to familiarize ourselves with the new gesture control air of the Pixel 4.

A trip through the jungle and the coast rescuing birds in danger, and only by using our aerial gestures

So, Headed South becomes the first exclusive game for Motion Sense, followed by he also touted Pokemon Wave Hello that allows us to play with our favorite creatures, also using aerial gestures. Yes, to play the latter you will need an app special that allows third party apps access to the gestures of Motion Sense.

it Seems that Google has made it clear that Motion Sense is a distinctive feature of their Pixel 4 and want to promote it to make it a success.

we’ll See what other titles are still to this Headed South from UsTwo, and if the manufacturers decide to sign up to update their applications and games to make them compatible with the aerial gestures. That will depend on which Motion Sense is a success and ends up straddling the market. Although being specific hardware from Google, you may not get to leave the Pixel. Google will force manufacturers to hide their systems of gestures, according to 9to5Google

Control the mobile by touching the backpack or the jacket: so are the proposals of Google with Levi's and Saint Laurent

–
The news Headed South, the first game to Motion Sense of the Pixel 4 comes from the creators of Monument Valley was originally published in Xataka Android by Samuel Fernandez .

Download Nulled WordPress Themes
Free Download WordPress Themes
Download Nulled WordPress Themes
Download Best WordPress Themes Free Download
online free course
download xiomi firmware
Download Best WordPress Themes Free Download
lynda course free download
Headed South, the first game to Motion Sense of the Pixel 4 comes from the creators of Monument Valley
The director of ‘Ex Machina’ and ‘Annihilation’ makes the leap to tv with a thriller technological
'Ex Machina' and 'Aniquilación' ('Annihilation') have been converted to ...
A new version of the iPad with a starting price of 329 dollars
Apple renewed its iPad more successful, this new generation features a dis...
The Xiaomi Black Shark 2 is left to see with 12GB of RAM and Android Foot-to-board
Despite the fact that there are not too many devices in circulation, ...
Mexican foods that transformed the world’s cuisines
the cuisines of the world would not be the same without the integrati...

phoneia.com (October 16, 2019). Headed South, the first game to Motion Sense of the Pixel 4 comes from the creators of Monument Valley. Bogotá: E-Cultura Group. Recovered from https://phoneia.com/en/headed-south-the-first-game-to-motion-sense-of-the-pixel-4-comes-from-the-creators-of-monument-valley/