The game of cards Blizzard has revealed a new expansion, titled The Decline of the Dragons, and has presented the mode autobattler, that you will be able to test next week.

Hearthstone announces battlefields, a new mode autobattler for 8 players
The game of cards Blizzard has revealed a new expansion, titled The Decline of the Dragons, and has presented the mo...

on the occasion of the BlizzCon, which is being held this weekend Blizzard has announced a new expansion for Hearthstone, titled The Descent of the Dragons, and a new way game, battlegrounds, which is a autobattler, a new strategy genre that was fashionable at the beginning of this year with games such as Autochess and Teamfight Tactics.

The Decline of the Dragons

The new expansion, The Descent of the Dragons, with 135 new cards, among which are the new cards of hero of Galakrond, side quests and the new keyword to Convene, along with a lot of dragons. This expansion will reach the December 10, and will be the conclusion of the Year of The Dragon.

► LG and surprises for MWC 2013 Lack id=HOTWordsTxt little over a week to ...
► Lollipop Android 5.1, and available as source code and images of factory Nexus Android Lollipop 5.1 and is official, an...
► Announced the Cosmic League action MMO for PC CyberStep CosmicBreak presents the sequel to...

Until the time of the launch, you will be able to pre-purchase two packs of envelopes of letters of The Descent of the Dragons: one 60 envelopes which includes a letter legendary gold of The Descent of the Dragons and the back of the letter to “The slaughter”, and the megapack with 100 envelopes, that includes the gifts above and the new warrior hero playable Deathwing. These packs are on sale for 49,99 € 79,99 € respectively.

Blizzard has announced battleground Hearthstone, a totally new player to your veteran card game. It is a way for eight players and 24 unique heroes, in which players recruit henchmen, the position themselves strategically and look at how they fight for the victory.

this Is a game mode-free, and is designed as a separate experience that uses Hearthstone as base, but that is not required to build or maintain a collection of letters. Battle-fields of Hearthstone will be available for everyone at the start of the beta, this Tuesday, 12 November. The early access will be available from the 5th to the 11th of November for those who attend the BlizzCon, to acquire the Virtual ticket, or buy any pack of The Descent of the Dragons, the new expansion.

as of December all over the world can have free access to battlefield Hearthstone. Players will be able to unlock optional features by purchasing booster packs of the most recent expansion, either free of charge, with gold or with real money. With the purchase of 10 envelopes, they will gain the ability to elicit or communicate with their opponents through colorful emoji; with 20 will be able to choose between three different bosses instead of two at the beginning of each game; and, if the number of envelopes is 30, envelopes, and unlocks the ability to communicate with their opponents using a system of gestures, visual. 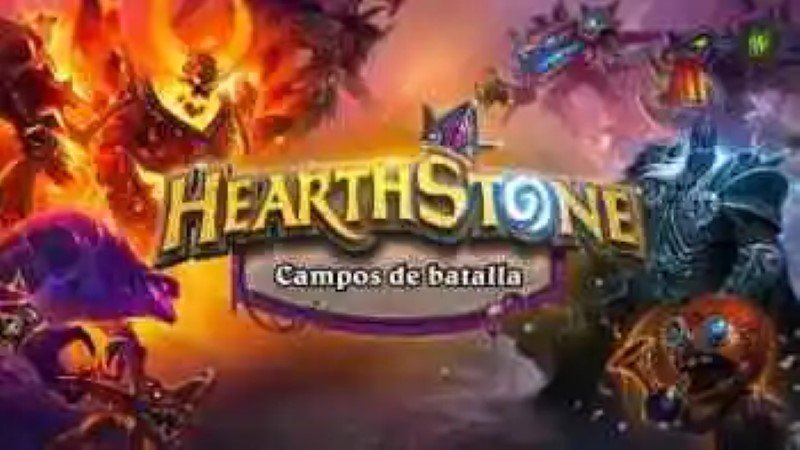 Brutal trailer of ‘The apostle’: Dan Stevens and Michael Sheen in the new savagery of Gareth Evans (‘The Raid’)
Eye to this. the Netflix has launched the powerful trailer of 'The ap...
Alcatel will present two new mobile phones in MWC 2013
There are only a few hours to start officially give the MWC 2013, whic...
PlatinumGames is not already involved in Granblue Fantasy Re: Link
Cygames will finish the RPG.Cygames and PlatinumGames have announced that ...
下载视频免费高清
有时你需要有高清视频开始演示文稿，或者包含在一个网页中，或离开它展示的一家店......视频得到了很多的关注，可以传达很多的感情，在任何时间，而不是...
Bibliography ►
Phoneia.com (November 1, 2019). Hearthstone announces battlefields, a new mode autobattler for 8 players. Recovered from https://phoneia.com/en/hearthstone-announces-battlefields-a-new-mode-autobattler-for-8-players/

This article was published by Phoneia, originally published in English and titled "Hearthstone announces battlefields, a new mode autobattler for 8 players", along with 18989 other articles. It is an honor for me to have you visit me and read my other writings.
◄ Google buys Fitbit to improve the ecosystem Wear OS
First trailer for ‘Hunters’: Al Pacino hunting nazis in the series of Jordan Peele for Amazon ►