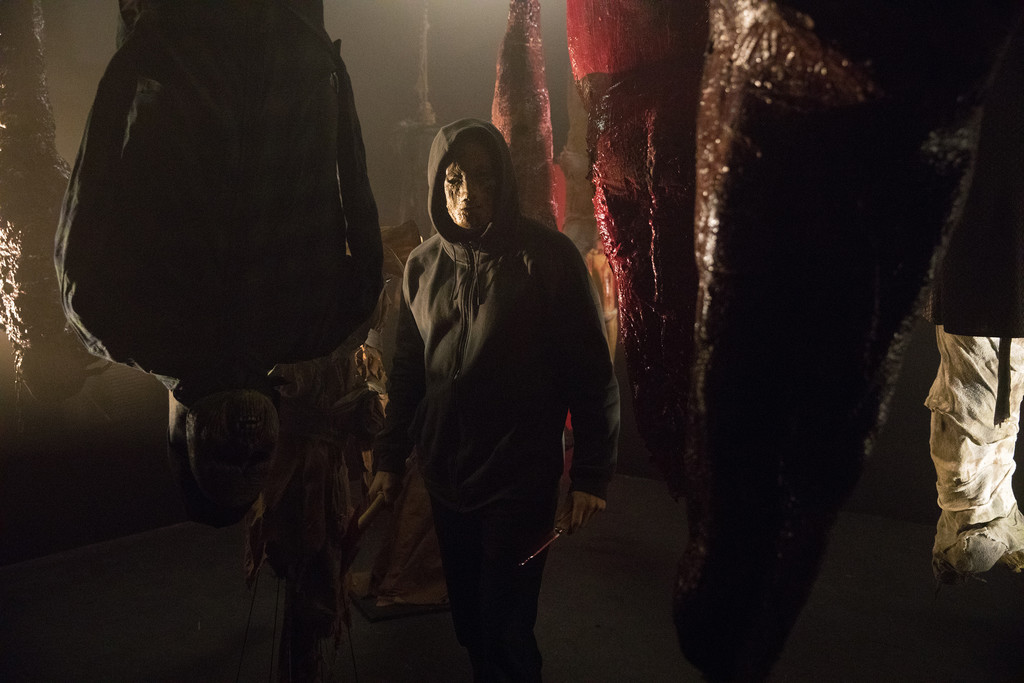 The attractions of the fair is an environment with a tradition negligible within the theater of terror: already in the times of ‘The cabinet of dr. Caligari’ (‘Das Cabinet des Dr. Caligari’) was a haven of esoteric knowledge, and aesthetic qualities from excessive and hell, and with ‘Freaks’, setting more circus-like but certainly with a point cognate to that of the passages of the terror, it became clear to us that behind the scenes, baked tragedy and monstrosity. In the eighties, the jump to the slasher was guaranteed.

it Was in 1981 with ‘The house of horrors’ (‘Funhouse’), one of the best films of Tobe Hopper after ‘The Texas chainsaw massacre’ (‘The Texas Chainsaw Massacre’), splendidly honored in the debut of Rob Zombie in 2003, ‘house of 1000 corpses’ (‘House of 1000 Corpses’). It was expected that the new generation of horror films, always attentive to the inspiration nostalgic, just looking at the passages of the terror modern, more sophisticated, more macabre, and more violent.

In fact, there is a precedent immediately to ‘Hell Fest’, although its tone is very different: the season 2 of the series of terror inspired by creepypastas Internet ‘Channel Zero’, entitled ‘No End House’: started his story with a group of young people penetrating in a mysterious passage of the terror of that would be marked forever. In ‘Hell Fest’ we also have the train of the witch’s final, a passage of terror huge that it is almost a theme park of the labyrinths of fear, and to which the protagonists go looking for some chills.

In this case, the threat is less metaphysical than that of ‘Channel Zero’: a psychokiller masked man staring at you silent and twist the head while you yell in panic. With the encouragement of in this environment it does not call the attention to a minimum: the premises where the potential victims is filled with brundlemoscas that spit green liquid, clowns zumbados and polis crazy you make the killer real to be very comfortable.

The great success of ‘Hell Fest’, as it is obvious that the originality is not among its major strengths, is the setting: sufficiently recognizable, but treated with care in the aesthetic that certainly puts the product above the average. is The bright colors, the blinding lights, the structures are narrow and maze-like, perfect for a slasher… and above all, never lose sight that we are in a passage of terror. That is to say, and unlike what tends to happen when one of these scenarios appears in a movie -within or not of the genre, the atmosphere is reconociblemente crappy, built with wood, corchopán and wallpaper. That is to say, as in a passage of terror is authentic.

it Is precisely the self-consciousness that we move through decorated “fake” le gives the film a special air, because it allows you to get metanarrative without being pretentious. The characters wander around schools haunted, churches, satanic, haunted houses, yet at no time leaves the feeling that everything is fake and that the characters know it. This enables you to not only enter a handful of winks (there is everything, but we can highlight the very caring Dr. Satan from ‘The house of 1000 corpses’), but slip a brief, simple, and very nice reflection on the artificiosidad of the genre.

For everything else, ‘Hell Fest’ runs with ease and without fuss, which is not little: Gregory Plotkin, director of the ‘Paranormal Activity: Dimension phantom’ and editor of ‘Let me out’, quite done with squeezing out the decor and portray the characters with some sympathy. His hand stands out in a couple of descocados moments ultragore, one of them even with practical effects planning and unusually descriptive, almost worthy of video nastie eighties.

unfortunately for lovers of gratuitous violence, the bodycount ‘Hell Fest’ is unusually low, and in addition are piled up in a final stretch of disappointing and rushed: the victims happen without too fuste and the climax for us comes preparing the film is unusually ill-planned. A certain bitter taste as the culmination of a film, however, interesting to devotees of the genre: their findings scenographic and his modesty is usually well worth to pay the entrance ticket to this train of the witch, for once non-metaphorical.

'open': a surprising and delightful romantic comedy that overcomes the clichés of the genre

'The spy that I planted' it is a good comedy, frantic in the failed parody

–
The news ‘Hell Fest’ shows that a splendid setting it is not enough to sustain by itself a slasher was originally published in Espinof by John Tones .

‘Hell Fest’ shows that a splendid setting it is not enough to sustain by itself a slasher
Source: english
September 28, 2018