‘Hellboy’ promises to feast: the reboot launches a new trailer full of monsters, destruction, and jokes

If a teaser or first trailer has to generate curiosity, advancement to “final” has to impress, and that is what is intended to Lionsgate with this new trailer ‘Hellboy’. Monsters of all kinds, cities being destroyed and impossible action, relying on the magic of CGI, everything is worth in order to leave with the mouth open to the potential public, convinced that what is going to happen great (even though you have already seen the most spectacular moments).

let’s Remember that this is a reboot of the also called ‘Hellboy’ (they could have changed a bit the title) premiered in 2004, with Ron Perlman of the protagonist under the direction of Guillermo del Toro. The new adaptation of the comics of Mike Mignola comes with the staging of Neil Marshall and David Harbour in the skin of the demon red.

the man behind the mask: 13 movies and series where Doug Jones showed that a big monster you need a great actor

it Gives you the feeling that this new version will be lighter and more playful than the previous, committed to provide fun to all. It is not a bad way to distance himself and make people forget the previous version, very well received (at least the first part, the sequel deserves to be forgotten). ‘Hellboy’ is released in cinemas April 12 even though the concert halls of spain will not come until may 17.

Milla Jovovich gives life to the villain of this new installment that, despite a restart of the franchise, and should include information about the origin of Hellboy, there will be a story about the origins of this particular antihero. The cast is complete with Ian McShane, Daniel Dae Kim, Sasha Lane, Penelope Mitchell, and Thomas Haden Church, among others. Below you can read the synopsis and official below I have left the three new posters of the film:

The Agency for Research and Advocacy Paranormal (AIDP) gives Hellboy the task of defeating an ancestral spirit: Nimue, known as the Queen of the Blood. Nimue was the lover to the very same Merlin during the reign of King Arthur, so he learned the spells that led her to become a witch more powerful. But the madness came over her, and bound him to the sorcerer for all eternity. Centuries ago they managed to put an end to this villain, enterrándola deeply, but it has returned from the dead with the intention of destroying humanity with his dark magic… 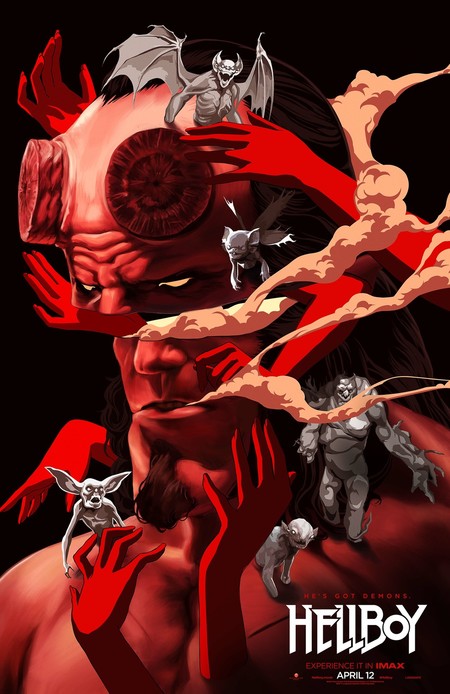 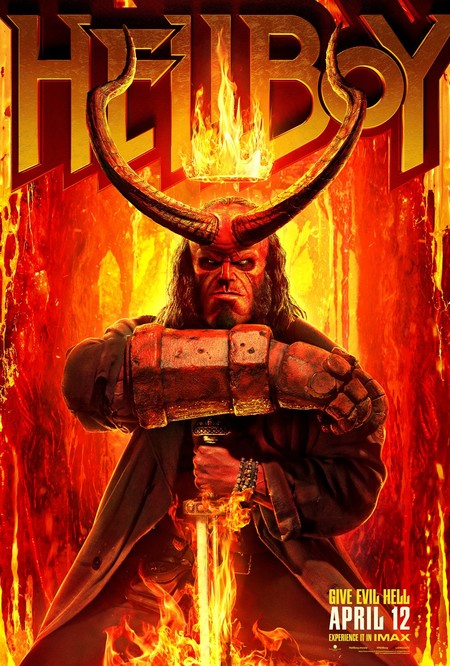 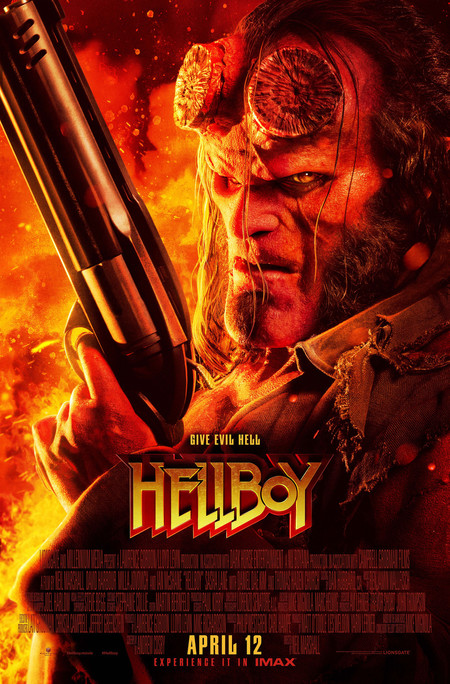 –
The news ‘Hellboy’ promises to feast: the reboot launches a new trailer full of monsters, destruction, and jokes was originally published in Espinof by Juan Luis Caviaro .