Here is the first image of the Huawei Mate X, which will be the first smartphone foldable and with 5G of the company 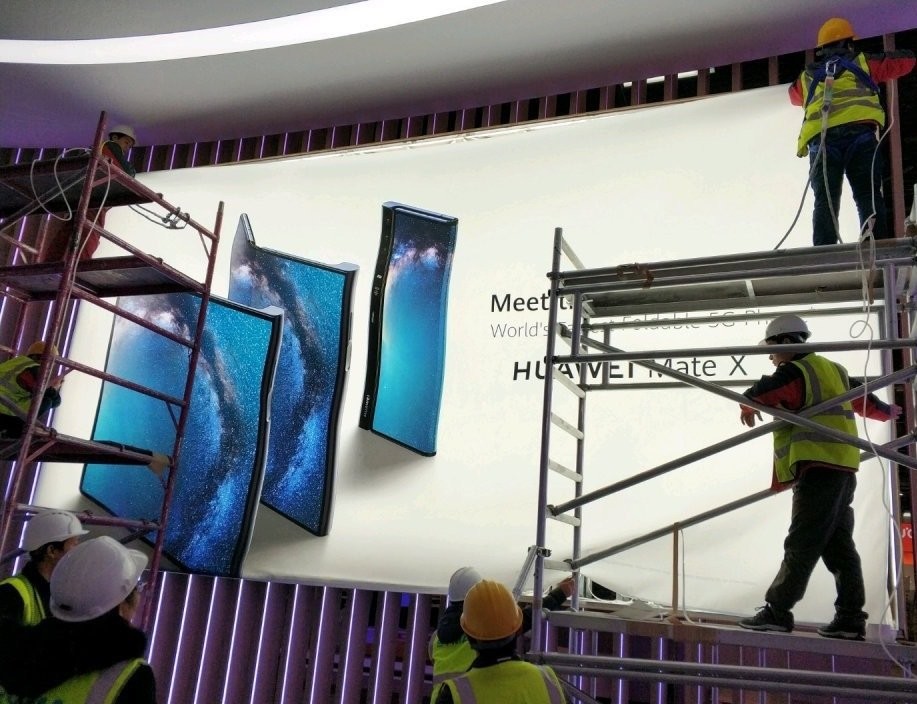 Already we are preparing for the conference that will take Huawei to the next Sunday at the start of the MWC 2019, where we already know who will be presenting your first smartphone folding as I showed the invitation to the event.

it seems that we will not have to wait until Sunday, as we just appear a photo that confirms that this smartphone will be known as the Huawei Mate X and it will not only be foldable, but it will also feature support for networks 5G.

It’s official: the Samsung Galaxy Fold is the most expensive mobile phone since 1996

All the details we’ll know on Sunday

After having met the first bet of this new type of folding design with the launch of the Galaxy Fold Samsung, it seems that the next in the list is Huawei, the one who has quoted the next February 24, from 14.00 hours to know which will be their first device with a screen that can bend.

The photo belongs to a Twitter user known as @gimme2pm, of what appears to be mounting either the conference or the stand it will have Huawei at MWC 2019, and where you see a great poster that confirms the launch of this Huawei Mate X.

Until the moment we have no specifications or technical details of this Huawei Mate X, but if we rely on the picture we can see that it is a different design with respect to the Galaxy Fold. Apparently this Matt X does not have external display as the fold-out screen would bend toward the outside, leaving both sides uncovered while we have it in that format.

Likewise, here we do not have that kind of ‘notch’ side of the Galaxy Fold and the frames are perceived more reduced. You can see a sensor of fingerprint side and the triple chamber, all of this content in a sort of module of increased thickness with respect to the screen. On the other hand, the image also confirms that it will be compatible with networks 5G.

fortunately we will not have to wait long, because this Sunday, February 24 we will leave doubts and know all the details of this interesting Huawei Mate X.

Samsung Galaxy S10, S10+, s10e netbook and Galaxy F: all that we know of the new Samsung for MWC

18 products of the ecosystem Xiaomi with shipping from Spain: from lamps to umbrellas

–
The news Here is the first image of the Huawei Mate X which will be the first smartphone foldable and with 5G of the company was originally published in Xataka .

Here is the first image of the Huawei Mate X, which will be the first smartphone foldable and with 5G of the company
Source: english
February 22, 2019