Is the movie of the moment, although those times are increasingly becoming shorter. The film Noah Baumbach has come to stay in the memory and to be another big one in the coming months. Among its many virtues must recognize that if something has been engraved in our head after seeing ‘Story of a marriage‘ is the song that plays Adam Driver at the end of the movie.

The song ‘Being Alive’ belongs to the musical ‘Company’, George Furth and Stephen Sondheim, author that, although it does not appear, is everywhere lately. In fact, is not the only song of his that appears in the film. At the end of the film, Charlie grabs the microphone in front of your computer to theater in New York after a divorce comprehensive of his wife, Nicole, played by Scarlett Johansson. ‘Company’ is focused on Bobby, a single man unable to assume the commitment in their relationships. It is composed of short scenes without any chronological order, and united among themselves by the celebration of the 35 birthday of its protagonist. 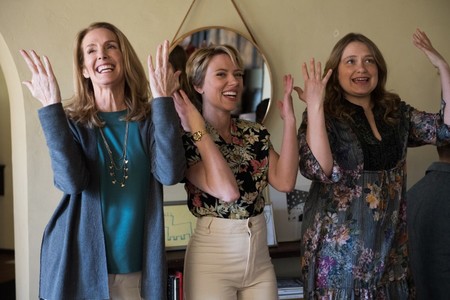 Shortly before we have seen it to interpret ‘You Can Drive a Person Crazy’, also by Sondheim, next to his mother and his sister. Charlie singing is only one of these underlined both like to Baumbach, one of the best giving emotional sense to the obvious. Charlie is a man used to having control over all aspects of life and, however, suddenly faces impotence, but also a path to follow. And have learned something along the way.

Of 'Kramer against Kramer' a 'the Story of a marriage': Noah Baumbach leaves it on Netflix one of the best films of divorces of Hollywood

it All culminates when he stands in front of their colleagues and performs a song about “someone who embraced me too, someone that I hurt you too much.” While singing, the theatricality disappears to let the pain of the divorce, that has been provided to the consciousness of being alive.

But the stars of ‘the Story of a marriage’ are not the only ones. In the ‘Daggers in the back‘ of Rian Johnson, the ‘Joker‘ Todd Phillips and or ‘The Morning Show‘, their characters have experienced different levels of breaking emotional through the music of the composer and lyricist of one form or another. 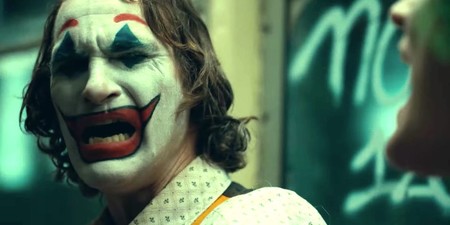 on one hand we have Daniel Craig playing private detective Benoit Blanc, who, in the midst of an investigation that leads to the outcome and waiting in a parked car, puts on headphones and sings   ‘Losing My Mind’. The song belongs to the musical ‘Follies’, with music and lyrics by Sondheim.

For its part, we have to Joaquin Phoenix, with the makeup job, and was addressed by a group of gañanes drunks who sing ‘Send In the Clowns’ from the musical ‘A Little Night Music’, by the same author. Finally, we find Jennifer Aniston singing a theme from ‘Sweeney Todd‘, the legendary musical that Sondheim is also the author. what we have escaped any more?

–
The news ‘Story of a marriage’ and the song by Stephen Sondheim that gives meaning to the movie of Netflix was originally published in Espinof by Kiko Vega .

‘History of marriage’ and the song by Stephen Sondheim that gives meaning to the Netflix movie
Source: english
December 11, 2019