History repeats itself: ‘Blade Runner 2049’ disappoints at the box office 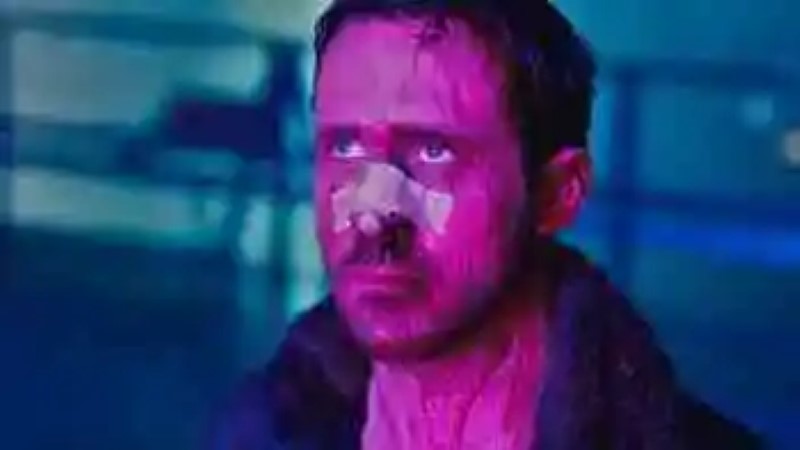 History repeats itself: ‘Blade Runner 2049’ disappoints at the box office
Although 'Blade Runner' is considered an undisputed classic of science-fiction, in his time was a failure; bad revi...

Although ‘Blade Runner’ is considered an undisputed classic of science-fiction, in his time was a failure; bad reviews and a disappointing debut at the box office.

after 35 years, comes a sequel in which they have spent 150 million dollars; this time the views are very positive but the current audience has not been interested enough to turn it into success.

► The requirements of Google Play for 2019: optimized applications for Android Foot and new security warning last year, Google launched its plan to ...
► History Timeline in Chrome, a new look on your browsing history P.ota.to Led by collaborating with Google...
► CS: GO Skin Betting Guide Over the last decade, the eSports indus...

‘Blade Runner 2049’ has achieved the objective of the # 1 in united States, however only has raised $ 31 million of dollars after your first weekend, when the pronóstico of the experts was 45-50M$ . Even tripling the data at the end of her commercial career, which is unlikely, your harvest will be away from the budget.

Its average per screen is high compared to the rest of titles in the listings but is lower than that of ‘Kingsman: The circle of gold’ (9.748$ ) or ‘It’ (30.076$ ), to mention two recent successes. Luckily for the makers of ‘Blade Runner 2049’, yes is working well in the market “international” and has reached 50 million, in summary, the global total is 81.7 million on the first weekend in billboard. We’ll see how it holds in the coming weeks, but we may have to wait another three decades to see a third installment… 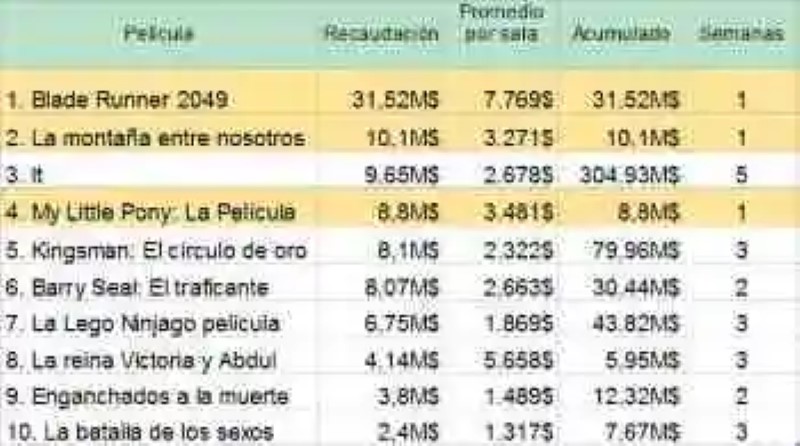 Neither have awakened much enthusiasm for the other news, if you look at the figures of average per room. In second position we find ‘The mountain between us’ (‘The Mountain Between Us’), a drama of survival starring Kate Winslet and Idris Elba, and two posts below comes the movie adaptation of ‘My Little Pony’, a proposal of animation family with Emily Blunt as a great star of the cast member.

–
The news The story is repeated: ‘Blade Runner 2049’ disappoints at the box office was originally published in Espinof by Juan Luis Caviaro.

Apple SIM already available in Spain
Last October, alongside iPad 2 and the iPad Air Mini 3, was the pres...
Bungie admits that Destiny 2 doesn’t engage the players more dedicated
They will work on offering more incentives and better.Luke Smith, director...
Some mobile Alcatel receive a suspicious app as a replacement to your gallery
If you have a mobile Alcatel I recommend you take a look to see if the ga...
They discover that the ‘app’ Ai.type, with nearly 40 million downloads, has been making purchases without permission
With almost 40,000,000 downloads and a rating of 4.2 out of 5, Ai.type is ...
Bibliography ►
Phoneia.com (October 8, 2017). History repeats itself: ‘Blade Runner 2049’ disappoints at the box office. Recovered from https://phoneia.com/en/history-repeats-itself-blade-runner-2049-disappoints-at-the-box-office/

This article was published by Phoneia, originally published in English and titled "History repeats itself: ‘Blade Runner 2049’ disappoints at the box office", along with 18986 other articles. It is an honor for me to have you visit me and read my other writings.
◄ First trailer with in-game engine Jurassic World Evolution
Collection Harry Potter steelbook of ‘Interstellar’ and doll of Rick Deckard in our Hunting Bargains ►