Hollywood loves sequels: Warren Beatty and Faye Dunaway will present the Oscar to the best film 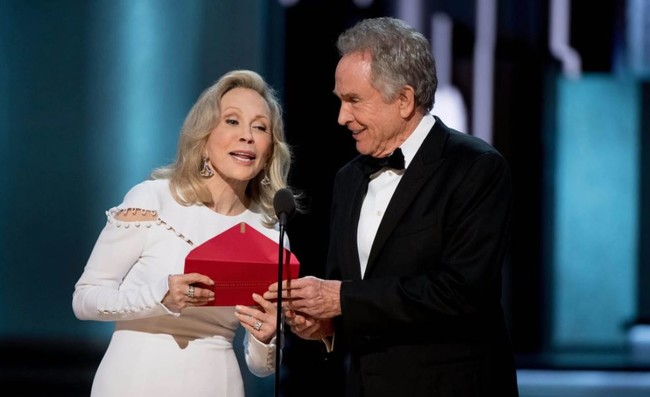 The Oscar of 2017 will be remembered forever for being the edition which was delivered initially the award for best film to ‘La La Land’, only to find minutes later that the true winner had been ‘Moonlight’. Two of the great protagonists of that historic error were Warren Beatty and Faye Dunaway, which were in charge of revealing the identity of the winner and are going to do it again in 2018, thus having the opportunity to take revenge for what happened.

in Addition, the protagonists of the mythical ‘Bonnie & Clyde’ have already been trialled, including several jokes about the incident last year. Yes, the writers still have not decided what it will be exactly what you’re going to say, something logical if we take into account expected that it will be time and how much you are going to analyze his words. Sure most expected that this was going to do it Jimmy Kimmel -safe and that something he says-but I think that the Academy has agreed with this decision.

apparently, during the rehearsal were able to hear phrases such as “file is better the second time” by Dunaway, to which Beatty quickly replied “The winner is ‘the wind’ (‘Gone with the Wind’)“. Something like that would be nice, but I hope that they Polish some more, that theirs would be that a situation never again to be repeated –have already taken steps to ensure this-.

Recall that last year, Beatty has already sensed it was happening something strange –the envelope that you received was the best actress by the name of Emma Stone for ‘The Land’ and not the movie– and ended up becoming a little crazy for Dunaway, who took a decision. She did not hesitate, and then came the whole mess when they finally discovered that it was an error.

Trailer for 'No love': the powerful drama from Andrey Zvyagintsev, which represents Russia in the next Oscar

'Summer 1993' out of the Oscar: these are the nine shortlisted as best foreign language film

–
The news Hollywood loves sequels: Warren Beatty and Faye Dunaway will present the Oscar for best film was originally published in Espinof by Mikel Zorrilla .