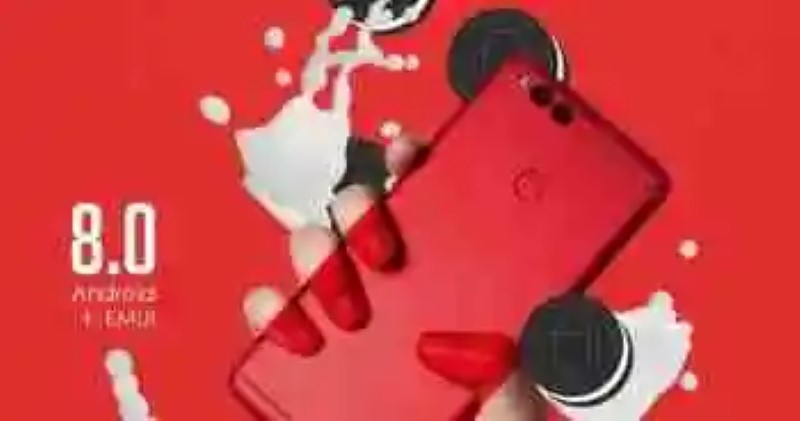 Honor 7X initiates its update to Android 8.0 Oreo support to Project Treble and facial recognition
The Honor 7X is one of the new mid-range screen display, 18:9, 4GB of RAM and 64GB of storage. A mobile with a good...

The Honor 7X is one of the new mid-range screen display, 18:9, 4GB of RAM and 64GB of storage. A mobile with a good quality-price that you can purchased for a little more than 200 euros. However I had a problem and is that your software was anchored in a version that already passed Android. Now, some six months after their exit the Honor announces that it begins to release the long-awaited update to Android 8.0 Oreo for the Honor 7X.

This update to Android 8.0 Oreo is already available via OTA for users of an Honor to 7X of the united States, opening the door to that in the next few weeks to reach the rest of the markets.

► ‘Too Good To Go’: the app to not throw away the leftover food in the restaurants Consume with head is a trend that more and m...
► Ghost of Tsushima will have a State-of-Play own the may 14, Sony has announced that next Thursday, 14 ma...
► The hole of the Samsung Galaxy S10 will be converted into LED notifications with this app a few years Ago all mobile son of a nei...

In fact, the versions of Spain, Italy, France and Germany have since march of access to the beta FUT (Friendly User Test). Now, those who have waited for the stable release will be able to begin updating their devices Honor 7X to Android 8.0 Oreo and EMUI 8.0, a version that has improved the stability and added various improvements such as a new dock, a redesign in the settings, recycle bin to the gallery, bind to two bluetooth devices and face unlock, a a security measure that was announced that it would end up coming to the Honor 7X.

The update to Android 8.0 Oreo and EMUI 8.0 comes with support for Project Treble and the face unlock. Already available in the US, will reach other markets over the next few weeks.

Another of the novelties of this update to Android 8.0 Oreo is that, according to remark from XDA-Developers, the Honor 7X receive support for Project Treble, allowing so that you can install easily ROMs generic based on AOSP as LineageOS 15.

An update that has been slow to arrive but we recommend to install in the time that is already available where you add all the advantages of Flash and facial recognition, a novelty that many mid-range, they are promoting and that the Honor 7X didn’t have. Now with this update the Honor 7X improvement in one of their sections more loosely how was the software.

–
The news Honor 7X initiates its update to Android 8.0 Oreo support to Project Treble and facial recognition was originally published in Xataka Android by Enrique Perez.

Red Dead Online detailing their developments with a new Fugitive, rewards, and more rewards
The multiplayer mode of Red Dead Redemption 2 opens the week with a new am...
Dwayne ‘The Rock’ Johnson published the first picture of the new ‘Baywatch’
ES In the image Dwayne Johnson appears along with Zac Efron, Alexandra...
Project Sanitarium aims to raise awareness about tuberculosis
A project of researchers and students. A group of students from Abertay U...
Nexus 4, Unlock, Root and Recovery for Dummies
Today I want to teach all lucky owners of a Nexus 4, the new terminal...
Bibliography ►
Phoneia.com (May 1, 2018). Honor 7X initiates its update to Android 8.0 Oreo support to Project Treble and facial recognition. Recovered from https://phoneia.com/en/honor-7x-initiates-its-update-to-android-8-0-oreo-support-to-project-treble-and-facial-recognition/

This article was published by Phoneia, originally published in English and titled "Honor 7X initiates its update to Android 8.0 Oreo support to Project Treble and facial recognition", along with 18986 other articles. It is an honor for me to have you visit me and read my other writings.
◄ ‘A series of catastrophic misfortunes’ retains all of its dark and macabre virtues in his second season
‘Arrested Development’ returns to surprise us: Netflix will premiere a new installation of the fourth season with more episodes ►