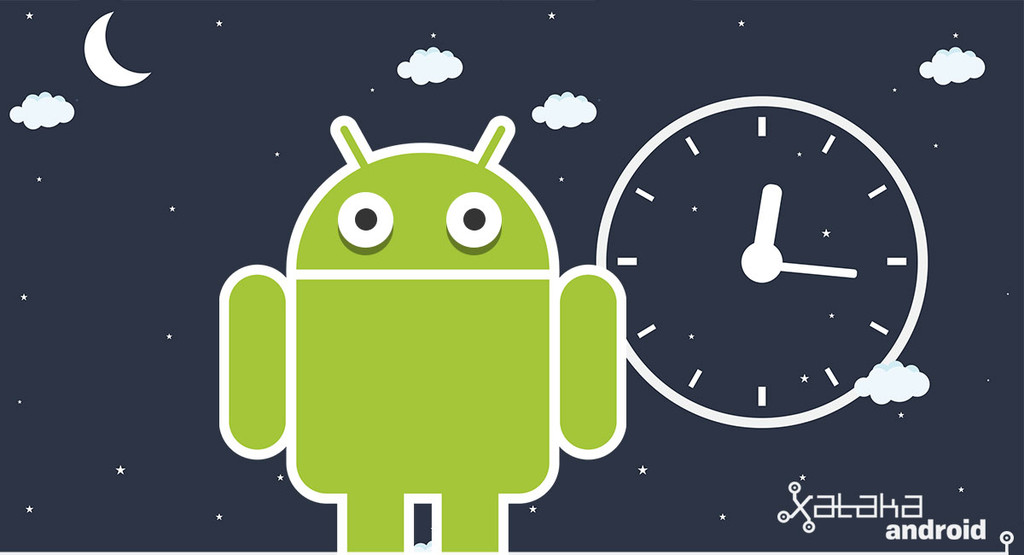 There are few things more annoying than when you’re paying attention to something in the mobile and the screen will turn off by itself because a long time ago not to play. And, if you do not have Smart Lock or similar, you can touch put again the PIN code or use the fingerprint.

in order To fix it we will see how you can keep the screen of your Android phone on, first changing the settings in Android and from the settings for developers, then show you how to do it with an app to make it easier to toggle between the screen mode always turned on and the normal mode.

Ideally the phone would keep the screen on until you turn it off, like the tv, but there is a problem: is the component that most drains the battery. The way to deal with this problem that have found the majority of operating systems is to set a timeout after which the screen will turn off by itself. On Android, this time out are usually 30 seconds.

If you do not touch the screen during the waiting time, it will turn off by itself.

that Is, Android keeps the screen turned on but not touch it for those 30 seconds, but from the 20 second brightness is reduced. If at any time you touch the screen, the account returns to start of zero. This setting can be changed in the settings, and is sometimes called waiting time or suspension time.

Seven apps that are draining the battery of your Android

To change the timeout you need to open the application from Android settings and then go to the section on Screen. There you should appear in, although the adjustment in question can move from place to place in other layers of personalization. If in case you have trouble finding the adjustment, use the search box within the settings. 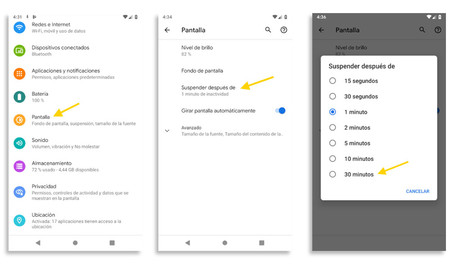 The configurations can vary from one mobile to another, but generally you’ll be able to choose a strip that will from 15 seconds up to 30 minutes. Choose the one that will convince you, although if you choose a high number, remember to turn off the screen manually, since it not only wastes the battery fast, but you can get to burn the image.

Keep the screen on while charging

The normal setting of Android does not allow you to keep the screen always on, but yes you can do it from the settings for developers, at least while the mobile phone is plugged in. These settings are hidden by default, so that first of all you must activate them. The way to do it has not changed for years: go to Android Settings, section device information, and tap seven times on the build number. 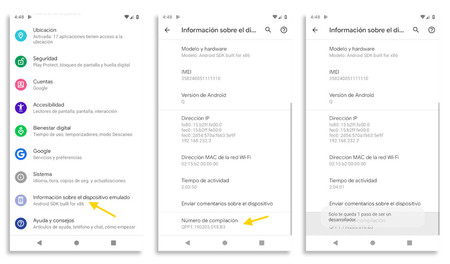 A text warns you that the developer options are enabled, and to enter them you need to go back on your steps, in the Settings, entering this time in the System. Here you will find the developer Options, and one of the first in the list is Screen always on when charging. 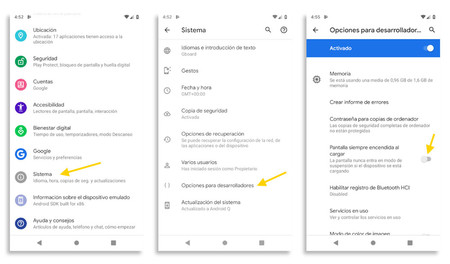 it is Not possible to activate this option without loading the device, so if that is what you are interested in, you need a third-party application as we will see below.

Using Caffeine to keep the screen turned on

If any of the previous sections we solve the ballot, it will always be Google Play. There are numerous applications whose sole purpose is to allow you to keep the screen on. One of the most up to date is Caffeine, which can be used as a quick fit in Android mobile Nougat or higher. 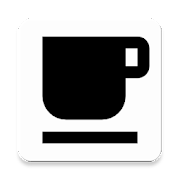 After you install it you’ll notice that, surprise, does not appear in the app drawer. This is because it only works as a quick setting, allowing you to keep the screen turned on more easily. To be able to use it, you need to first add your quick fit, by displaying the notification panel and tapping on the pencil icon (note: the method may be slightly different in layers of customization). Then, drag its icon, which is a cup of coffee. 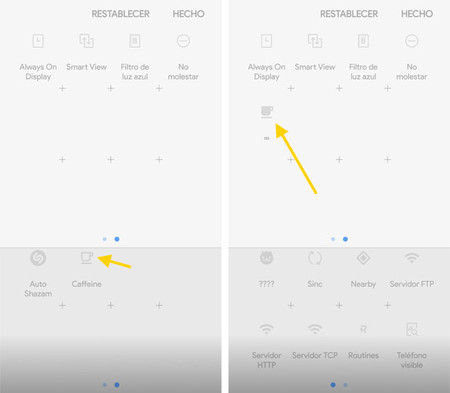 The fast adjustment by itself does nothing, but you have to activate by yourself. First, pull down the notification panel and quick settings, tap on the icon of Caffeine to activate it. The default mode will be active the screen for a minute, but touching on this text are alternating between different settings, to finally see the infinity symbol. 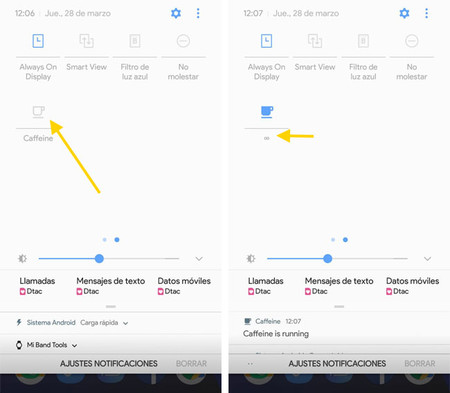 Now yes, the screen will remain active indefinitely and regardless of whether the mobile is charging or not. If at any time you want the mobile back to behave as always, that is to say, the screen turns off by itself, you just have to go back over your steps and turn it off in the quick settings Android.

–
The news How to avoid that the mobile screen is turn off automatically in Android was originally published in Xataka Android by Ivan Ramirez .