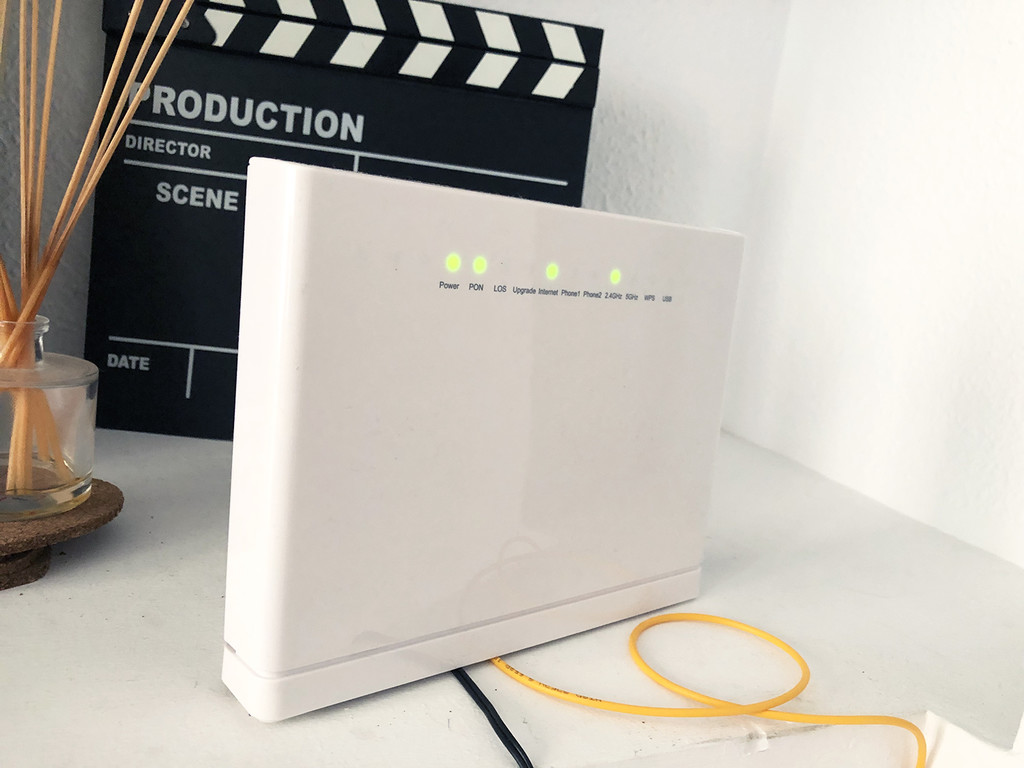 The WiFi is not a perfect net, you have failures, it falls, it’s going slow… In some cases, this may be because the router be in a bad position, or be a little bit powerful, to the antenna of your mobile is working bad or simply you are suffering from interference. In fact, it is very likely that this is the cause and the root of the problem lies in the channels.

Let’s review what are the channels, how to know what is using our router, which are the most we should use and, of course, how to change it all directly from our Android device.

The WiFi channels and interference

here are all the WiFi channels. As you can see, all of them overlapping each other.

let’s Start with the basics. The vast majority of WiFi routers emit in the band of 2.4 GHz, that is classic and with the that all mobile phones are compatible. This ranges from 2.412 MHz to 2.472 MHz and is divided in 13 channels.

These 13 channels comprises a spectrum of 100 MHz, but each one has 20 MHz, so if you do the accounts… does not come out. Not to be that the channels overlap between them, of course.

That is exactly what happens.

The channels overlap each other, so that each channel occupies a part of the spectrum of the underlying. In the image above, you can see more graphics and the clearest example of this is the channel 1, whose bandwidth reaches up to the channel 3. This means that a router that broadcasts on channel 1 will be generating interference to a router that broadcasts on channel 2 and another that aired on channel 3, and so all with all.

The interferences come generated, mainly, by the overlapping of the channels

A possible solution is to move to the 5 GHz band, that is less saturated because it has 25 non-overlapping channels and capacity for greater speed (but less range), but not all routers can broadcast on that band, about all of the old. In addition, not all phones have an antenna that is compatible with the 5 GHz band, so that is not a solution, let’s say, universal. What is left to us, then? To change the channel. 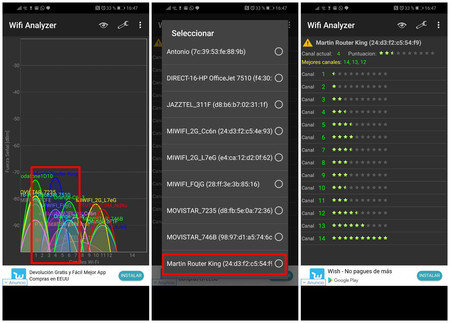 In the image, all the routers by issuing around us. The our is marked in red.

And what channel you need to change? The least saturated is, of course. To know what it is you can use a completely free application and well-known in Google Play called WiFi Analyzer. This will show all WiFi routers that are emitting close to you, your power and the channel they are using in a graph.

As you can see above, we have a host of routers, emitting in the same channel or overlapping with us, what can cause interference, drop-outs, speed reductions, etc With this information we have enough to change the channel, but we can go further.

If you roll three times to the left, you’ll have access to a ranking. Click on the “Choose your AP” and select your WiFi network. Will show you what channel you’re using right now, and what it is, according to the who there is around you, you should change to have an optimum connection. The 14 always pops up with all the stars, but you can’t use. In our case, we are using the 4 and we’d move it to the 14 (which we cannot), to 13 or 12.

And now, what we change quickly 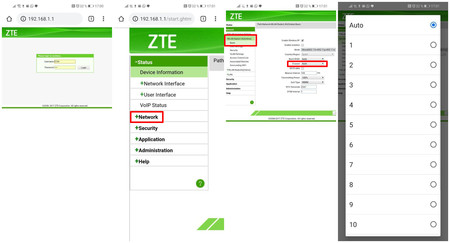 Change the channels of WiFi is as simple as accessing the router.

we Already know the channel is optimal, so now’s the time to change it on our router. To do this, open any web browser, whether on your mobile or on the computer, and write the address 192.168.1.1. You will be prompted for some credentials which, if you haven’t changed, they are probably admin/admin, 1234/1234 or a combination of both.

most routers are configured to choose the channel automatically, and this is a great option

Now it depends on the router that the access is in one place or another, but basically you have find the option to change the broadcast channel. In our router, which is a ZTE F680, the option is in “Network” > “WLAN Radio 2.4 G”. The default is usually set to automatic, an advisable option since, in theory, choose the one that best fits according to our location, but if you still want to change it, select the corresponding section and change it.

Save the modifications and ready, channel changed. In theory you should notice a small cut and then an improvement in the connection. is may Possibly be temporary, since if the routers of your neighbors are set to auto and detect the channel you’re using is the best, they will change and you will have to repeat the process. At least you already know how to do it.

–
The news How to change the channel of your WiFi to gain power and coverage was originally published in Xataka Android by Jose García Nieto .

phoneia.com (January 11, 2020). How to change the channel of your WiFi to gain power and coverage. Bogotá: E-Cultura Group. Recovered from https://phoneia.com/en/how-to-change-the-channel-of-your-wifi-to-gain-power-and-coverage/