How to create a folder in Android 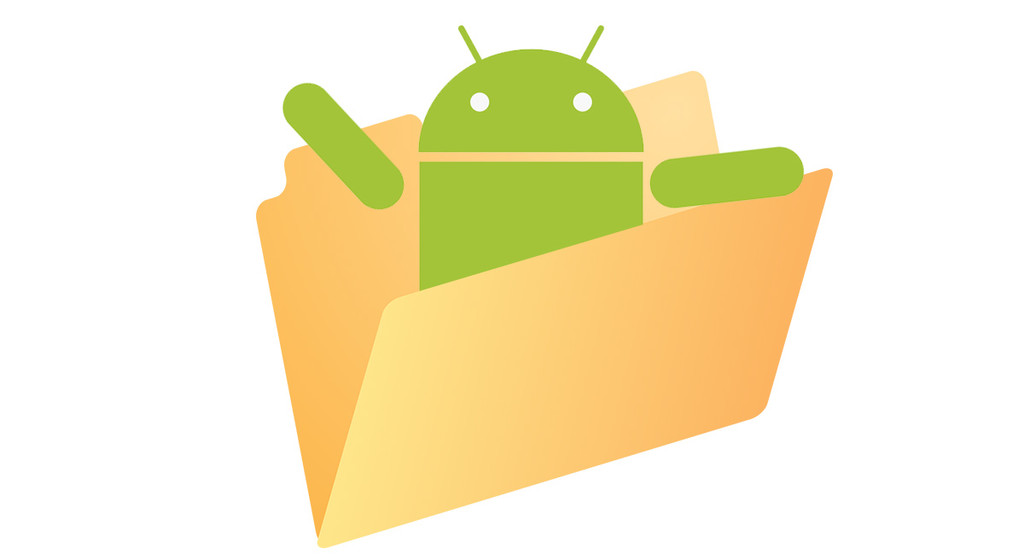 Some of us are obsessed with the folders, because they allow us to keep everything well organized and labeled. Android is not an exception, and you can create folders of several types. Very different among themselves, but with the same utility: grouping of elements related to that you find them more easily.

In this article we will look at the three types of folders that you can create in Android: the folders on the home screen of the mobile phone, the folders in the app drawer and the folders to the old-fashioned way, in the files from the mobile device, either internal memory or on a microSD card.

Folders on the home screen

The home screen territory of the launcher or launcher, and therefore the function of creating folders is dependent on him. Luckily, the vast majority of launchers for Android supports creating folders, and the good news is that in almost all cases is done the same way.

What is a launcher or launcher and how to change my Android?

Generally, the only thing you have to do is a long tap on an icon until you can move on the screen. Then, drop it on top of another icon that you want to include it in the same folder. If you need an explanation more visual, you’ve got it in the following animation:

After you create the folder, tapping on it opens a preview, from which you can edit folder name. In some launchers you have other additional customization options, such as choosing a proper color.

while the previous method will serve in most Android phones, there are pitchers peculiar that may not have support for folders. If that is your case, then your only alternative is to install another launcher such as, for example, Nova Launcher.

Folders in the app drawer

Usually the app drawer should only have applications, but some launchers also allow you to create folders in it. If you’re not sure which is the app drawer is the list of all apps installed on Android and is available in most launchers on Android.

In the launchers that support it, for example, the mobile Samsung, is done in an identical way as you create folders on the home screen. First you do a long tap on an icon and then loose over the top of another. This will create a folder that contains both applications.

In Nova Launcher it is also possible to create folders in the app drawer, although the process is different and a little longer. In the app drawer, you must make a long tap on the app that you want to include in the folder, and then touch the pencil icon. Here, you will need to choose + New group to create the folder.

In the next step you must choose Folder in the drop-down and put a name to the same. If you want to, you can choose the applications that are included in this folder is displayed by itself in the app drawer or not. 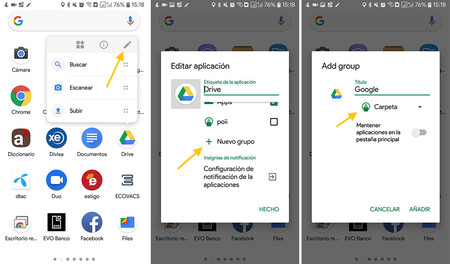 The bad news is that you need to repeat this process for all other applications you want to include in the folder, which definitely is going to take more time dragging icons on top of icons like in other launchers.

Folders in the storage in the mobile

finally, we must not forget that the folders “of truth”, those that are used to save files in an orderly manner, instead of leaving them all scattered in the same place. It is possible to create folders of files from any file manager worth its salt.

Google Files is the simple file manager of the company that has no advertising or nasty surprises, and allows you to create folders easily. To do so, you must enter the section Explore, and then enter in the internal storage or the SD memory card, depending on where you want to create your folder. After, open the menu and choose Add folder. 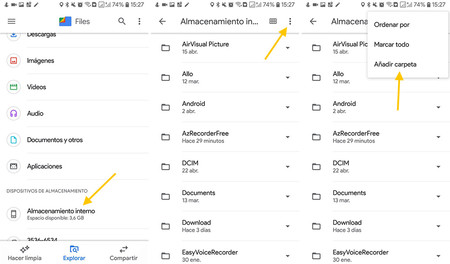 The only thing you need is to choose a name for your folder and click Create folder. The folder is created instantly and you will see that it appears in the listing right after, with the name you have chosen. If you are not convinced of that name, by the way, what you can change by tapping on the arrow to its right and choosing Change name. 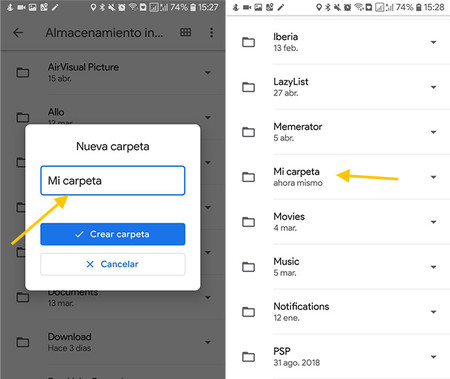 The folder is created, but it is empty in its interior. If you want to copy files to its interior, as for example photos or videos, you will need to do it manually, either by tapping on the arrow next to the file and choosing Copy it or by selecting multiple files at once and using the menu at the top of the window.

How to hide apps on Android

How to free up space with Files Google

–
The news How to create a folder in Android was originally published in Xataka Android by Ivan Ramirez .

How to create a folder in Android
Source: english
May 7, 2019