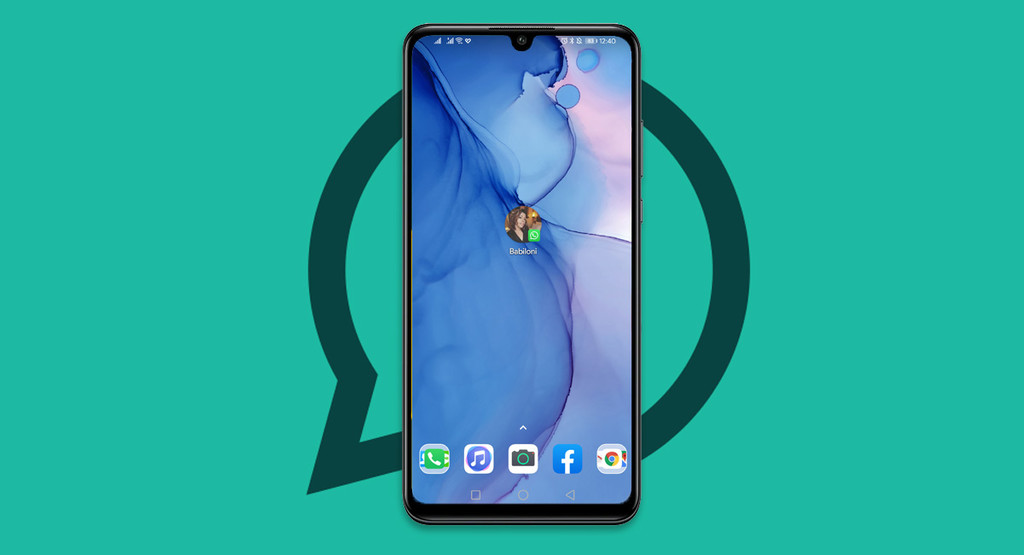 Even if you have hundreds of contacts in WhatsApp, what is normal is the final talk in a handful of chats most of the times. If you want to do it still faster, in WhatsApp for Android you can create a shortcut to any chat on the home screen.

These shortcuts allow you to open a chat directly without having to first open WhatsApp and then search for that contact. WhatsApp allows you to create these shortcuts, both to certain contacts and groups.

Three ways to do the same thing

WhatsApp: 19 tricks (and some extra) to make the most of this app of instant messaging

From the widgets in the launcher

There are three ways to do the same. The first one is from the menu to add widgets which include the majority of pitchers. The way of adding widgets may vary from one launcher to another, though usually done with a long tap on the home screen. Then search a WhatsApp from the list and tap on the widget called direct Access. 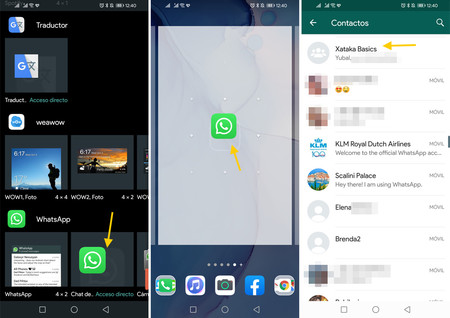 You will then locate the widget itself -that has the look of an icon – in the location you want to place on the home screen. As soon as plantes, opens the select contacts of WhatsApp, where we include groups. Choose the one you want to add to the shortcut.

you Can achieve exactly the same thing from WhatsApp. To do this you must first open the chat or the group to which you want to create a shortcut on your mobile phone and then touch the menu button. The option that you need, Create shortcut, located within More. 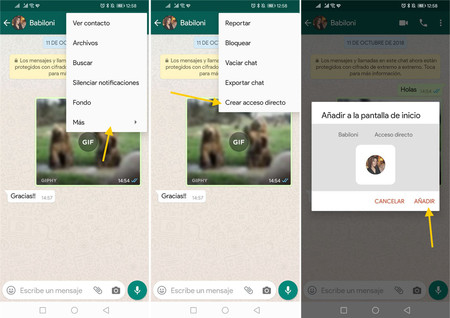 then Appears a window indicating that you are going to add to home screen the widget. This screen depends on the launcher, so that you can switch from one to the other. In some cases, you can leave customize the appearance before you add it to.

From the App Shortcuts

If the previous two methods don’t seem to be enough, there is a third, and probably the fastest: using the App Shortcuts that Android introduced in Nougat. Once more, this depends entirely on your application launcher. In some launchers such as Nova Launcher you can open the App Shortcuts with a long tap on the icon of WhatsApp and then do another long tap on the chats show to turn them into shortcuts. 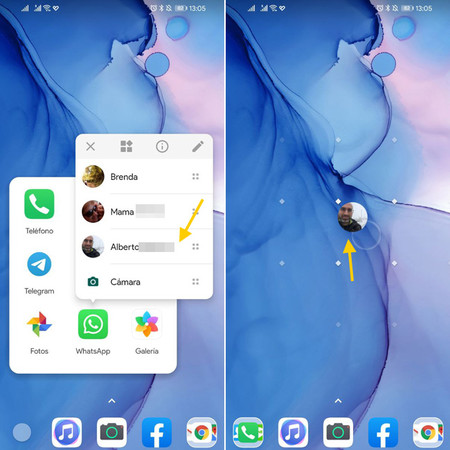 The downside of this method is that it is only for the few chats that are displayed in the menu of App Shortcuts, they are usually the last three people with whom you’ve chatted on WhatsApp. The advantage is that it is still faster than the rest of methods.

How to save a chat full of WhatsApp your pictures, stickers and other

How to avoid being added to groups on WhatsApp

–
The news How to create a shortcut to a contact in WhatsApp to open your chat quickly was originally published in Xataka Android by Ivan Ramirez .

How to create a shortcut to a contact in WhatsApp to open your chat quickly
Source: english
November 28, 2019