How to do a reverse lookup of images in Android 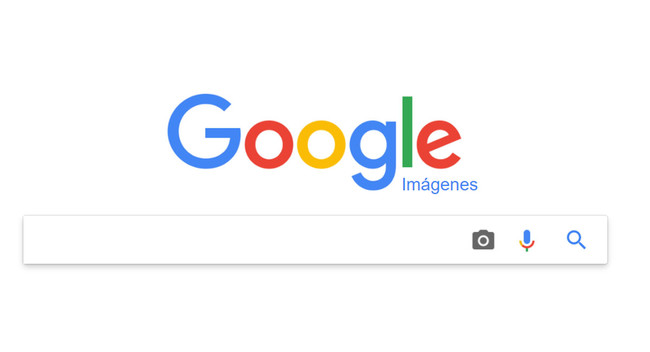 A cool feature of Google is the possibility of use an image to search for, instead of sticking just to words: it is what is known as the reverse lookup images: instead of using text to find images, use images to find text… or other images.

The reverse search of images is now several years between us, but in all this time no one at Google has thought to include it in the web version of Google or the Google application: officially does not exist in Android, but there are methods to do reverse lookups of images from Android. 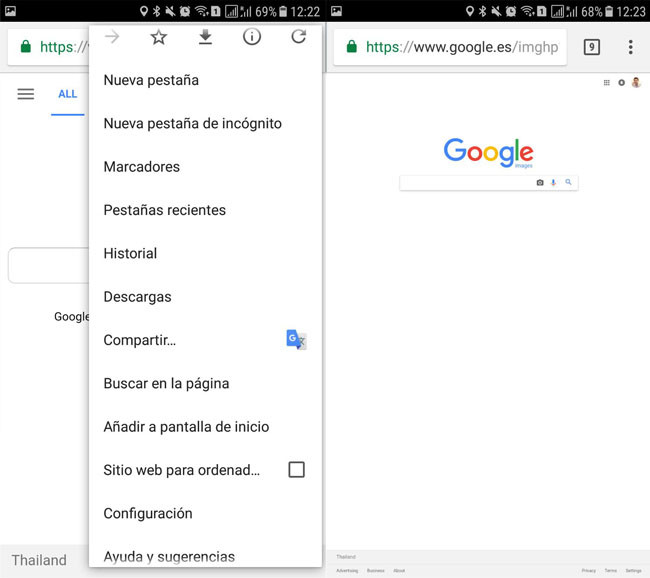 The web version of Google does not include reverse search of images, but the Desktop. The trick is to open the search image in Google Chrome, open the options menu of Chrome and select web Site for computer to force the load of the normal version for the desktop.

Everything looks smaller, and you’ll probably have to zoom, but you will see that the icon of the camera has reappeared. In Android you will be (almost) impossible to drag an image to the browser, so you have two options: or you’re looking for from the web address of the image, or upload image. This is the option you should use if you want to find an image that you have saved in your mobile. 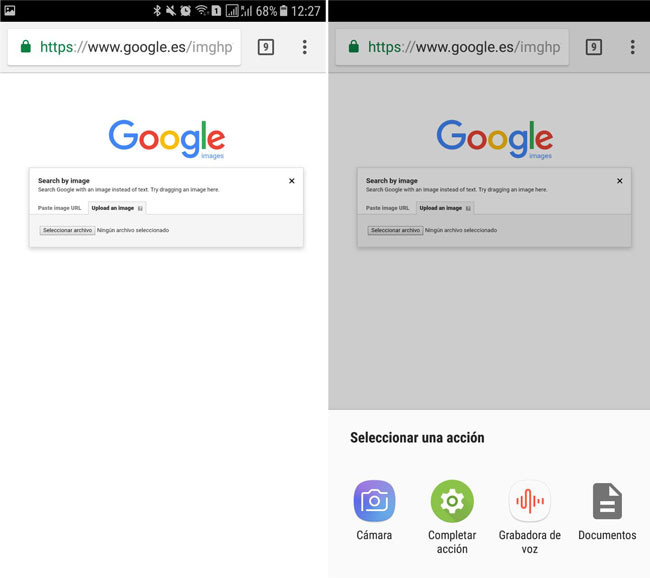 The list of applications that you suggested Google Chrome with which you can upload the file is a little zany, joining the voice recorder and the camera. It is best to choose Documents, because from here you’ll be able to find any image stored on your mobile phone. 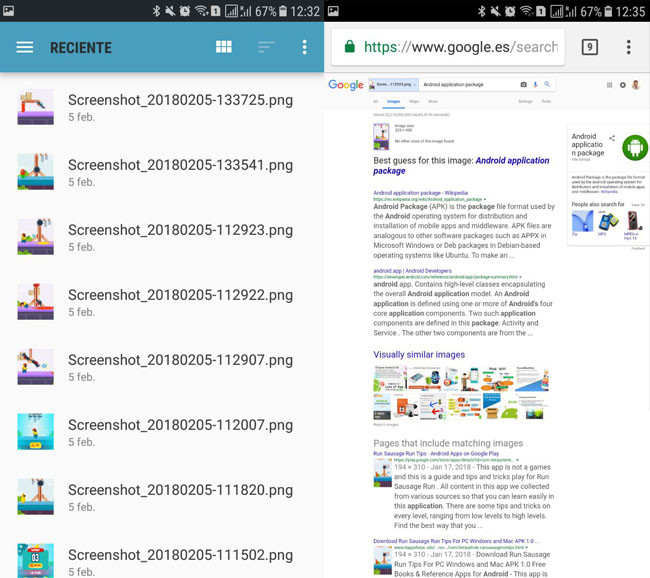 Choose the image you want to use in your search and it will be uploaded and will automatically search for. The result is variable, although in this case it has worked out quite well: I’ve searched for a screen capture of Run, a Sausage, Run and the third link is to its tab in Google Play. The only downside of this method is that everything looks a little small, so you don’t need to zoom in to be able to read the results.

Option 2: with an application

If you are going to use the reverse search of images quite often, then you are interested in using a specialized application designed to make the task, such as Image Search. With it, you can do reverse lookups of the image more easily, and using the Share feature of Android.

The application itself is fairly simple, although if you want you can make a few adjustments in the settings, as if you want the results to be displayed in the browser or in the Custom Chrome tabs or if you want to use any regional version of Google. The default settings work well, so that you only need click on the icon floating to upload the image you want to search. 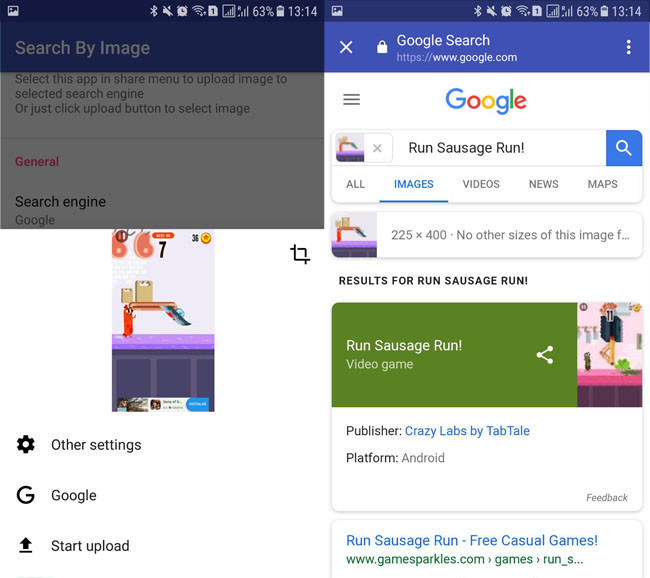 Before performing the search, it shows a small tab where you can adjust options or choose the finder. Generally you do not need to touch anything here, so press Start upload to upload the image and receive the results on a version of Google images that, unlike the previous method, yes it is mobile optimized. 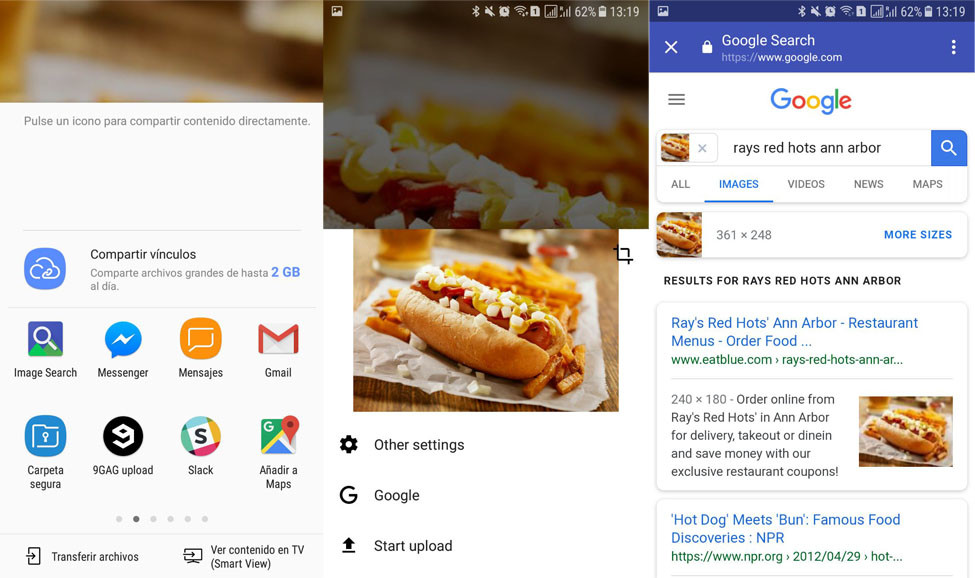 The best of Image Search is that you can share an image from the share menu Android to do searches in Google. Otherwise, the steps are the same as in the previous case: a window with settings and then the window of results.

In Xataka Basic | reverse Lookup for Google images: how to use it

–
The news How to do a reverse search images on Android was originally published in Xataka Android by Ivan Ramirez .

How to do a reverse lookup of images in Android
Source: english
February 12, 2018