How to empty trash in Android

How to empty trash in Android
Some operating systems, such as Windows, include a kind of purgatory before you delete a file definitively: recyc...

Some operating systems, such as Windows, include a kind of purgatory before you delete a file definitively: recycle bin. It is normal to forget about their content, except when you need to recover files you deleted without wanting to, since its content is cleared every time to time.

Android as such does not have a trash bin, although some layers of personalization and applications include a similar function, and sometimes with the same name. Sometimes you prefer to deleted it is deleted permanently and therefore you’ll want to empty this trash. The way to do it.

► Oh Nicolas Cage will be ‘Tiger King’! In place of a series based on the incredible story of Joe Exotic it could Not be another. Nicolas Cage be ...
► More than nine million players have participated in the beta of Star Wars: Battlefront DICE has confirmed. EA and DICE have confi...
► Zanki Zero: Last Beginning arrives in the West on the 9th of may Is the new from the creators of Danganronpa....

Emptying the trash in Google Photos

Google Photos is one of the most popular applications that includes its own trash. It will stop all photos and videos that you delete Google Photos and are automatically deleted after 60 days. If you want to, you can always speed up the process by entering in your own trash, and deleting their contents. 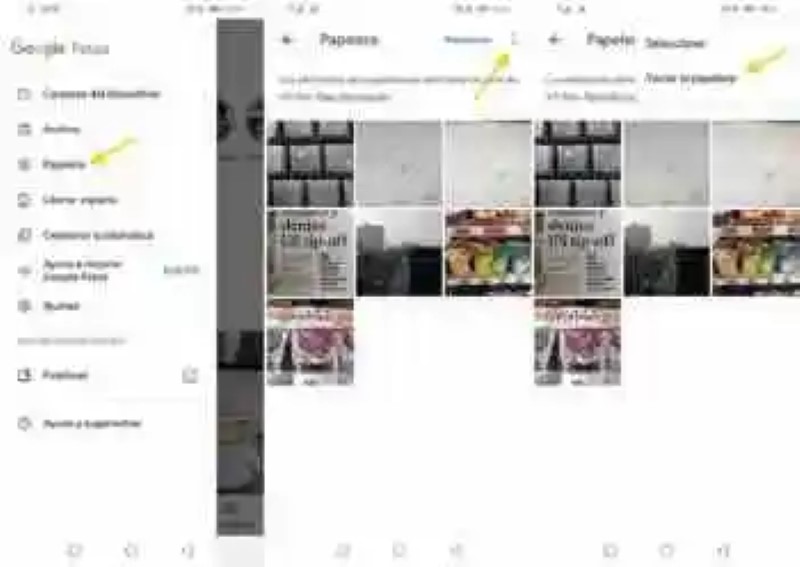 To do this, open the side panel of Google Photos, and go into Trash. Tap then on the button of the menu and, finally, choose Emptying the trash. Keep in mind that this is irreversible and you will not be able to retrieve the content from the trash after emptying it.

How to recover deleted pictures from WhatsApp

Empty the recycle bin of the Gallery

Many Android phones come with Google Photos preinstalled as gallery app, but some layers of customization continue to be committed to your own gallery classic. This gallery app you can have your own trash, perhaps under another name such as Items recently deleted, which is as lllama Huawei in the gallery app of EMUI. 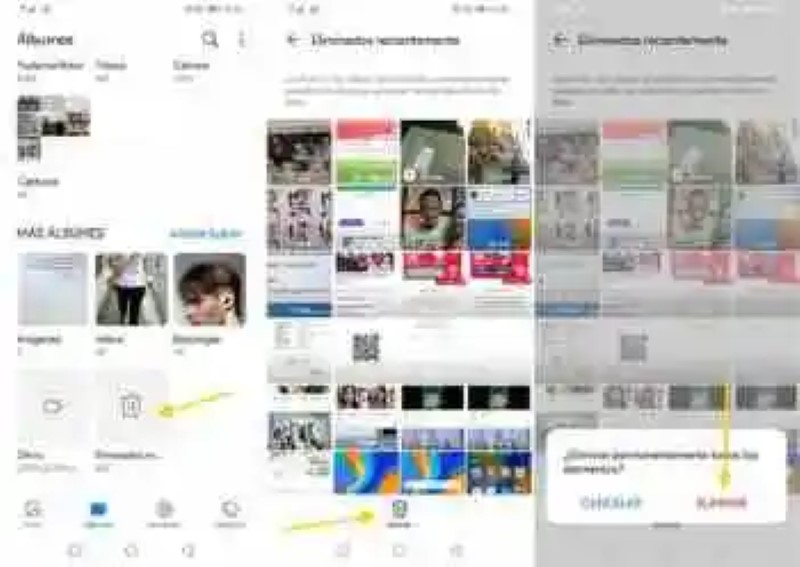 Here, unfortunately, we can not guide you step-by-step, because it depends on each gallery app and not all will have the option. In EMUI, the items recently deleted -that is to say, the trash – is shown as an album more, so that you must enter it and then tap on Delete. If your mobile has an application gallery with trash, it is quite possible that the process will be similar.

Emptying the trash in Google Drive

Another application that has trash is Google Drive, in this case, including any photo, video, document or any other file that you’ve recently cleared after uploading it to Google Drive. Is accessed again from the side panel, entering into the Trash. 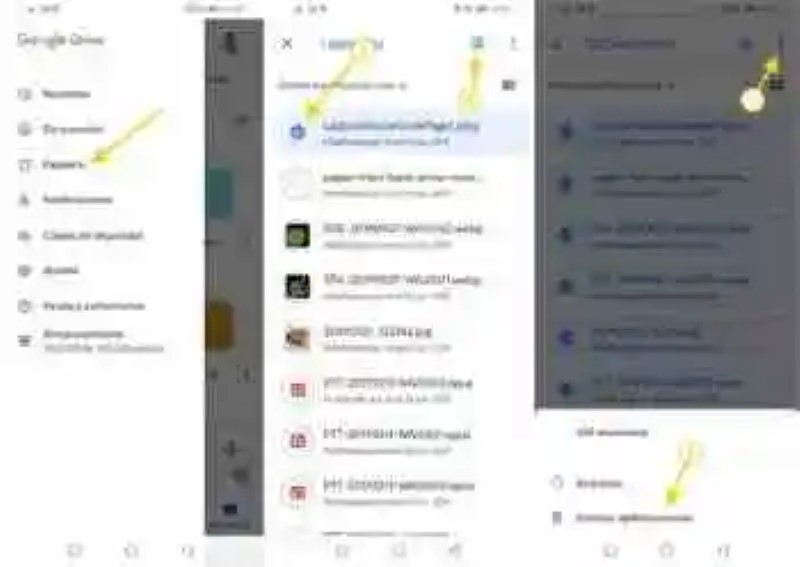 Empty the trash in Google Drive is a little more complicated than in other applications, because there is no button as such. In its place, you have to select all the files with a long tap on one of them and then using the button Select all, and then use the options menu and choose permanently Delete.

Emptying the trash from Gmail

finally, we must not forget the Gmail trash, the place where people go to stop all the email messages that you delete and are kept for 30 days before disappearing forever. If you want to delete them already, you just need to enter Bin and press Empty trash now. 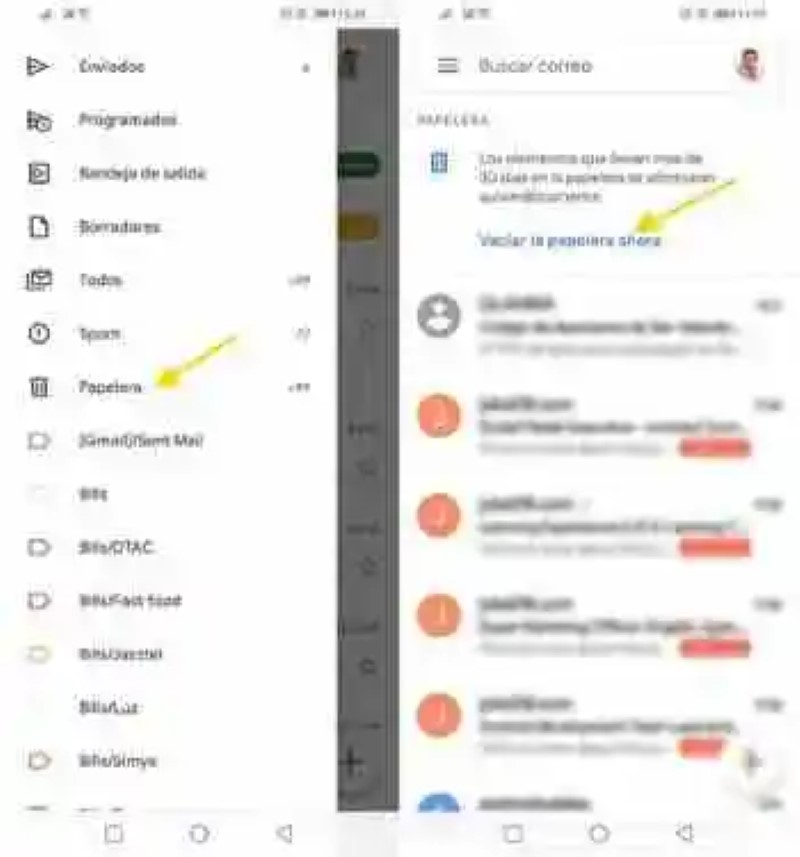 In this article we have covered the main applications with a function of recycle or the like, although it could be more. If you are looking for how to empty the trash of another application, it is normal that the process is not very different from that of previous applications.

–
The news How to empty the recycle Android was originally published in Xataka Android by Ivan Ramirez.

Google temporarily stopped the update to Android Q Beta 4 on their devices Pixel
As we continue discovering developments that hides Android Q Beta 4, as...
ASETNIOP a different virtual keyboard for tablets
The text entry methods are one of the sections that limit productivity ...
‘Shades of Blue’ will end in its third season: Jennifer Lopez says goodbye to the detective Santos
After two years of broadcast in the north american chain, NBC, the police...
Steam Link comes to Android: so you can play on your mobile phone, tablet, or Android TV to the games of your PC
The application of Steam Link:, which allows us to play stream to the gam...
Bibliography ►
Phoneia.com (January 9, 2020). How to empty trash in Android. Recovered from https://phoneia.com/en/how-to-empty-trash-in-android/

This article was published by Phoneia, originally published in English and titled "How to empty trash in Android", along with 18988 other articles. It is an honor for me to have you visit me and read my other writings.
◄ How too many gifts of Kings? Give away what you are not going to use it with the app ‘Gratix’
Warner Bros will handle the creation and distribution of their projects through artificial intelligence ►