How to have rounded corners on the screen of your Android 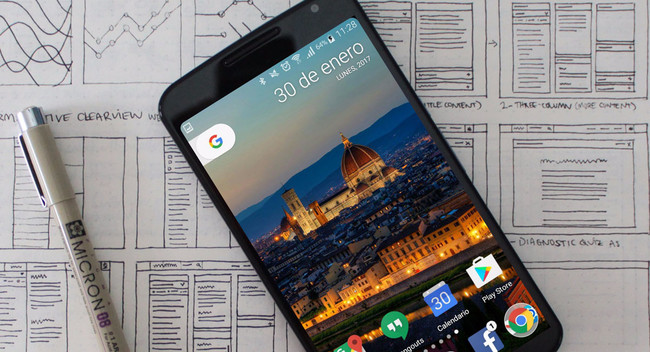 Although most of the Android phones have a rounded body, the screens -at least the part lit – still having square corners in the great majority of the cases (for an exception, to be confirmed, would be the LG G6).

luckily, this is Android so you can do almost anything you want with your mobile. What you want rounded corners? Because you have rounded corners. Today we are going to tell how to achieve this detail aesthetic using Cornerfly, a new app for Android.

Cornerfly is not the first app to bring you the rounded corners in Android. For example, about four years ago you talked RoundR, another application to achieve the same thing. RoundR is still available on Google Play, although not updated since 2014. That’s why I’ve chosen to use Cornerfly, fresh out of the oven and better prepared for the Android of today.

in order To enjoy your stylized screen with rounded corners the first thing you need is to install Cornerfly and open the application. The first thing that will Cornerfly is to warn you of the permissions you need to grant, and guide you in its activation. 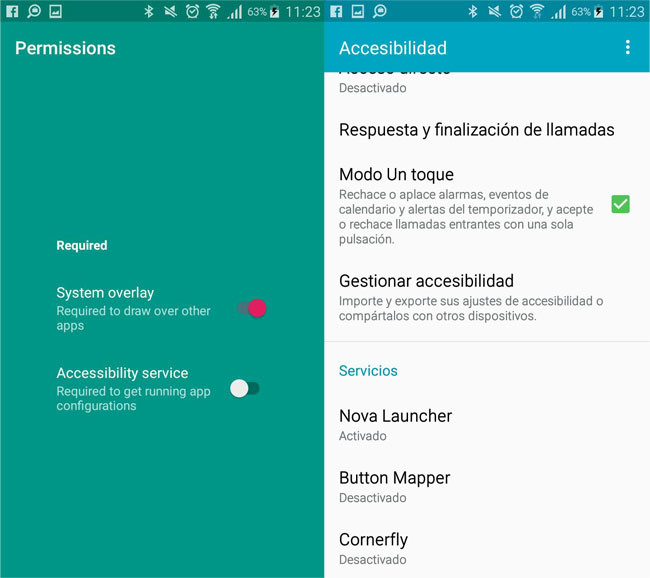 Activate it for all or some applications

To enable the above permissions are the edges of your screen will immediately become rounded. The default configuration adds the rounded edges at the four corners, although you can change it from the settings.

In my tests Cornerfly was shown correctly in the vast majority of applications. Only sometimes very few are able to see “the trick”, when the corners made some small movement because you are maximizing a window or some other effect is displayed on top of the corner. In any case, if you find an app that really is wrong with Cornerfly (or you need to see the corners in all its glory, and right angle), you can disable them specifically in each application. 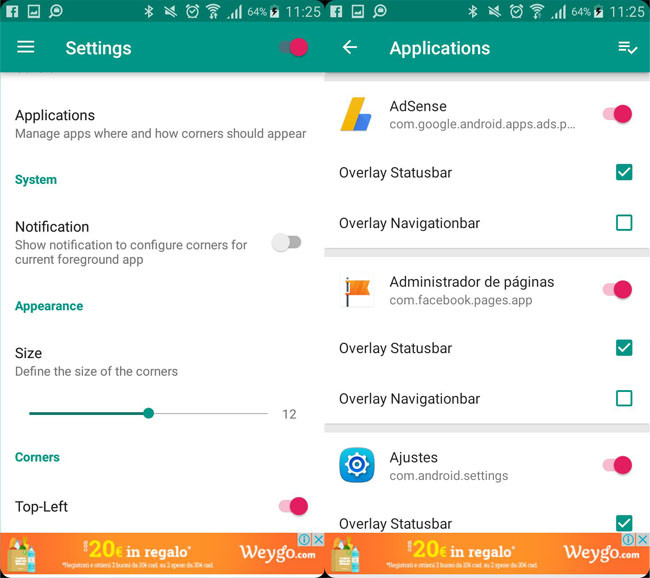 you’ll Get the same result using the permanent notification optional. In this case, you can choose between three options:

There are two other aspect that you can configure in the settings of Cornerfly: the curvature of the edges and which of the corners will apply. The second configuration is free and allows you to create combinations such as adding rounded edges only at the top, or on one of the sides, while the first depends on a purchase integrated of 1.19 euros and allows you to increase or decrease the curvature. 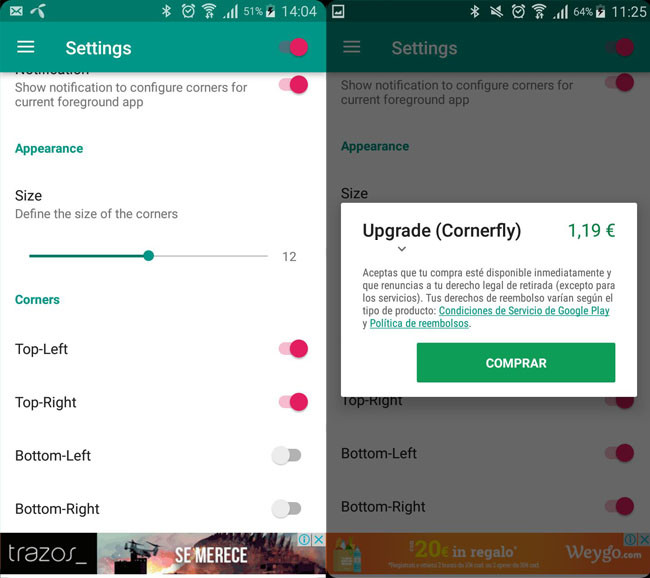 When you’re satisfied with the result, it returns to the system and enjoy the beautiful effect.

–
The news How to have rounded corners on the screen of your Android was originally published in Xataka Android by Ivan Ramirez .

Download WordPress Themes Free
Premium WordPress Themes Download
Download WordPress Themes
Download Nulled WordPress Themes
udemy free download
download xiomi firmware
Free Download WordPress Themes
ZG93bmxvYWQgbHluZGEgY291cnNlIGZyZWU=
How to have rounded corners on the screen of your Android
‘Counterpart’ is cancelled: the double life of J. K. Simmons could have third season in another string
it is Not rare that a string announce the renewal of a series shortly...
Improve Your Preparation Process with Practice Tests and Evolve Your Career after Passing Microsoft MS-500 Exam
As a multinational technology company, Microsoft covers a lot of se...
Google Play Store: how to turn off the automatic playing of videos
The autoplay videos Google Play Store has started to arrive massively t...
Motorola announces the Moto Factory image G4, but removes other
Moto G4 is one of the mid-range phones this year to Lenovo. The new ...

phoneia.com (January 30, 2017). How to have rounded corners on the screen of your Android. Bogotá: E-Cultura Group. Recovered from https://phoneia.com/en/how-to-have-rounded-corners-on-the-screen-of-your-android/