How to hide apps in Android 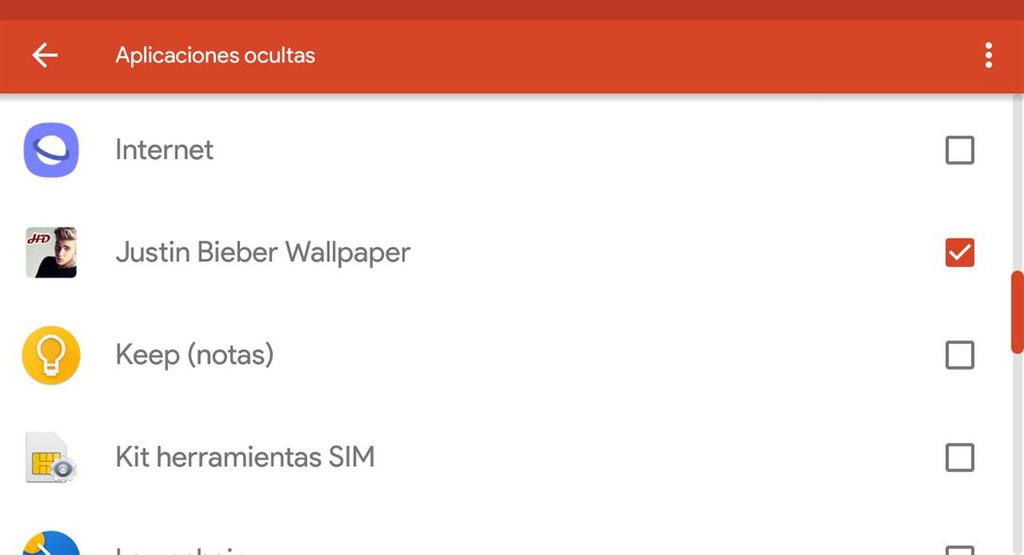 For whatever reason, sometimes you prefer to keep some things private. That includes hide photos, files and many things more, including applications. If you don’t want that some apps are to the naked eye, here are some solutions to hide them.

In Android, the task of hide applications falls on the launcher. In fact, the launcher Android pure does not include this feature, so you’ll need to install another from Google Play. The pitchers own the layers of personalization usually do include the option.

All about the notifications panel and quick settings from Android

Nova Launcher is one of the pitchers most popular on Google Play, and, as expected, it includes the possibility of hiding applications. It is quite simple, because it is done from the own direct access in the app drawer.

The process consists of three steps. First, make a long tap on the app you want to hide to display its context menu. Select Edit and finally uncheck its check box in the tab “Apps” (and if you have more tabs, in them too). 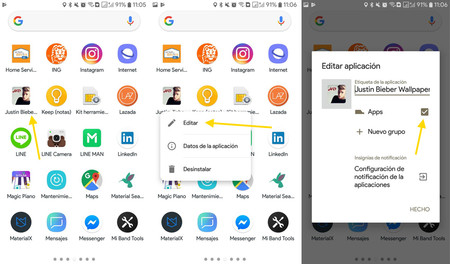 Nova Launcher will not show more that app in the app drawer, although it will remain installed. the you’ll be able to continue opening with another launcher or from the Android Settings, in the section of applications.

The eternal rival of Nova Launcher also allows you to hide applications, and does so in a way quite similar. The first step is also a long tap on the app in the app drawer, then choose Edit in the menu.

The difference is that you need to tap again on the menu button (the three buttons in portrait) to bring up an additional menu. There, uncheck the option Show in the app drawer. 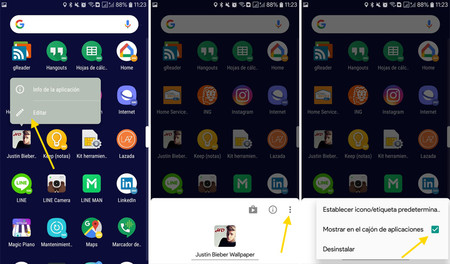 If you are planning to hide many applications at once, you can do the same from the settings of Action Launcher, in the section app Drawer, playing finally in Apps hidden.

In the launcher Samsung

In the launcher of the mobile Samsung the process is slightly different, although they are also three steps. First you need to go to the settings from the home screen, and one of the fastest ways to do this is with a long tap on an empty place of the home screen.

Already in the settings, go into the section Hide apps. You need to mark those apps you want to hide and then tap on Apply to save your settings. If you can’t find an app, you have a search engine at the top. 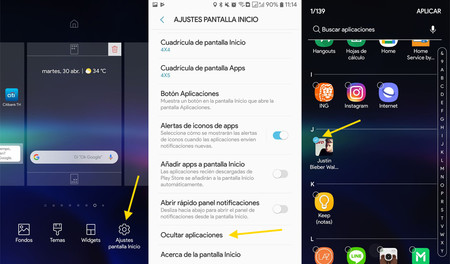 as in the rest of the cases, the application is hidden here, but you can still open it from the settings (applications, or from the Secure folder, if you install a copy of the app there.

Evie Launcher is an interesting launcher lightweight in size but not in features. The way to hide apps on this launcher is the same as the Samsung. Before anything you need to go in the settings of the launcher, with a long tap on any empty place of the home screen.

In the settings, go to Hide apps and wait for it to load the list with all the applications that you have installed. the check the box to the side of the apps you want to hide, and do not appear in the app drawer. 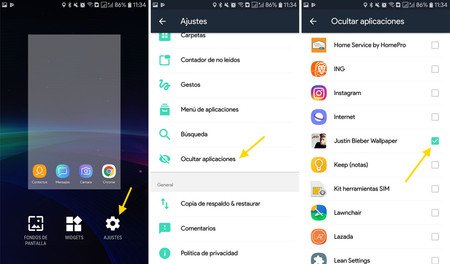 In the Microsoft Launcher

In the Microsoft Launcher the process is started from the app drawer. There you must tap on the menu button, top right, and choose Applications > hidden. This opens a menu with all the apps installed, in which you’ll have to mark in blue the ones that you want to hide. For some reason the apps that are not marked also include the icon, but in gray. 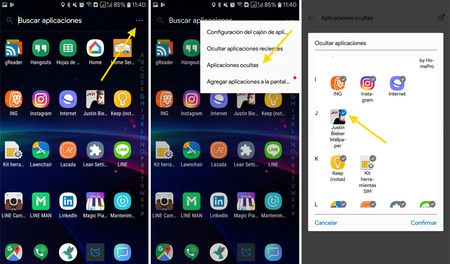 In Lawnchair Launcher, inspired by Pixel Launcher but with more options, to hide an application you must make a long tap on it in the app drawer. In the menu that opens, choose Edit and then turn off the Visibility option. 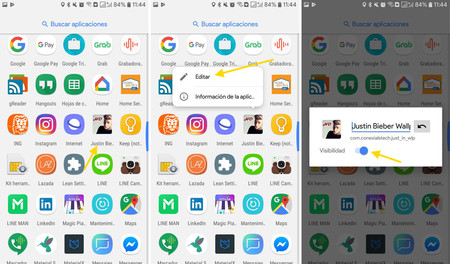 Probably by now you’ve noticed that the process is very similar in all launchers, with two or three variations and small changes from one to the other. If you use any other launcher, test to see if you find options to the above. Otherwise, probably not include the option.

How to add widgets to the home screen on Android

The best apps of customization for Android 2017

–
The news How to hide apps on Android was originally published in Xataka Android by Ivan Ramirez .