How to know if someone has edited a publication on Facebook 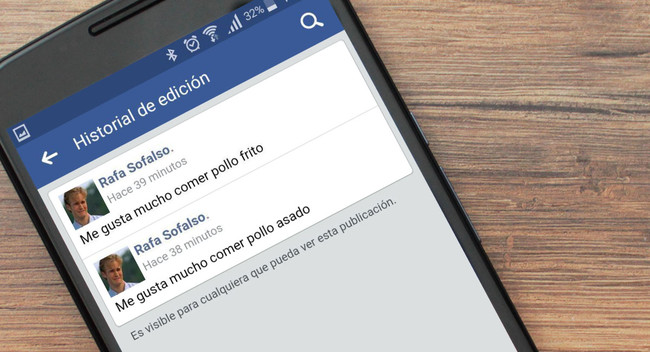 Until very recently it was very easy to know if someone had edited a post on Facebook: it included the text “edited” visible, so that if you wanted to know what had changed and what was the original version, only needed to click. This behavior has just changed, and Facebook no longer tells you first-hand if a publication has been edited after publication.

do you Think that someone is taking the piss and has desdicho in a state of Facebook after it is released? What you’ll swear that some publication said something different before? Luckily there are still mode to see if a post has been edited and the history of editions, although it is somewhat more hidden than before.

The change does not affect comments

One of the main concerns when allowing users to edit comments in a social network (or aplicación) is that sow chaos, with people changing what has been said and forming a lio tremendous when there are a stack of people responding to each other, but the message that responds to the changed.

On Facebook, the editing of comments is already a few years with us and the truth is that, except for some isolated case, it is not something that is affecting too much to the use of the social network, and part of the blame is because it shows clearly which comments have been edited. This does not change, and although Facebook no longer tells you if a publication has been published, continues to do so, at least for now, for the comments. 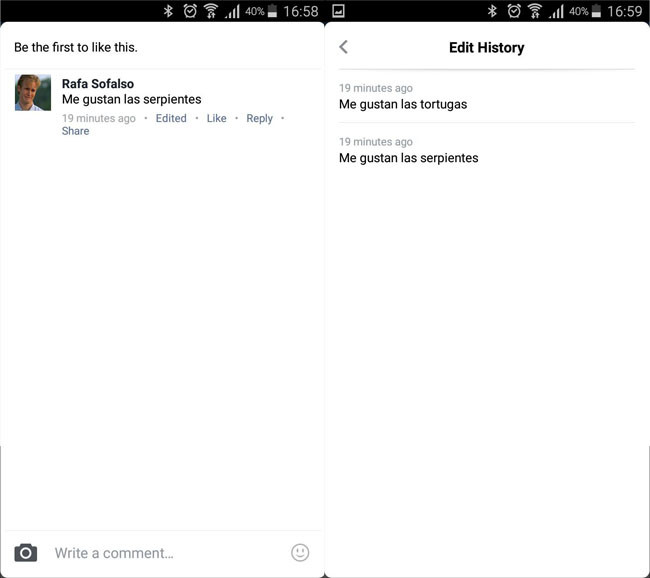 comments do not change: they continue to show they have been edited

what Is has published this publication? 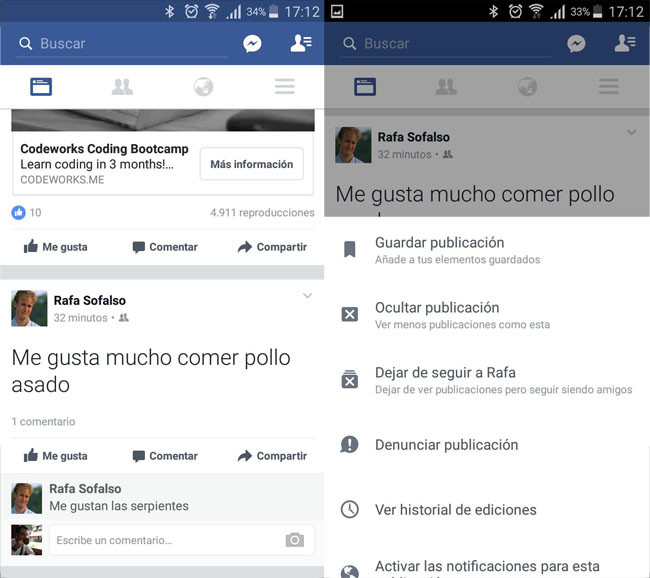 of course, this methodology has the great disadvantage compared to the previous mode that you need to actively look at each case to see if it has been edited, whereas before you showed discreet but unmistakably.

How to view the previous texts

as was the case before, Facebook saves all the edits you’ve made to each publication and comment, so that it is all archived. When you tap on the option View history of editions of a publication will show you all editions, as well as the time that occurred. 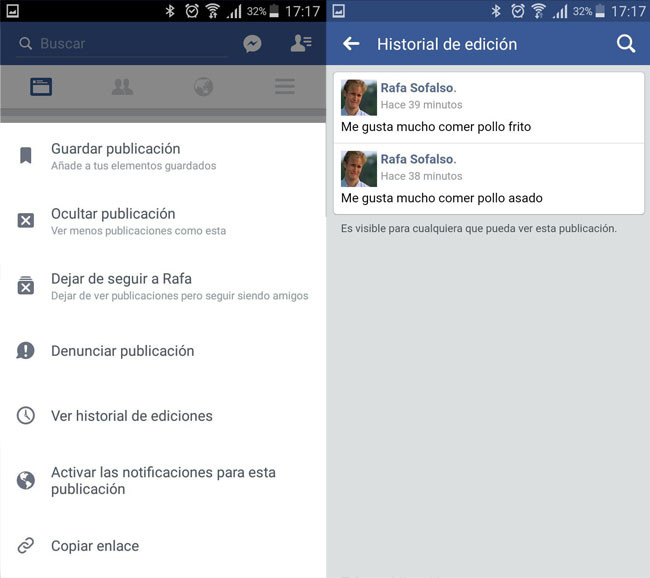 why the comments are still marking it as edited, but not so with the publications normal? Most likely in this case is clean interface of unnecessary noise, in the majority of editions of publications are nothing more than small adjustments of errata arranged as soon as you find it.

unlike in Twitter, in Facebook it is possible to edit a posting after it is launched, so that if after sending it you find a horrible lack of spelling, it is normal to edit it. It is true that someone could abuse of the option and cause some confusion, since it is not shown very clearly, but if there is the option to check manually, the scope of the evil would be limited.

–
The news How to know if someone has edited a publication on Facebook was originally published in Xataka Android by Ivan Ramirez .