How to set up ‘Ok Google’ on an Android device 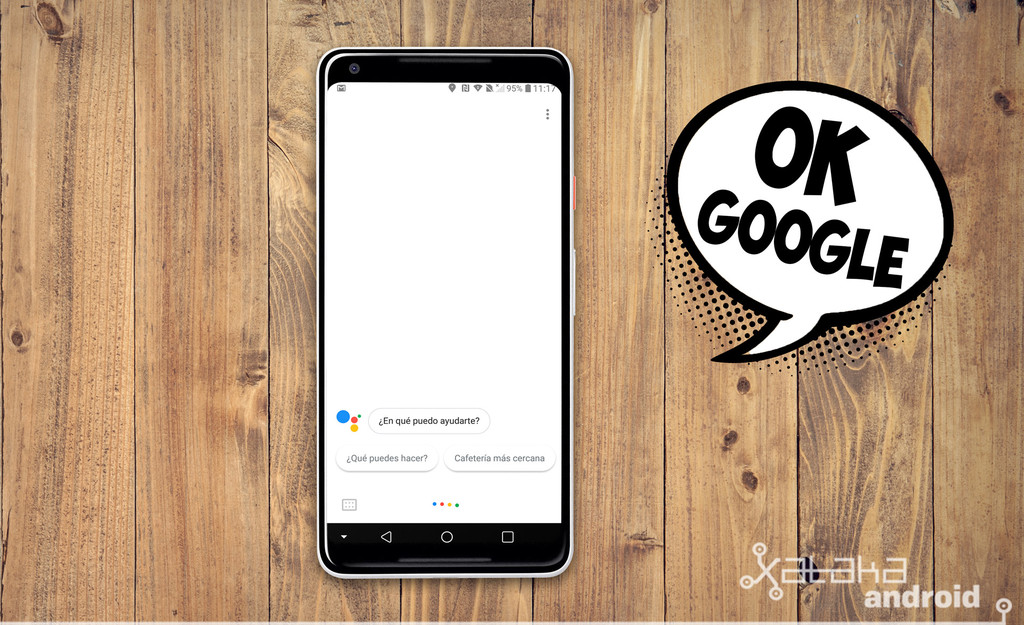 The attendees of voice have become a key feature in mobile devices, and both platforms as mobile manufacturers offer their proposals. In Android we have the complete Wizard of Google it is already in Spanish and available for mobile phones and tablets up to Android 5.0 Lollipop. We can’t ask everything and is usually right most of the time. the did you Know that you can also invoke the wizard without touching the phone?

One of the advantages of the wizards voice is that they allow us to handle the phone without touching it, but for the operation of truth ‘hands-free’ also need to be able to activate it with a voice command. In the case of Wizard of Google, just say ‘Ok Google’ and it will run willing to answer all your questions, even with the phone locked. We will explain to you how to set the option to ‘Ok Google’ on your Android phone.

this configures the voice command ‘Ok Google’ Wizard of Google 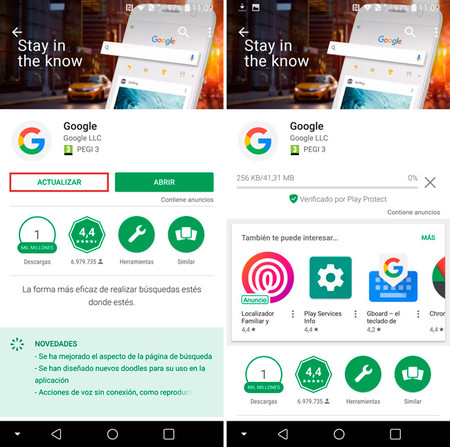 Before you start setting up OK Google, it is advisable to update the application of Google that comes installed as standard on all Android devices. To do this, simply enter in the Play Store and search for ‘Google’, if you see the ‘Update’ button as seen in the screenshot above, click on it, if you do not see is that we already have the latest version.

Complete the previous step we can now continue. To access the option which activates Ok Google we have to enter the app from Google and to access the menu through the button with the three lines located in the lower right corner of the screen.

After that you have to enter Settings, choose Voice and after Voice Match. Here we will see two switches, one for Ok Google and the other for Voice Match. The first will activate only the option Ok Google, but it will not work if the phone is locked. If you want the voice command serves to unlock the mobile, you have to activate also Voice Match. 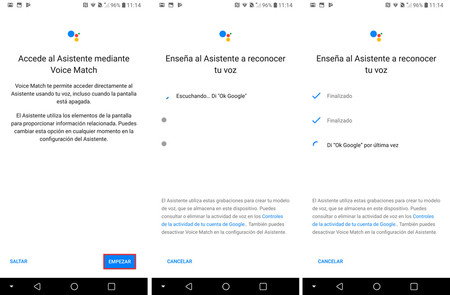 The next step is very easy, the configuration wizard will will ask you to say Ok Google three times in a row. If you’ve turned on Voice Match, the system will recognize your voice and will use it as a key to unlock the mobile just to say the magic words. 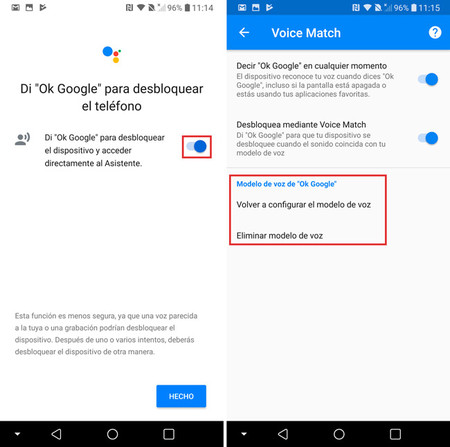 once the process is complete, the wizard will ask you if you want to say ‘Ok Google’ to unlock the mobile. At the bottom of the screen there is a message that warns us of unlock by voice is not as safe as other methods as the footprint or a numeric pin, and could access the mobile phone with a recording.

finally, if at any time you want to delete the voice model stored or re-configure it, you can do it from the display of Voice Match.

How to turn your old mobile into a Google Home

How to use Assistant within Google Maps: all you can do with your voice

–
The news How to set up ‘Ok Google’ on Android device was originally published in Xataka Android by Amparo Babiloni .