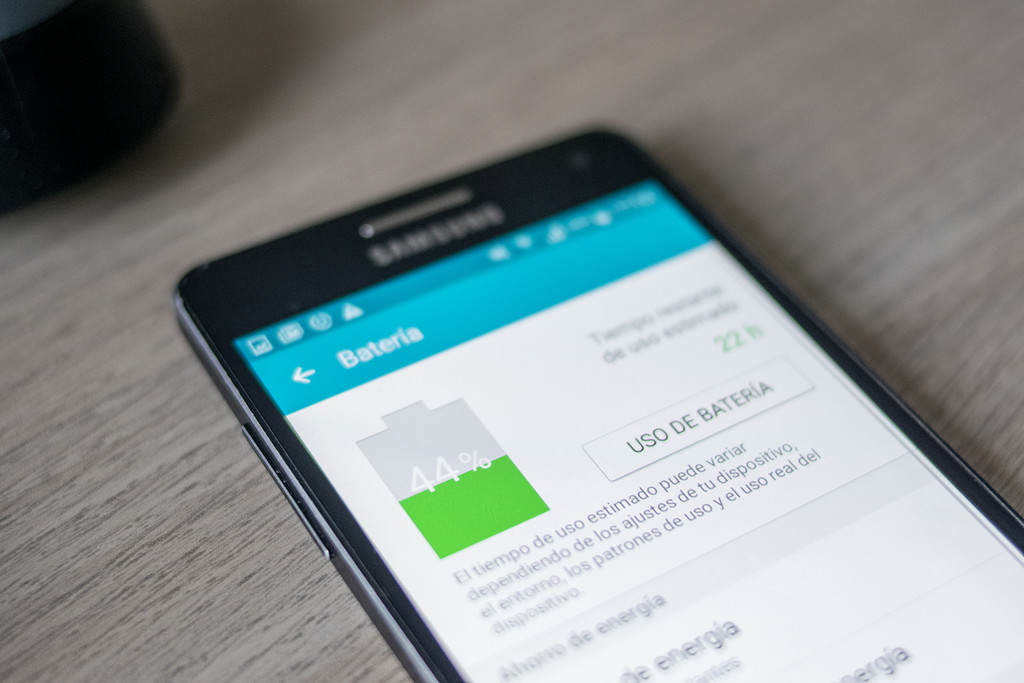 The batteries of smartphones, a lot of us though, are consumable items. Have a useful life determined and, after this, the performance begins to decline, and the autonomy is going to less. It is a matter of chemistry and, unfortunately, with the current Lithium-Ion batteries little or nothing we can do to prevent this deterioration. All batteries are doomed to have to be changed at some point.

The useful life of a battery is typically measured in cycles, which is rounded off when the battery is discharged 100%. Said another way:

it is Not an exact science and, therefore, there are no official figures, but it is assumed that the performance of a battery starts to be reduced from 300-500 cycles. It is the same as saying that the battery will have an optimal performance during a year and which, from go, the thing will less.

Measure the cycles is possible, provided you use an app 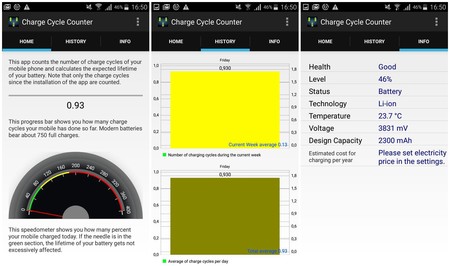 unlike what happens on the iPhone, is on Android it is not possible to know the charging cycles that a battery leads to their backs. You could also do it by writing on a Excel how much you have charged the phone every time you’ve plugged in since I got out of the box, but it is a bit tedious and there are apps that already do that for you. In a nutshell, the only thing you can do is to take a control of the cycles you do from now on.

For that, you can use an application such as Charge Cycle Count. It is completely free and can be found in Google Play. Its operation is as simple as open it and forget about it until you want to refer to the cycles that you take. Can’t measure the cycles performed previously by the limitations of Android, but has a small access that can help you, at least, have a rough idea.

Each time you download the battery to 100% complete a cycle

If your phone is four months and we assume that you charge it daily, you will have made 4 x 30 = 120 charge cycles. Go to the settings of the app, select “add cycles” and adds 120. Now the app added to the 120 cycles you do from your installation and you can have an idea more or less certain of the health of your battery. It is important to note that it only works with the phone on, so that all the cycles that are to do with the mobile paid will not be counted.

As a final recommendation and face to make a good maintenance to the battery, it is best to always keep it between 40% and 80% of your capacity, and calibrarla from time to time. If you get to 300 cycles notes a significant drop in performance, consider to change it in the repair service official. It is often cheaper to buy another mobile. 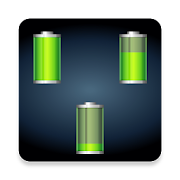 GBoard is prepared to save your battery while you write, includes OCR and other news

Seven apps that are draining the battery of your Android

–
The news How to take a control of the charging cycles of the battery in Android was originally published in Xataka Android by Jose García Nieto .

How to take a control of the charging cycles of the battery in Android
Source: english
December 11, 2018