How to upgrade the official firmware from Samsung with ODIN 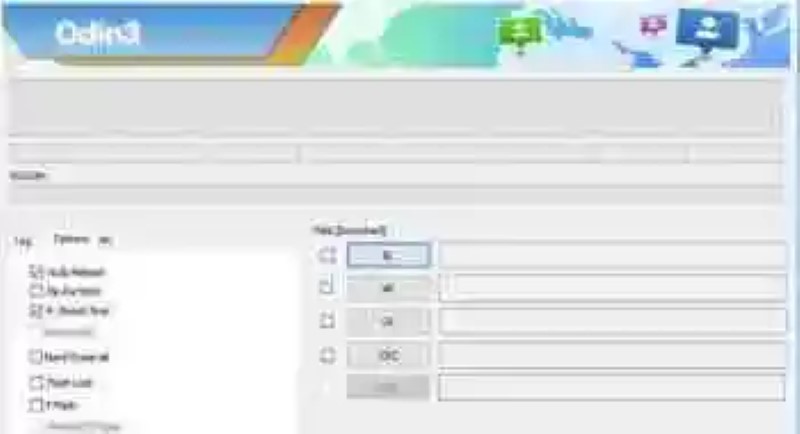 How to upgrade the official firmware from Samsung with ODIN
Wait till your device is made with the latest version of Android -except for a few exceptions - can be desperate. Y...

Wait till your device is made with the latest version of Android -except for a few exceptions – can be desperate. You first have to cross our fingers that the manufacturer decides to update it, then expect it to be ready with the update, and, finally, to extend to your region and operator.

If you know that your device already has a new version but you’re tired of giving check for updates and tell you that you have the most recent version of the system, there is still something that you can do: update the firmware by yourself. This, of course, provided that your terminal is free.

► The Goya painting inspires a alien killer, Goya”s Inferno, developed by Spanish The game is available for free download on W...
► Hive Jump back n the process of certification for Wii U Trust to have corrected all the errors detec...
► A week to close Chrome to Phone, the best alternative is … Telegram? about three months ago I wrote about t...

there Are several web pages that automatically collect firmware published by Samsung on their servers, as is the case of Sammobile. These firmware are official, without any kind of modification and therefore once installed will still show up as official firmware, without root, and other stories. It is as we received it through Kies.

The database is huge and includes all the models of Samsung devices and have gotten. Now, you need to make sure of the exact model of your device so you don’t end up downloading a firmware for a similar model. For example, a Galaxy A5 is distributed in more than 20 different models. If you have a good view, the easiest way to check is to read the tiny letter on the back of mobile.

The same information is available in the system, in the Settings – About the device in the section model Number. It is important to check the exact model, because the difference between one and the other can be as subtle as a letter or an extra zero. 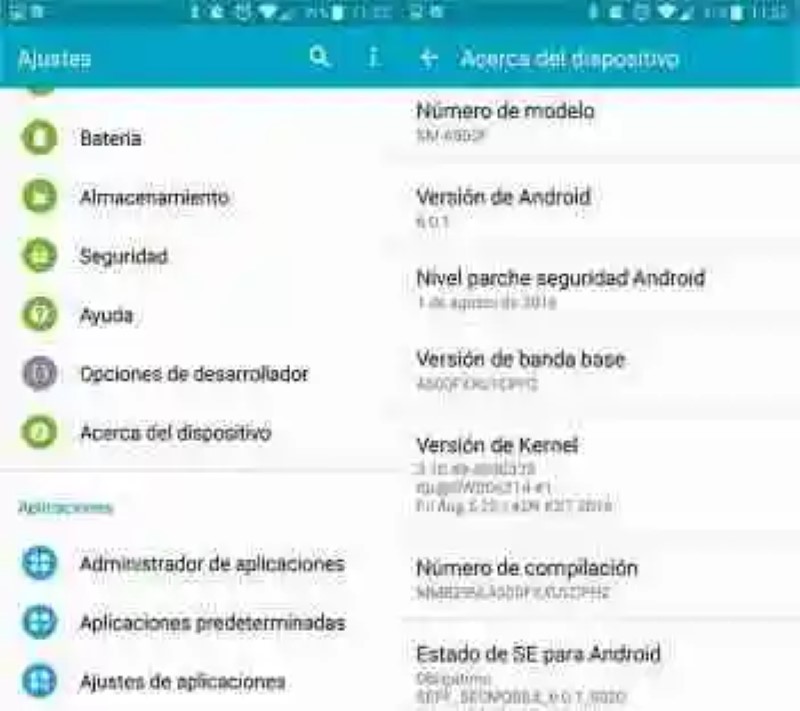 once you have it located, go to the section of firmware download in Sammobile or another page of firmwares of your choice and find your model. The finder is sometimes a bit treacherous, so make sure after you find that the results are actually for the model you wanted.

The list of results can be a bit overwhelming, which includes all firmware has been known for years for all the regions in which it distributes that particular model. As you are probably interested in the more modern version of Android, which still has not come to you through official channels, the more likely it is that in this case the options are less.

Don’t worry too much about the countries, already that if your mobile is free, technically you should be able to install the firmware from any country. Now, you have to consider that each country may have a configuration of the system is slightly different, including the number of available languages in the system (provided you could use this trick to use another).

Also change the pre-installed apps, and is that while applications including, for example, in Spain are not the same as in the Russian version. For all this, it is recommended to select and download the firmware closest to you: if you are in Spain, the firmwares of other european countries will go better than for example the vietnamese version, which probably dispense with the Spanish.

once you’ve selected, download it to your PC. It will take a while, since the firmware today occupy about 2 GB of space.

2. Extract it to a folder

The firmware is downloaded in a ZIP file which you will need to open, and unzip in any place of your hard disk. The specific folder it gives the same, since you can later find your location wherever you are.

The tool header to update your Samsung from Windows that we will use is ODIN. You can download Odin 3.11.1 from here. Unzip it somewhere on your PC and then open Odin.exe, or open it directly from the ZIP, as you prefer. 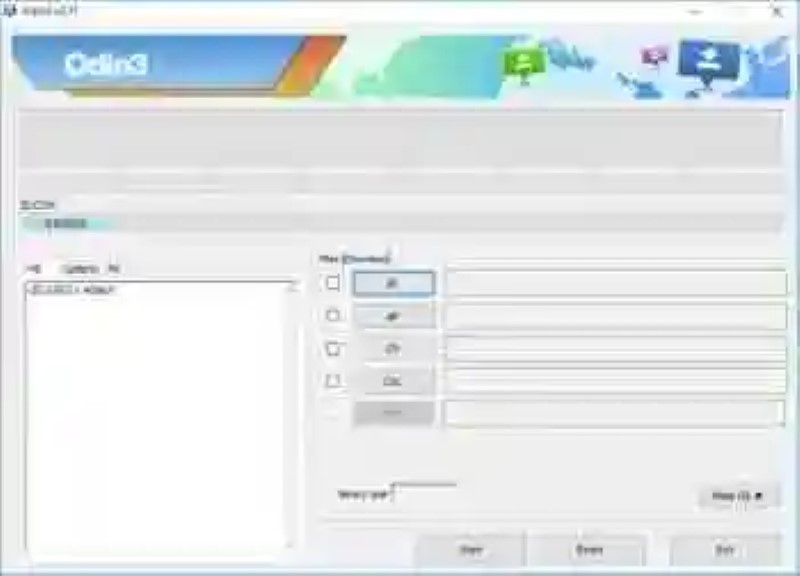 you Already have it all ready. Although the Android update should be painless, it never hurts to backup and manually check if there’s something in the device that gives us special fear of losing. If so, better put it in a safe spot before, and that is that you never know.

When everything is secure, turn the phone off and then turn it on in mode download. To achieve this, the majority of Samsung devices, if not all, require that you turn on the mobile while pressing the button Home, power and volume down.

When you do this, you will shows on the screen a prompt telling you how bad it is to modify the operating system and the problems you can cause. You must press the button to increase the volume to demonstrate that you are satisfied and you decide to continue.

At this moment will appear on your device a screen that says Downloading, and will be waiting for orders.

5. Connect the cable to your PC

Connects the device to the PC using a creliable USB that is legit. There are a lot of wires bad out there, and you do not would like you to disconnect the half leaving your phone alelado. It is also important that you have a sufficient amount of battery, as for example most of the half.

In Odin, one of the boxes under ID:COM should light up in blue, indicating that it detects the mobile phone or tablet connected. If so, press the button AP to choose the firmware which you unzipped somewhere on your hard disk. 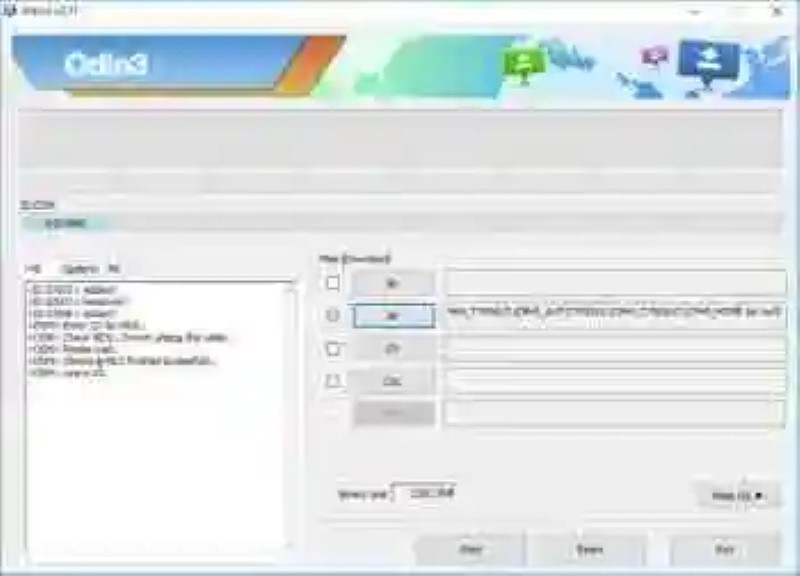 The first time you do it, the system will be verify the integrity of the file with the checking of the MD5 hash. Don’t despair if it seems to stay locked for a minute.

The standard configuration of Odin is enough to install the firmware, but it never hurts to do a manual check for if the flies. Go to the options tab of Odin and verifies that the only thing that is checked is Auto Reboot and F. Reset Time. The most important thing is that it is not marked Re-Partition. 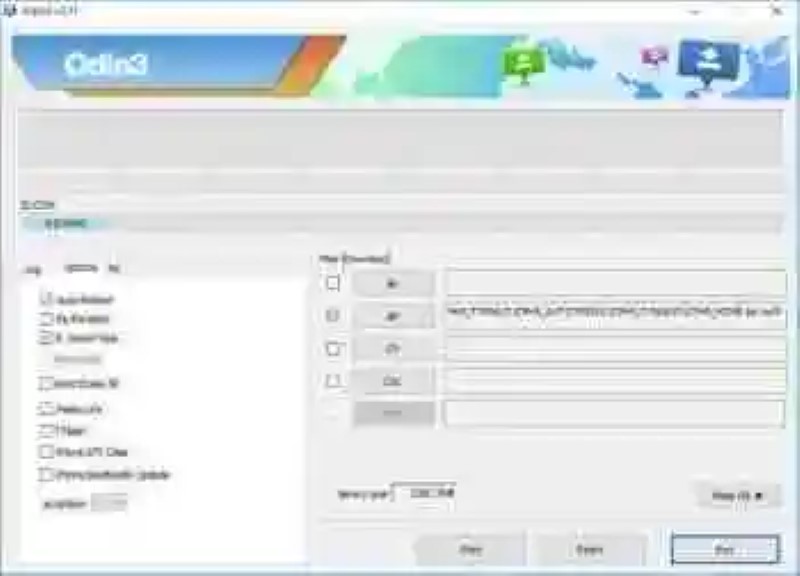 it is Already. Take a deep breath and click the Start button. Fear not, everything will go well. You will see the progress in both Odin’s (a green progress bar with a text) as in the device, with a progress bar below the puppet of Android. 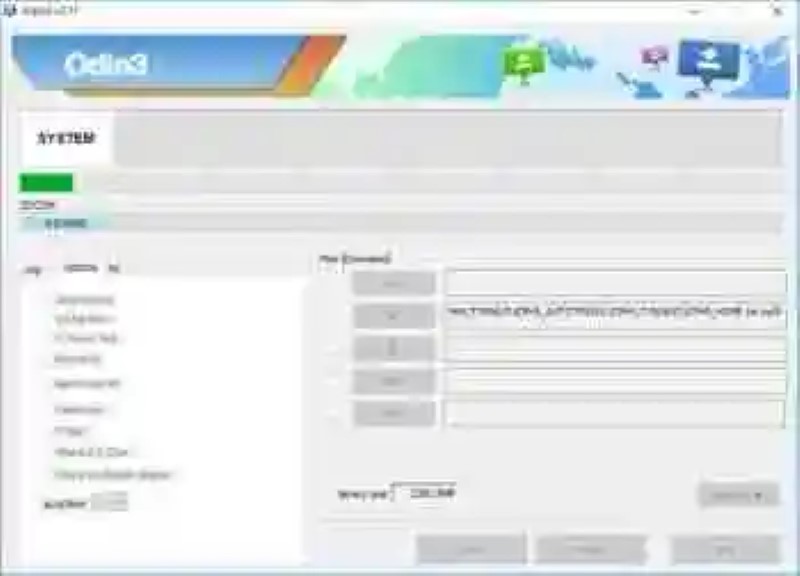 The process will take a couple of minutes, and after the device is automatically restart, which we had left checked the option Auto Reboot. The first time you start up with a new version of the Android it takes quite, so have patience.

If we are talking about Marshmallow and not Nougat, which is quite possible, there will be an additional process of “optimized” applications once you’ve booted the system. This process can easily be ten minutes, depending on how many applications you have installed.

In Xataka Android | How to change the language of your mobile phone to one that doesn’t come in the options, without root

–
The news How to upgrade the official firmware from Samsung with ODIN was originally published in Xataka Android by Ivan Ramirez.

The crisis in the Spanish mobile
There is no doubt that the crisis we are living for some years, is passi...
Hellblade: Senua”s Sacrifice speaks of the conception of his protagonist in a new video
The game will come to PS4 and PC.Ninja Theory has revealed new details abo...
The update with rain in Gran Turismo Sport comes this week
on The 27th of June, you will receive new vehicles, circuit and the effect...
Suda51 denies that work in a game with Hideo Kojima
Ensures that were just rumors. Recently had the opportunity to chat with...
Bibliography ►
Phoneia.com (September 22, 2016). How to upgrade the official firmware from Samsung with ODIN. Recovered from https://phoneia.com/en/how-to-upgrade-the-official-firmware-from-samsung-with-odin/

This article was published by Phoneia, originally published in English and titled "How to upgrade the official firmware from Samsung with ODIN", along with 18986 other articles. It is an honor for me to have you visit me and read my other writings.
◄ Allo is the best messaging application for talk only
Army Men 2 is classified in Brazil for the PC, Xbox One and PS4 ►