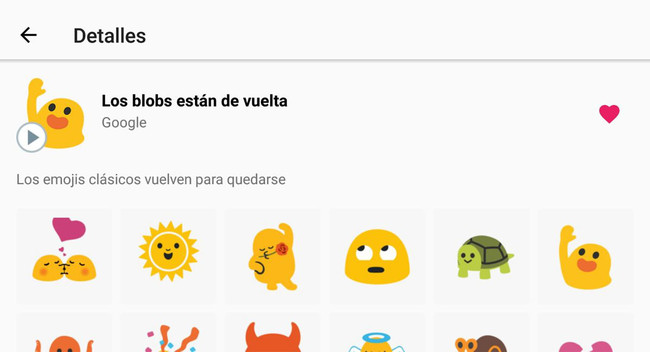 on the occasion of the international day of the emoji, have become the emojis classic Android. Or “gotamojis”. Or blobs. Call them what you would like to call it, but we are referring to those dear beings who were replaced in Android Oreo for a variant over the standard.

This reincarnation comes to us in the form of package stickers that you can use with the keyboard of Google Gboard or in the Messages app Android. It is a similar package but other than that añadío Google to Allo last year.

The emojis of gout have become, again

Let’s face it, that back in the form of stickers to Allo does not have much sense today, when Google slightly less to have abandoned the application since a few months ago. Thus, tap recycle the idea and add some new stickers of the old emojis to apps yes still in use: Messages from Android and Gboard.

Google specifically mentions that these new stickers are available in both Gboard Messages Android this tweet, although to me personally I do not appear in Messages Android. In the background, just the same, because if you have Gboard, you can send in almost any app, including the messaging of Google.

The blobs are back, baby! Have to #WorldEmojiDay treat with new animated blob emoji stickers on Android Messages and #Gboard. the

Two packages are better than one 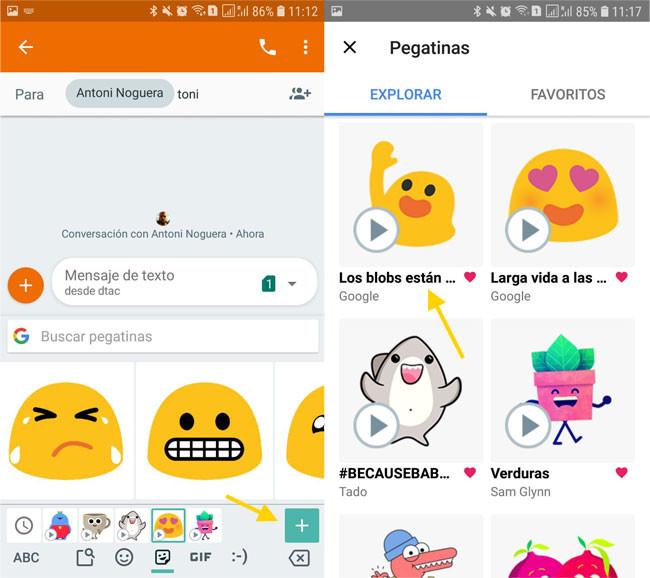 To add the new icons pack in Gboard, simply open the keyboard and go to the section for add emojis. There, tap on the tab stickers and then the +button to display the shop of stickers.

There you’ll see two packs of emojis in the emoji of gout are the protagonists. the Long live the caritas is the package of stickers from last year, which was added to Allo and later to Gboard, while the new package of stickers is called The blobs are back. 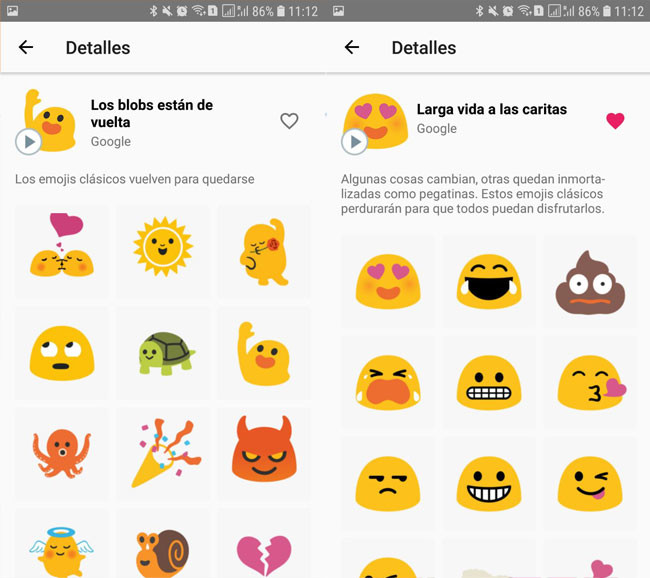 The new package of icons is the one on the left

in total there Are 24 stickers led by the emojis of Android classic. All of them are animated so that it will be sent as video or animated GIF in the supported applications. Some of them are a turtle, an octopus, the broken heart or the drop scared.

These stickers animated work without problems in apps like WhatsApp, Telegram, Messages, Android, or Facebook Messenger. Other applications, such as LINE, displayed as a static image.

–
The news How to use emojis classics with a drop of Android in Gboard and Messages Android was originally published in Xataka Android by Ivan Ramirez .