HQ Trivia for Android is the fall: you can register on the Play Store 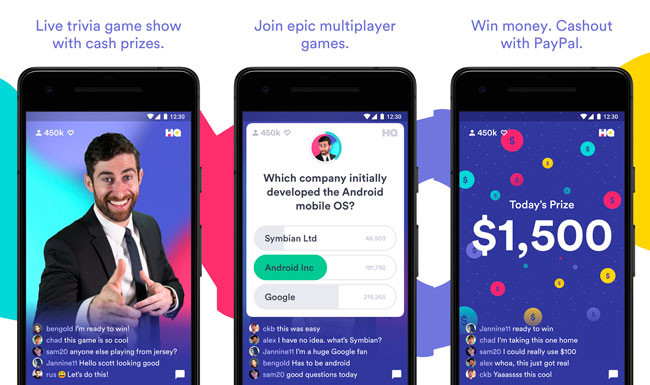 The game of the moment is about to come to Android. We talk about HQ Trivia, the game-inspired television that has caused a furor in iOS, and finally appears officially in the Play Store, although we will touch expect to be able to begin to be eligible for the daily prizes offered by this original app.

The creators of HQ Trivia promised that the app would come to Android this Christmas, and so it has been. Today December 25 we can already see the game at the official store of Android, but for now it is not active, but only leaves us to register.

A previous record that we hope to last a little

After the success of HQ Trivia on iOS, we were many that were looking for its release on Android. The creators, who by the way were also the creators of the now-defunct Vine, confirmed in his bio for Twitter that the app would come to the mobile platform from Google on Christmas. 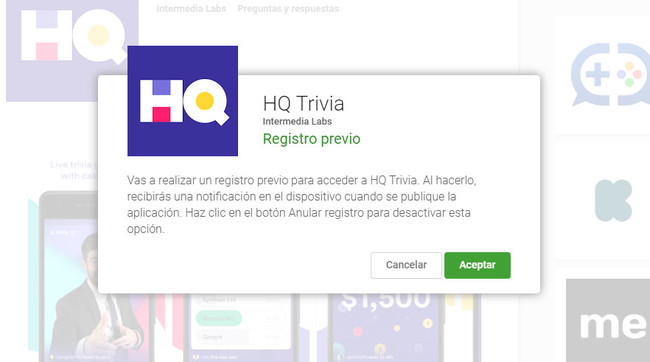 we do Not know how much time it will take to be available for download (hopefully very little), but for the moment there is no download button, only can press the ‘previous Record’ to receive a notification when you publish the application.

HQ Trivia is an original game that resembles tv game shows of questions in the style of 50×15, but here is the questions are twelve and the contestants are the users that have downloaded on their mobile phones. At the beginning the questions are easier, but then it will be complicating.

once A day is spread prize money among all the entrants who get to hit all the questions, and soon there will be millions more among those who hand out the awards. We will be attentive to the hunt HQ Trivia and offer more details in regards to land definitely on Android.

HQ for Android is coming. Pre-register now on the Google Play Store.

Via | Android Police
In Applesfera | HQ Trivia: this is the application of trivial from the creators of Vine that is exploding

–
The news HQ Trivia for Android is the fall: you can register on the Play Store was originally published in Xataka Android by Amparo Babiloni .

HQ Trivia for Android is the fall: you can register on the Play Store
Source: english
December 25, 2017