HTC Exodus 1S: the first phone capable of storing an entire node of Bitcoin is a low range Android Oreo 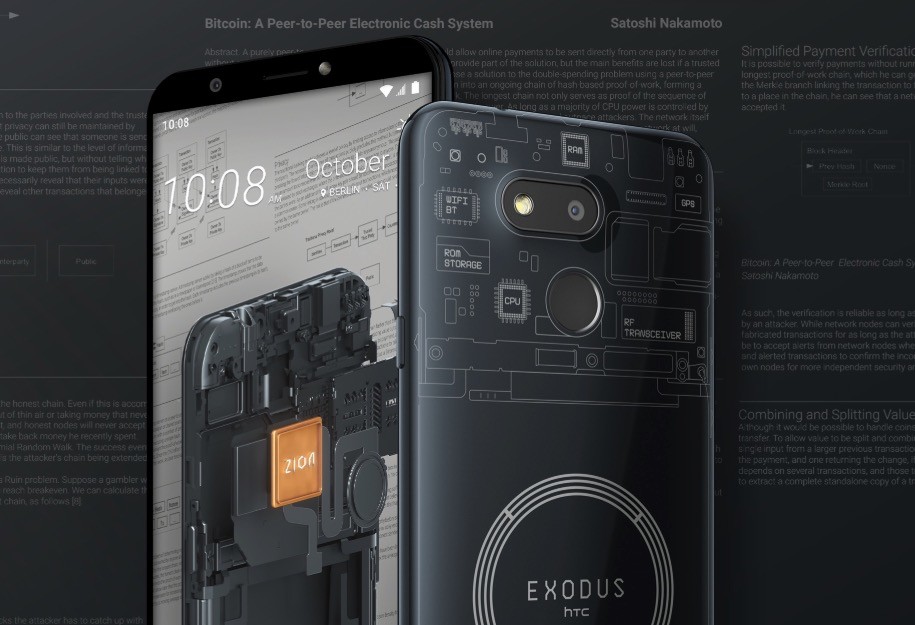 In October of 2018, HTC launched a new mobile phone. The company’s taiwanese, away from passing through its best moment, introduced a phone that had been leaking and that he intended to focus attention on the buoyant sector of the criptomonedas. Thus was born the HTC Exodus 1, a phone that was purchased with bitcoins, and that was, to all effects, a wallet, safe to store and perform these transactions.

Now, almost exactly a year after that, HTC repeats the operation while reducing the technical specifications. The model we are getting now is the HTC Exynos 1S, and it has some very specific characteristics: it becomes the first mobile that is an entire node by itself, and, therefore, that is capable of storing the complete chain of Bitcoin in its interior. Criptomonedas so authentically private in our pocket.

A Oreo ultra-safe and with Bitcoin apart

The first thing that catches the attention of this new HTC Exodus 1S is that it comes with Android Oreo-like operating system. Taking Android 10 already in circulation and with the promise on the part of Google that not certify more phones with a Foot on the first February 2020, we are left with the question of how to make this HTC Exodus 1S to be updated with the time. Although the security modifications made on the system, perhaps to justify the “delay” version.

Bitcoin already consumes more energy than Switzerland: why its validity as a system of payments is moot

To store the entire node of Bitcoin, you will need a microSD external

Be that as it may, this HTC Exodus 1S is the first phone capable of becoming a node of Bitcoin full. Completely private, though with a catch: you must turn to a microSD due to the weight of the string itself Bitcoin, that in these moments already weighs in around 260GB and that continues to grow year after year, at a rate of between 50GB and 60GB per season. So, the 64GB internal memory of the Exodus 1S are completely inadequate, having to go to a microSD that does not come included in the pack.

The HTC Exodus 1S offers features secure as the browser Zion, a browser Web3 that offers secure transactions and allows us to check and access it with your fingerprint. It also has apps specific to the management of finance decentralised and the possibility to carry out all the transactions on criptomonedas from the phone itself, without the need to resort to third party apps and leave the security that offers the phone. 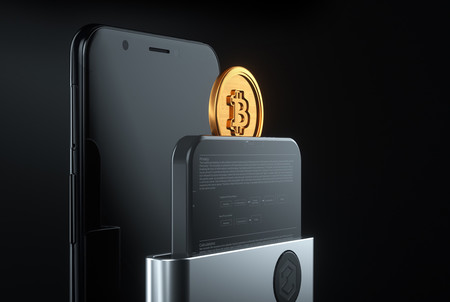 In terms of hardware, the Exodus 1S is an HTC phone quite modest. A HD+ screen of 5.7-inch and 18:9, a heart formed by the Snapdragon 435 1.4 GHz with its GPU Adreno 505, with 4GB of RAM and the aforementioned 64GB of memory, and two cameras of 13 megapixels, one on each side of the mobile phone. In terms of battery, the Exodus 1S offers 3,000 mAh no apparent quick loading, or the manufacturer is not indicated as the processor should support Quick Charge 3.0 and, thus, rapid charge 18W.

The connectivity of this new HTC Exodus 1S safe to put in front of us a Dual SIM with 4G/3G Dual Standy By in addition to WiFi, Bluetooth and GPS. In the back we also find a fingerprint reader, centered horizontally on your phone. The Exodus 1S comes in a single version of the color, so that there will not be many questions at the time of us with him, if we so desire.

Versions and prices of the HTC Exodus 1S

As we mentioned in the section of specifications, the new HTC Exodus 1S comes in a single version as much storage memory as RAM, so that your marketing is simplified. In addition, it is only available in one color, and remember that to store the entire node of Bitcoin is to use a microSD that is not included in the batch.

Confirmed: the cameras Ultrapixel delay the output of the HTC One

The HTC One disassembled by iFixit: do not do at home

–
The news HTC Exodus 1S: the first phone capable of storing an entire node of Bitcoin is a low range Android Oreo was originally published in Xataka Android by Samuel Fernandez .