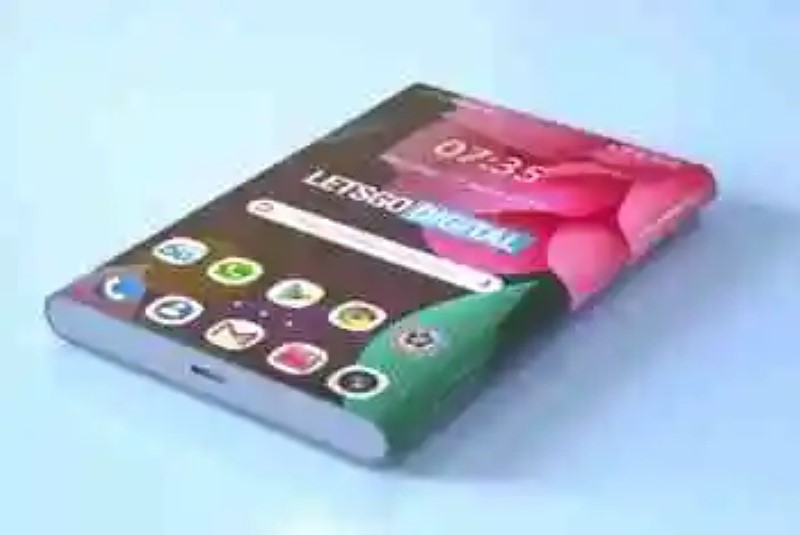 Huawei has been, next to Samsung with its Galaxy Fold, one of the first signatures to put on the table a smartphone foldable presumably marketable, the Huawei Mate X. Despite the problems that arose with the Fold, and the small delay that will suffer the arrival of the Mate X, the chinese firm still working on new concepts folding, as shown by its latest patent.

In this case, the proposal lets us see a system of folding double, in which we had a great panel once deployed the phone. While this is folded up, the size and shape is more similar to that of a smartphone classic, with the peculiarity that the panel would be present, even by its sides. 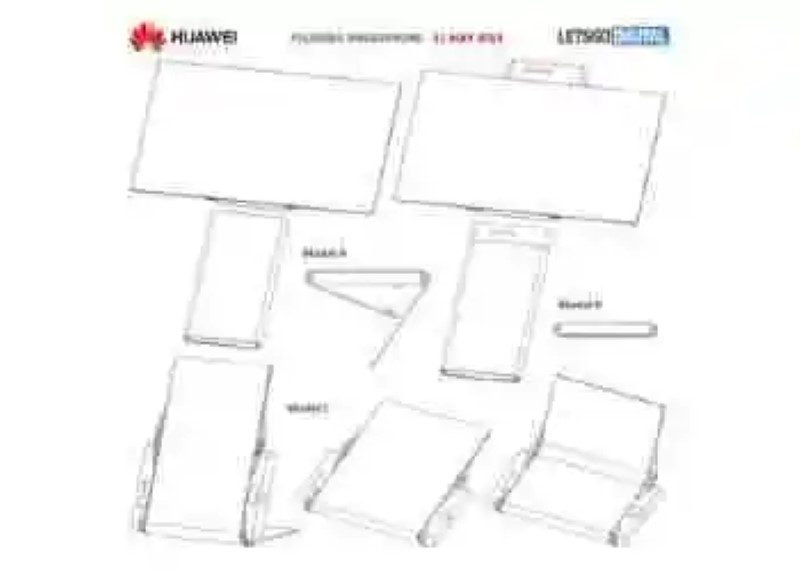 As we read in Letsgodigital, the solution patented by Huawei puts it on the table a concept of double folding. Currently, the Huawei Mate X is folded in half, just from the center of the device. In this new patent, the device to fold by its two sides. This type of fold open multiple fronts, and is that Huawei has patented up to three proposals, which shows the different types modes of fold and unfold.

The folded side open three new fronts to the use of the smartphone: phone, tablet and desktop mode

The first would be deployed, in that they appreciate all the extended screen, showing the maximum content. This mode is accessed by displaying both sides of the device, and the interface is adapted to show the content in the most appropriate manner.

The second position would be the smartphone. Folding both sides of the device toward the rear of the same, we would stay with the main screen in the front. is The interface would have to adapt again, in order to show the content such as in a mobile use.

The folding side opens the doors to the desktop mode.

The third mode, and one of the most curious, is a “desktop mode”, by which plegaríamos the phone on the one hand, and what desplegaríamos on the other. In this way, the phone itself would serve as a support for the side that we have deployed.

In terms of the designs themselves of terminals patented, one of them is features sensors camera under the screen, while the other two keep in the top frame, as is customary in the phones usual. Firms like OPPO or Xiaomi have already shown their solutions to hide the sensors under the panel, so we should start to see these technologies in the not too distant future. 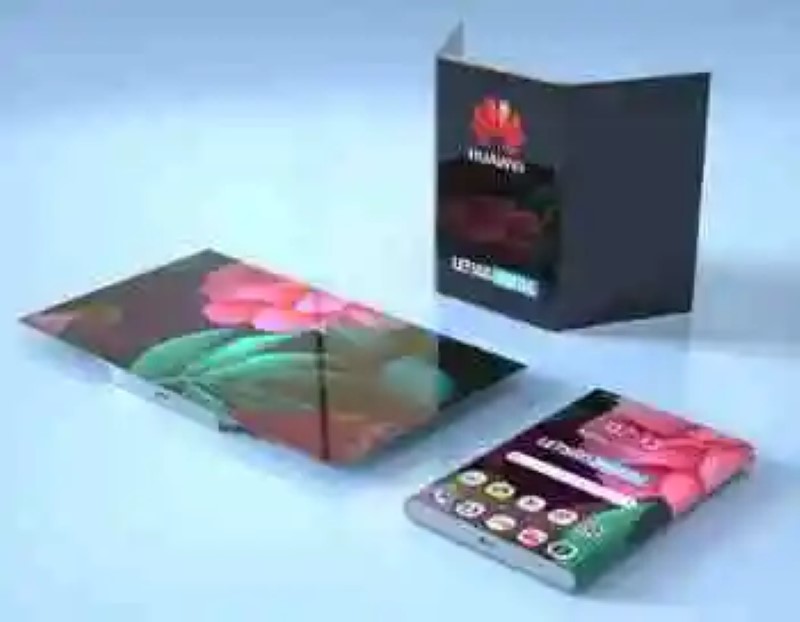 As we mentioned a few lines above, according to the type of fold or unfold, the interface would be adapted, but the patent sets out something that we had not seen to date:

the ability of the folds to act as separate panels. For example, if we have the phone in “desktop mode”, so we’ll just use as a panel to one side deployed, so this would act as a main panel, and the center, become disabled, or to act as a trackpad.

patents, patents are, and as is customary, nothing ensures that these concepts are to be materialized. However, with them once again highlights the interest of Huawei for this type of terminals, which are still presented as the best alternative in the future, according to their manufacturers.

So will be the next mobile-top Samsung-two-screens-Super AMOLED, Android, 3.000 mAh and more

–
The news Huawei has patented three new mobiles that are bent by your side was originally published in Xataka Android by Ricardo Aguilar .

Download Premium WordPress Themes Free
Download Nulled WordPress Themes
Download WordPress Themes Free
Premium WordPress Themes Download
free download udemy paid course
download huawei firmware
Free Download WordPress Themes
free download udemy course
Huawei has patented three new mobiles that are bent by your side
How to sell more on the internet?
If you are reading this, I assume that the odds are against you. You ...
FastPictureViewer Professional 1.9.320.0-Alle Ihre Fotos auf eine Seite passt
FastPictureViewer ist ein benutzerfreundlicher Bildbetrachter, mit dem Si...
Jude Law is the icing on the cast of ‘Captain Marvel’ and Lizzy Caplan the great unknown of ‘Gambit’
Something very strange is going to have to pass for the cinema of superhe...
Some mobile phones with Android Oreo will also be compatible with Android Auto Wireless
three years Ago, landed on the middle world the solution of Google to be ...

phoneia.com (June 18, 2019). Huawei has patented three new mobiles that are bent by your side. Bogotá: E-Cultura Group. Recovered from https://phoneia.com/en/huawei-has-patented-three-new-mobiles-that-are-bent-by-your-side/