it Seems that Huawei has stepped on the accelerator as new releases are concerned. With the hangover still of the presentation of the Nova 4 (which saw the light a couple of weeks ago with its perforated screen as the great protagonist), and with the rumors about the P30 Pro and the P Smart 2019 in full swing, just skip to the scene a new character.

it would Be the Huawei Y7 2019, the next model of the input range of the chinese company. Thanks to a leak published by the German site Winfuture, not only have we been able to see its first images, but they also know their most important features. And if it is finally confirmed all of this, it will be a significant leap in respect to your predecessor.

Bet for Qualcomm and for large screens 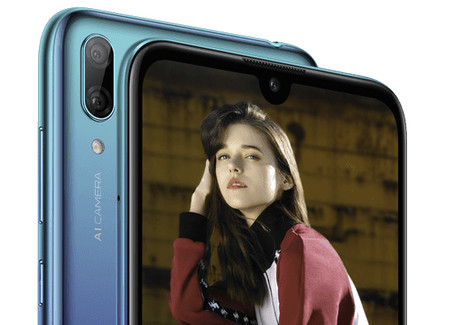 According to leaks, the first thing that catches the attention of the Huawei Y7 2019 is its huge screen 6,26 inch format 19:9, resolution HD+ (1.520×720 pixel) and a notch in the form of a drop of water. In that notch is where you will stay the front camera, whose resolution of 16 megapixels shows a clear intention to attract the lovers of selfies. In the top frame, as we see in the images, is where we find the speaker, so it is likely that the LED notification is located between the screen and the framework.

The best Android mobile in 2018, according to the team of Xataka Android

We have, therefore, a growth of the screen and the resolution of the front camera compared to the Huawei Y7 2018. The next improvement is to be found in the rear camera, since it seems that in the editing 2019, Huawei has incoporado a sensor of 13 megapixel with aperture f/1.8 and a depth sensor of 2 megapixels. Like other models of the company, the Y7 2019 will also feature various functions of AI related to photography, including scene detection.

The Huawei Y7 2019 will include a rear camera dual with a sensor of 13 megapixels f/1.8 and a depth sensor 2-megapixel

In the interior of the new phone of Huawei, and always according to these latest leaks, we have the chipset Qualcomm Snapdragon 450 with its eight cores ARM Cortex-A53 up to 1.8 GHz, and the architecture of 14 nm; accompany him, 3GB of RAM and 32GB of internal storage is expandable with the microSD card slot. In some countries, moreover, it is likely that there is a variant “Prime” or “Pro” Y7 2019, which would increase the memory to 4GB, and 64GB respectively. 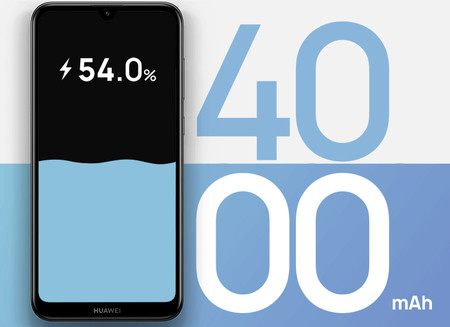 The last important aspect that has transcended the Y7 2019 is the battery, which maintains the capacity of 4,000 mAh that we already saw in its predecessor, like the connection microUSB for recharging. We don’t know the details of when Huawei is expected to launch this phone, and what markets will come, but it is speculated the price could be around 150 euros.

The Huawei Nova 4 will come with 8GB of RAM and triple-chamber of 48 megapixels, according to the latest leaks

The good, the ugly and the bad on bank fees: is it possible to avoid them?

–
The news Huawei Y7 2019, filtering: Snapdragon 450 and 6,26 inches for the new input range of Huawei was originally published in Xataka Android by Laura Sexton .