I ended the filming of ‘Star Wars: Episode IX’! J. J. Abrams shares a moving image to celebrate the end of a stage 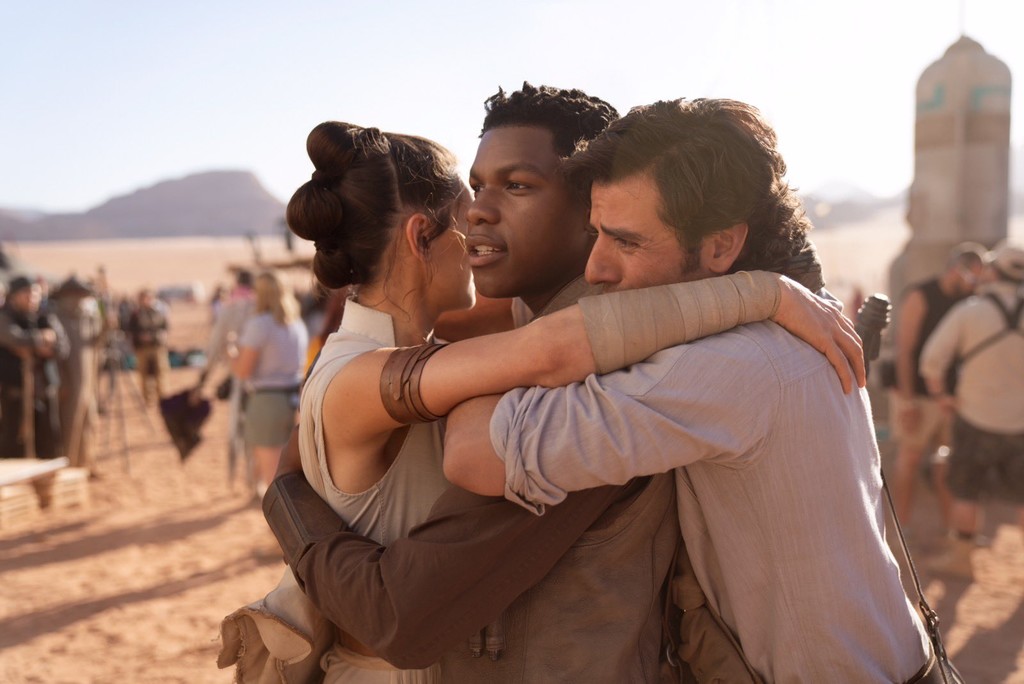 It’s all over! Today J. J. Abrams has announced the conclusion of the shoot ‘Star Wars: Episode IX’, the end of the current trilogy that he began same with ‘The awakening of the force’ (2015) and continued to Rian Johnson ‘The last jedi’ (2017). The new installment premieres in movie theaters December 20.

The filmmaker has wanted to accompany the news story with a emotional photo of the last day of recording where we can see Daisy Ridley, John Boyega and Oscar Isaac sharing a caluoso hug. What have they filmed? Maybe a scene is unimportant but the moment is special, the expression of Isaac, says it all. It is the farewell, the end of a stage…

The image was published in the social networks by J. J. Abrams, who has written a few words: “it Seems impossible, but today it has closed the shooting of Episode IX. There is a proper way to thank this team and this cast truly magical. I will be forever in debt with all of you“.

there are Still no clues about the story of Episode IX, although it is known that, unlike the Episode VIII, the film will not start right where you left off the previous one, here there will be a timeshifting (as is customary in the saga) one year. The main new faces of the cast are Keri Russell, Dominic Monaghan, Matt Smith, Richard E. Grant and Naomi Ackie, whose characters have not been revealed.

it is Also a novelty in this third trilogy Billy Dee Williams, who returns to give life to the charismatic Lando Calrissian. Of course, the film becomes to be led by Ridley, Boyega, Isaac, Adam Driver, Domhnall Gleeson, Kelly Marie Tran, Lupita’nyong or, Carrie Fisher and Mark Hamill. I’m very curious to see how they have risen to Fisher and what is the role of Hamill after what happened with Luke in ‘The last jedi’.

Star Wars: Keri Russell is the first novelty in the cast of Episode IX

–
The news you Finished the filming of ‘Star Wars: Episode IX’! J. J. Abrams shares a moving image to celebrate the end of a stage was originally published in Espinof by Juan Luis Caviaro .

I ended the filming of ‘Star Wars: Episode IX’! J. J. Abrams shares a moving image to celebrate the end of a stage
Source: english
February 15, 2019