Infectonator is presented as a game with a visual look to retro and with a high dose of gameplay . At the time you dig you will see a few games you involved in a zombie holocaust where you can spread the virus to spread it all over the world.

You will have to you to your legendary characters from famous horror films such as Freddy Krueger Nightmare on Elm Street , Jason from Friday the 13th or JigSaw popular Saw series to help you spread the malicious virus turns people into zombies .

Infectonator has a visual style to retro which gives a special flavor , and reminiscent of Plague Inc, where we have to spread the zombie virus for all locations on the planet.

We will have at our disposal all a good arsenal of traps, grenades and bombs to help us, and that we will find all kinds of characters such as police, military and even Rambo himself trying to kill our beloved zombies. Apart from the arsenal and to spread the virus at each location, we have at our disposal a great army of bad horror movies like the above and some more like the Grinch or the same Michael Jackson with his army of zombie dancers. 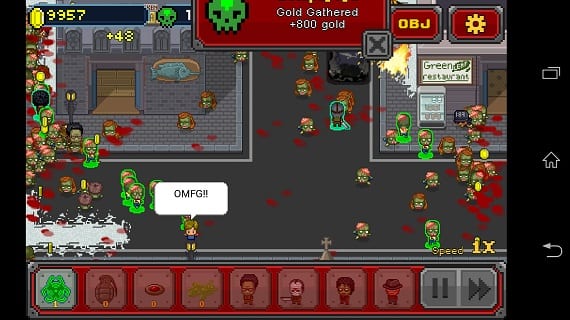 Infectonator is an addictive game

A game that engages and is highly addictive, with made retro graphics, sound and music at the same level and progression through the hundreds of locations Infectonator extend the life of many hours of play , even having a hardcore mode to test us.

And another important point is that it is free, with in-game purchases to help you progress faster, but certainly not required for terminal game , at least before reaching the hardcore mode.

A zombie game where we paper bad for mankind and annihilate where the “good” heroes try avoid our plans such as, among others, Justin Bieber Santa Claus or his diehard fans.

Infectonator of Armor Games is a highly recommended for Christmas game spend some quality time with your Android terminal. If you want to test it before installing it on your phone you can play from anywhere from this link .

Article It was originally published in Androidsis .