Instagram could alert you if someone takes screenshots of your messages 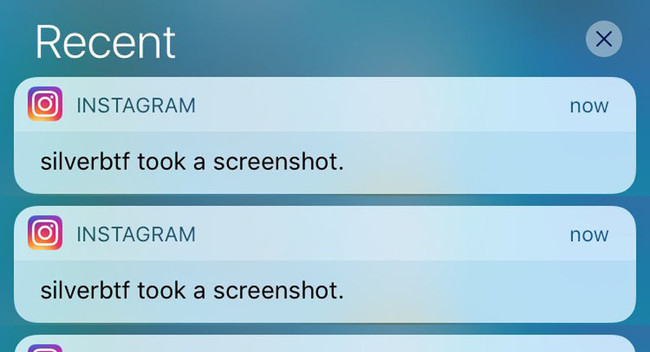 The next time you have thought to take a screenshot of something posted on Instagram, think twice because the move can lead to an embarrassing situation. Instagram is testing notifications that someone has made a screenshot your content.

This notification has been sighted by the user, @imWaavey in the Instagram for iOS, but there is no reason to doubt that will stop coming to Android also, if the experiment is a success. While Instagram has spent the past few months by copying savagely Snapchat, a small detail had been left out, for good or for evil, the notice of the screen shots. It seems that it is already the fall.

This notice is displayed in a notification that “the user has done a screen capture” and would only apply to the photos sent as direct messages that disappear after being seen. The idea is exactly that, they disappear, and if the other person does screen shots can not say that disappear, hence the logic.

On Twitter already has spread panic full, with people threatening to leave Instagram and others, but should not be so. First, because it does not affect the rest of the pictures from Instagram (publications normal, public histories), second because it only seems to be on iOS, and third because this is probably a first test limited that will end up fitting in the final application, or not. It could even be a complete fake, so it is best to be vigilant in the coming days and make catches with discretion.

–
The news Instagram could alert you if someone takes screen shots of your messages was originally published in Xataka Android by Ivan Ramirez .