Intel promises that your CPU will reach the 7nm in 2021

Claim to have overcome the problems that led to its passage to the 10nm and will accelerate their pace.

Intel has indicated that, despite the delays it has had to achieve with the technology of 10 nanometers in their CPUS, the company plans to reach the lithography of 7 nm in the year 2021.

Bob Swan, executive director of Intel, has indicated that the company scored goals that are too aggressive and that made it difficult to get to 10 nanometers.

The technology of 7nm it is being used already by manufacturers such as TSMC for the system-on-chip A12 Bionic Apple, present in the latest devices of the company, after reaching produce in 2017 chips of memory SRAM with this lithograph.

At present, Samsung, Qualcomm, Snapdragon, and MediaTek create processors for mobile phones with this technology, which is also used in memory chips and graphics cards, but not in processors for personal computers.

AMD has the edge on Intel in the race for the 7nm, because their technology Zen 2 integrates recently the lithography 7nm of TSMC. The architecture Zen 2 combines nuclei of 7nm of factories of TSMC with I/O controller of 12nm Infinity Fabric.

Intel seems to have solved its problems with the step to 10nm from the 14nm that employed previously, and ensure to be on the right path to reach your goal of 7nm in 2021. 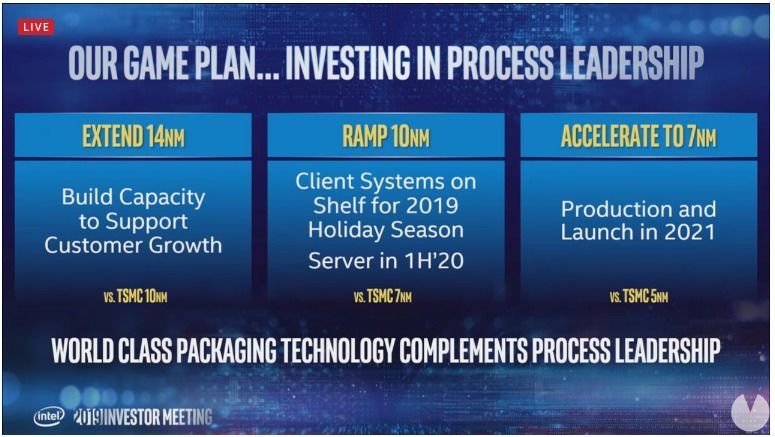