Is of Thieves more than 10 million players since its launch

The game Rare has triumphed on the PC and Xbox One, bringing together a huge community of users who enjoy world of pirates in constant expansion.

Is of Thieves more than 10 million players since its launch
The game Rare has triumphed on the PC and Xbox One, bringing together a huge community of users who enjoy world of p...

As I we set out last November. Sea of Thieves is a success for Microsoft and Rare, and given the amount of players that gather around them, will not be flower of a day and it will not be left stranded on the first beach or safe harbor. The title account with millions of the faithful, and through an official press release have confirmed that this is the new original license most important part of the generation for Xbox and that has surpassed the barrier of 10 million players.

A community strong, creative and focused

“it Is mind-boggling to think that so many people have left the dock and sailed in the Sea of Thieves, and it has all been possible thanks to the support and passion of our fantastic community. For all in a Rare community, the Sea of Thieves represents the best of what they can be video games,” explained Joe Neate, producer of the title. “We talk about a game that is home to players from more than eighty different countries, and brings together players in Xbox Game Pass, Xbox One and PC with Windows 10 and creates countless stories and moments that people can treasure. See these stories shared across social networks or other community spaces is something that inspires the computer all day. every person who has played Sea of Thieves, thank you.”

► Apple would launch AirPods with new coating and black Apple would be planning to launch AirPods wi...
► How to use emojis classics with a drop of Android in Gboard and Messages Android on the occasion of the international day of...
► These are the predictions of Nobel Prizes 2015 and Sigma Xi Thomson Reuters announced...
“to See the stories of so many players inspires our team at Rare. To all of you who have played, thank you”

“Our community will be at the center of our update of January, ‘Legends of the Seas’, which will be available to all players free of charge starting Wednesday, January 15. This update not only celebrate our community and their stories, but also have two gifts limited edition to mark our milestone of 10 million players. Log in to the game between the 15 and the 22 of January and claim a candle personalized for free and a new emoticon special. Once again, on behalf of everyone at Rare, I would like to thank all of you who have been on this journey with us until now. The best news is that we’re beginning and we have big plans for the next year. Hope to see you in the seas!”, concluded Naete in your post official.

Sea of Thieves is available on PC and Xbox One. It is considered a success by Microsoft and one of the pillars of Game Pass, the play service demand of the playing platform of Redmond. 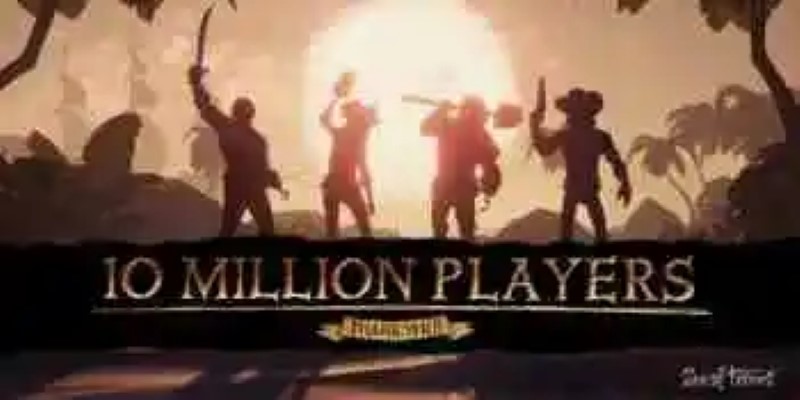 New open source API to create applications for fleet management
Having a map with real-time status of all taxis in a company is one of ...
Google Allo will let you create stickers with your face, generated from a selfie
While Google updated its messaging app Allo to version 10 to add the [cop...
How to set up your privacy on WhatsApp
there are Still many people who still do not know the privacy settings fr...
Actor Matthew McConaughey is bald and fat for your next role
ES The actor gets into the skin of a businessman desperately trying to...
Bibliography ►
Phoneia.com (January 8, 2020). Is of Thieves more than 10 million players since its launch. Recovered from https://phoneia.com/en/is-of-thieves-more-than-10-million-players-since-its-launch/

This article was published by Phoneia, originally published in English and titled "Is of Thieves more than 10 million players since its launch", along with 18988 other articles. It is an honor for me to have you visit me and read my other writings.
◄ The Xiaomi Mi 8 is upgraded to Android 10 MIUI and 11
Óscar 2020: the gala will not have a presenter for the second year in a row ►