Morning premiered the trailer for the movie of Sonic, which adapts Sega’s mascot to the big screen.

Tomorrow will be presented the first trailer of the film of Sonic, according to a rumor from SEGAbits, who has published the first image of the actor and comedian Jim Carrey playing Robotnik, the villain of the saga.

As we already knew, Robotnik will not be a character digital -to Sonic difference, and in the image we can see Carrey in the cockpit of what seems to be his usual transport ship.

All the details of the movie Sonic

According to leaked, Sonic escapes from his home planet when he is a baby (the argument we would explain that the rings of the games allow you to travel to Sonic from one planet to another, simply by wishing it, as if they were portals). After imagining a nice place, just on the Earth, place in which it is encountered by an owl, who raises him and teaches. One way and another, Sonic ends only after a period of time and grows hidden, living in the shadows and being disowned by their congeners. The filtration explains that Sonic ends up receiving the nickname “the devil in blue” by the locals and is considered as a whole urban legend until you find out.

Manage to catch it, and after that, the government manages to bring the scene to Robotnik to find explanation to the perturbation energy caused by Sonic. Here we explain the powers of the character of a more or less curious: when Sonic is sad, nervous or excited, it can run and create electrical charges, sufficient to disturb the reality. After these facts, all he would become a film of colleagues, being Tom the police the best friend of Sonic, helping him to hide and escape from the authorities of the government. 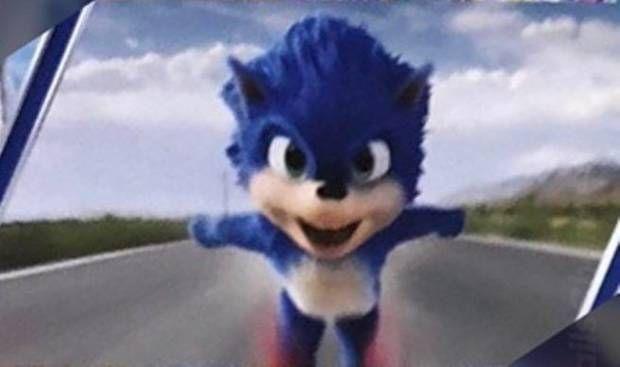 In fact Tom, the local police of this town of Montana, would meet with Sonic on one of their patrols when you look at the dozens of problems that the people with the raccoons and the way in which they throw away or eat the remains of the garbage by the neighborhood. After making friends with Sonic, the tape would lead us also to San Francisco, with an action sequence set in the Golden Gate in which the hedgehog space would activate a series of portals with its rings.

With regard to the great villain, the Eggman -that would only be referred to in the film as Robotnik, there’s not too many good news. filtration ensures that it is of a mad scientist who works for the government, which has a series of drones that seek to track down Sonic and a huge tank. She would throw a large part of the sequences, highlighting their intelligence and the futility of those around him, and his outfit would be crowned by the typical long coat, and all the classic look of a scientist very evil and dark, with the usual mustache of the character of the video game. Gradually obsesionándose with Sonic, until at the end of the film would end up becoming the evil of the games.

please remember that the film intends its premiere for the November 8, 2019.

It filters the image of Jim Carrey as Robotnik in the movie of Sonic
Source: english
April 29, 2019