It filters the release date of Borderlands 3: the 13 of September

And as it seems, it will also be an exclusive game from Epic Games Store on PC.

It filters the release date of Borderlands 3: the 13 of September
And as it seems, it will also be an exclusive game from Epic Games Store on PC.Gearbox presented expected Borderland...

Gearbox presented expected Borderlands 3 a few days ago, revealing its first trailer and new details about the father of the genre shooter looter. however, its leaders gave no details on the release date. Now we know, according to a leak made by the bills official Twitter, the video game will arrive on September 13. For much that you have rushed to delete it, the filtering has been extended, and looks like that will be the final date. 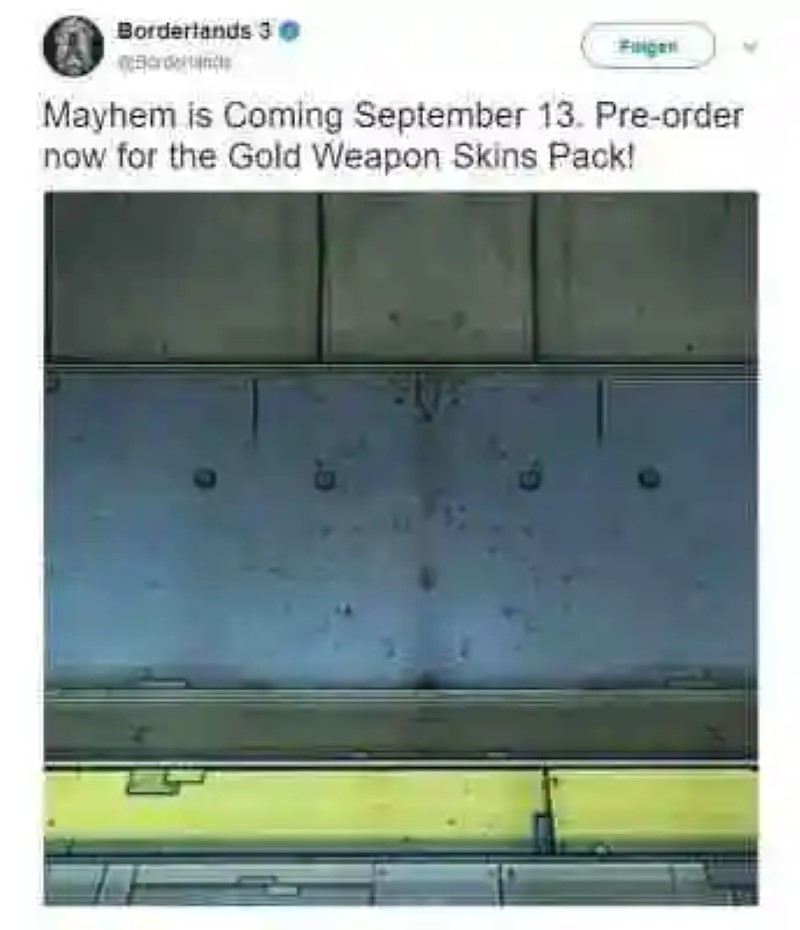 ► You can now download Google Now Android 6.0 Marshmallow Launcher on your mobile [APK] It has taken little community of develop...
► Samsung Push Service, the application that promises to change your life forever always interesting to keep an eye on the...
► The benders Marvel’s Avengers defend themselves against criticism Troy Baker and Nolan North discuss the negat...

it is Not the only news about it. Accounts such as Wario64 have been able to capture a small video trailer special that will reveal a release date, confirmed that the game in its PC version, will arrive as exclusive game Epic Games Store -you have the logos right in the corner of the small clip-.

All ads in Borderlands 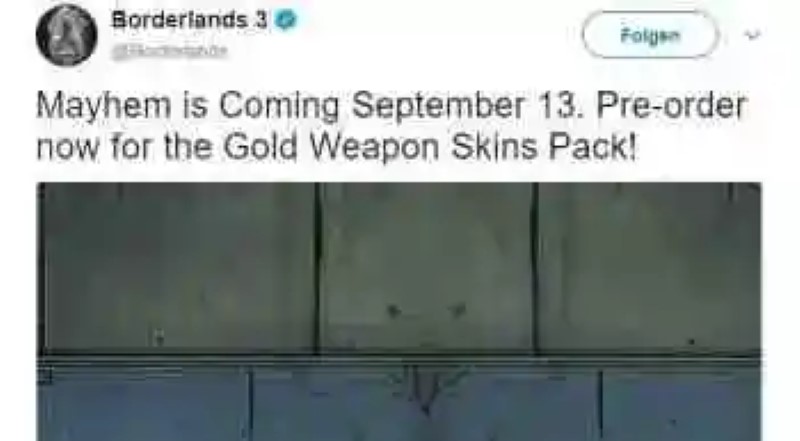 Design an electric guitar by making use of a NES, and a NES Mini
Guitendo has presented its latest creation. Guitendo, a small shop speci...
Imagine Stormwind World of Warcraft in Unreal Engine 4
The artist Daniel L., who had already designed scenarios of the game, crea...
First details of Sword Art Online: Replication for virtual reality
The project will probably be a mobile game.Bandai Namco prepares Sword Art...
The role and terror from Mad Father is already on Steam
The game is relaunched on platforms of digital distribution.Mad Father has...
Bibliography ►
Phoneia.com (April 1, 2019). It filters the release date of Borderlands 3: the 13 of September. Recovered from https://phoneia.com/en/it-filters-the-release-date-of-borderlands-3-the-13-of-september/

This article was published by Phoneia, originally published in English and titled "It filters the release date of Borderlands 3: the 13 of September", along with 18989 other articles. It is an honor for me to have you visit me and read my other writings.
◄ The best grammar checker review
The notch, at the bottom of the cell and at the corners: so they are the latest patents of Xiaomi ►