It’s official: ‘Revelation’ (‘The Stand’) will have a new adaptation and Stephen King says that the script is “dynamite” 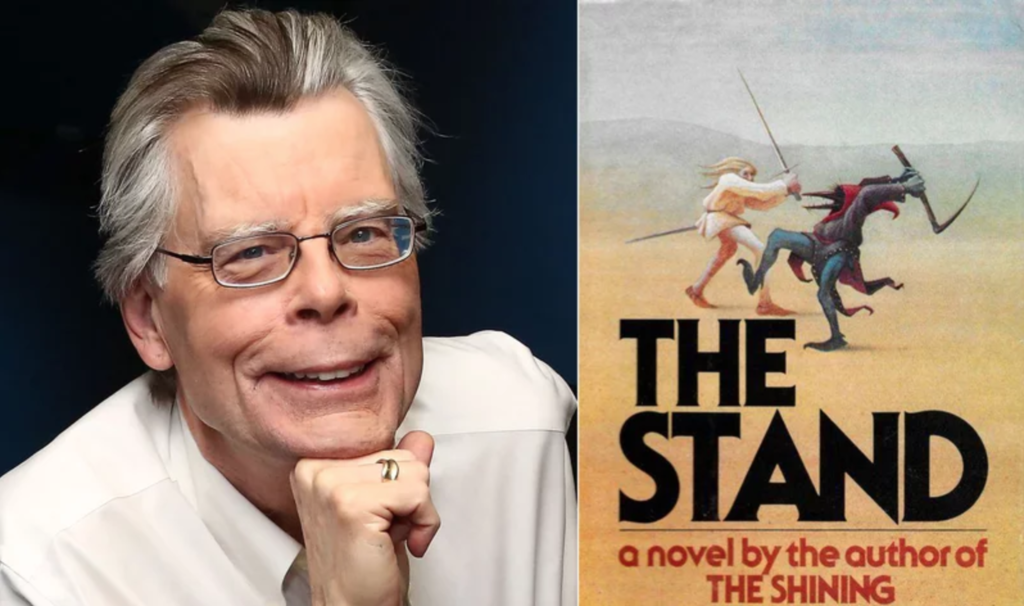 I’m Sorry if I am too effusive writing these lines —we are talking about my book header and a project that I’ve been waiting for years with despair— but IT’s OFFICIAL!: the fantastic novel by Stephen King ‘Revelation’ —aka, ‘dance of death’, aka ‘The Stand’—, published in 1978, will come to the small screen in a series of 10 episodes to the service of streaming, CBS All Access.

After five years of development —that is to say— on the part of the screenwriters, Josh Boone —who will also direct the project— and Ben Cavell, and any other attempt missed,

considered by many as a masterpiece of the literature of King will return to tv after the adaptation by Mick Garris in 1994 for the ABC in the form of a miniseries of four episodes.

A computer expert in the field and in the trust

The own Stephen King has shared the good news through a press release in which it mentioned the quality of the scripts and the good eye of the team involved.

“I’m excited and very pleased by that ‘Revelation’ is going to have a new life in this interesting new platform. The people involved are men and women who know exactly what they are doing; the scripts are dynamite. The result aims to be something memorable and exciting. I think that will take viewers to a world that will want never exists”.

Although we may think that the words of the King were to be expected and may not reflect the reality —or your own thought—, it is worth to give it a vote of confidence; especially in regard to the theme of the team, led by Josh Boone expert in the “kingverso” and that has a special relationship both with the author, as with ‘Apocalypse’. So what has been explained to the writer and director.

“I Read ‘Revelation’ under my bed when I was 12 years old, and my parents are baptists and they burned it in our fireplace when they discovered it. Enraged, stole the FedEx account number of my father and wrote to the King a letter professing my love for his work. Several weeks later, I came home and found a box that had arrived from Maine, and within were several books, each one dedicated with a note beautiful to the very same god, who encouraged me in my writing and thanked me for being a fan. My parents really moved by the generosity and kindness of the King, they lifted the ban on his books that same day. I wrote to King in a cameo playing himself in my first film and I’ve been working to bring ‘Revelation’ to the screen for five years. I have found fellow incredible on CBS All Access and Ben Cavell. Together, with Stephen King, Owen King, and my producers usual Knate Lee and Jill Killington, we plan to bring you the definitive version of the masterpiece of King”.

For his part, Julie McNamara, executive vice president of original content from CBS All Access, has also taken to feed the hype ad.

“With more than 400 million books sold around the world, Stephen King is one of the authors living larger, and ‘Revelation’ is widely regarded as the jewel in the crown of his work. Millions of fans have been waiting for a modern interpretation that conveys its depth, its size and its ambition. We are excited to be working with Stephen, Josh, Ben and, with a dedicated team that works passionately to bring this brilliant material life.”

Although have not transcended more details about ‘Apocalypse’ —much less a cast that fit the dimensions of the original material, it’s going to be huge— at CBS we have left by opening the mouth with a brief description of which will be the new work of Josh Boone after the lovely ‘A winter on the beach’ and ‘Under the same star’; that you should follow ‘The new mutants’ —if it arrives to-be-released some day.

in the absence of new news, I leave you with the snack mode synopsis. I already have the hairs like hooks just to think of what you can get out of here; I hope that the people of CBS not the pifie as they did with ‘Under the Dome’.

“The fate of humankind rests on the delicate shoulders of the Mother Abigail, 108 years, and a handful of survivors. Their worst nightmares are embodied in a man with a smile and deadly powers indescribable: Randall Flagg, the man in black”.

Welcome to the future: so it would have to be 2019, according to the science-fiction of the past

–
The news it’s official: ‘Revelation’ (‘The Stand’) would have a new adaptation and Stephen King says that the script is “dynamite” was originally published in Espinof by Victor Lopez G. .