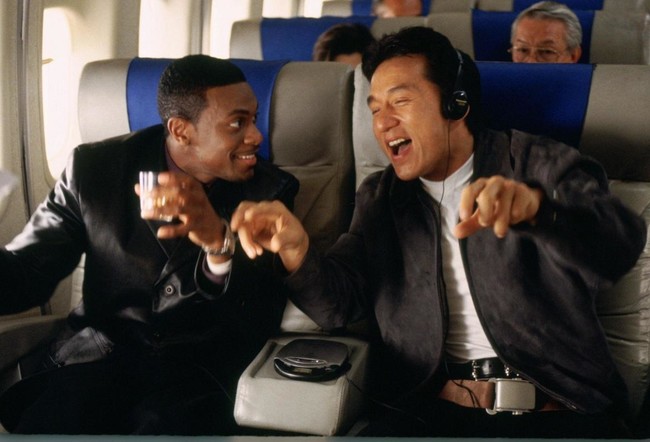 it Seems that it finally puts in place a new sequel of the action comedy ‘rush Hour’ (‘Rush Hour’). A decade after the premiere of the third installment, Jackie Chan has confirmed that they already have a screenplay ‘rush Hour 4’ with the that they are happy and they could start shooting next year, if Chris Tucker is willing. So explained:

“For the past seven years, we have been rejecting the script. Just yesterday we agreed. At the end of this month there will probably be a second draft of the script, and the next year, surely, we’ll start. I hope, if Chris Tucker is in agreement.”

Remember that the first ‘rush Hour’ premiered in 1998 and raised $ 244 million of dollars at the box office (it cost 33), giving rise to a trilogy based on the chemistry of the odd couple formed by Chan and Tucker. The first gave life to a police officer from Hong Kong and the second one of The Angels, forced to work together, with totally different methods, always managed to trap the villains and get their cases resolved.

some years Ago, one of the producers of the franchise, Arthur Sarkissian, announced that they wanted to do ‘rush Hour 4’ with the intention of turning away from the tone of the third part, and come closer to the saga ‘Fast & Furious’. He admitted that they had yet to hire a screenwriter, but you already said what I wanted to see: “Maybe Chris is now married. Maybe Jackie is married to Octavia Spencer. I don’t know. Living in Shanghai. And Chris is going to visit them… I Want something energetic“.

As the fourth movie was soon to come, franchise owners attempted to convert the concept of ‘rush Hour’ in a tv series, with Justin Hires and John Foo to the front of the cast, however, it was cancelled after a single season.

Brett Ratner directed the three movies of ‘rush Hour’ but for the moment, it is unknown if it is involved in the new sequel, recently commented that he is busy with the biopic of Hugh Hefner that is going to star Jared Leto, while it is assumed that you can take care of both projects.

–
The news Jackie Chan confirms ‘rush Hour 4’ and expected to roll in 2018 was originally published in Espinof by Juan Luis Caviaro .