James Rodriguez, Martial, Hazard and Reus star in the new video and images of FIFA 17

Only one of them will cover the game.
Electronic Arts has circulated two new images and a new trailer FIFA 17 , the next installment of this successful and acclaimed football simulation that will hit stores on September 29 for PS4, PC, PS3, Xbox and Xbox 360. One 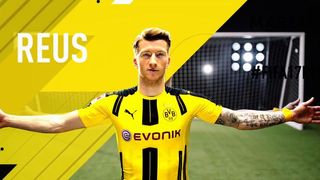 Both types of materials are related to the vote we spoke to you yesterday , thanks to which Saga fans can vote for the player they want to star the cover of this year .
therefore, in the catch we can see a Eden Hazard of Chelsea FC and Borussia Dortmund Reus Marco, while in the video, besides these two, also we see in action a James Rodriguez Real Madrid CF and Anthony Martial Manchester United .

voting will last until July 20 and to participate you can vote for your favorite footballer once a day, adding extra votes by using the hashtag # FIFA17CoverReward and sharing it with your friends via Twiiter, but you will also have the opportunity to vote directly from href=”https://www.easports.com/es/fifa/cover-vote#reus” official website.
hashtags each player are # FIFA17James, # FIFA17Martial, # FIFA17Hazard and # FIFA17Reus . In late July, the winner will be announced on the website of the vote on FIFA 17 .

Premium WordPress Themes Download
Download Premium WordPress Themes Free
Download Best WordPress Themes Free Download
Download WordPress Themes
udemy free download
download coolpad firmware
Free Download WordPress Themes
download udemy paid course for free
James Rodriguez, Martial, Hazard and Reus star in the new video and images of FIFA 17
Griffin Travel Power Bank, a battery to charge the Apple Watch at any place
The battery backup Travel Power Bank for Apple Watch Griffin allows you to...
Did the Magi come in powered scooter or prefer the hunter hoverboard?
The scooters electric are already the bread our of every day. Is a gift st...
The servers of Uncharted 2, 3 and The Last of Us PS3 closed on the 4th of September
The online mode of the games from Naughty Dog for the PlayStation 3 will n...
‘Jumanji: Welcome to the jungle’, a blockbuster routine that improves when he wants to be a parody foolish
Talk about the tendency of Hollywood to marketing with nostalgia at this ...