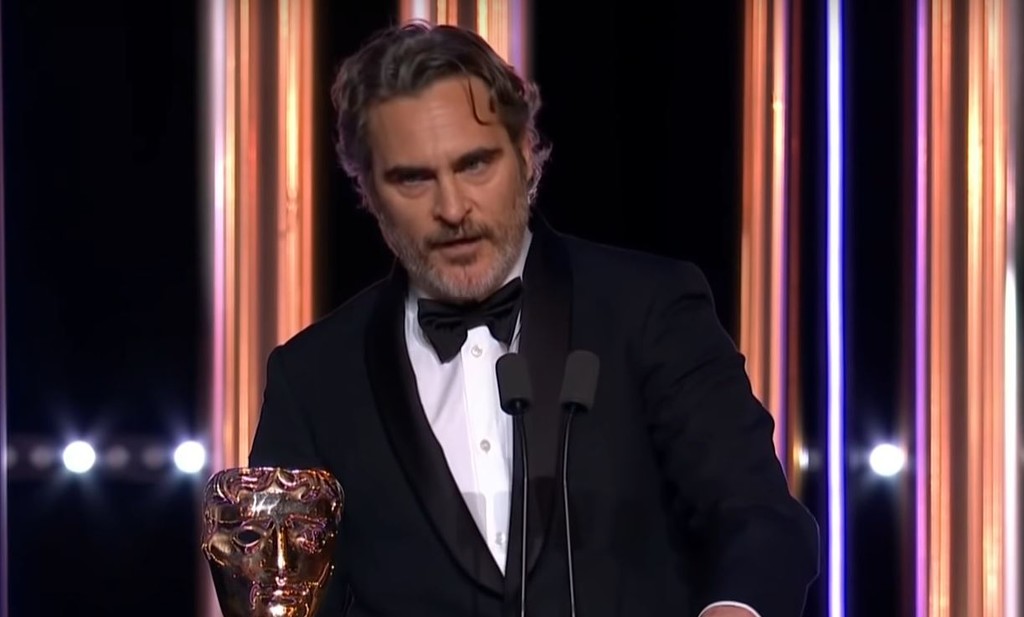 last Night took place one of the final stops of the race for an Oscar with the delivery of the BAFTA, the awards of the british cinema. One of the recipients was Joaquin Phoenix for his acclaimed performance in ‘Joker’. Do not hesitate to give the thanks nothing more to climb to pick it up, but his speech was very different to what we would expect.

The actor spoke directly to the criticism of the lack of actors of color nominated in the awards season in general and the BAFTAS in particular, to be recognized as part of the problem, and inviting struggles against systemic racism within the film industry. In particular, his words were the following:

The speech of Phoenix

I have a conflict because many of my fellow actors who deserve it not have the same privilege. I think we send a very clear message to the people of color that they are not welcome here. I think that is the message we are sending to the people that have contributed a lot to our environment and industry in ways that we benefit from. I don’t think anyone wants a handout or preferential treatment, although that is what we give to ourselves every year.

people just want to be recognized, appreciated and respected for their work. I’m ashamed to say that I am part of the problem because I have not done all that was in my hand to make sure that the sets where he was working to be inclusive. It is not simply to have sets of multicultural, I think that we have to make the effort to truly understand systemic racism. It is an obligation to the people who have created, perpetuated and profited from this system of oppression to be those who dismantle. And that depends on us.

The 13 best movies of Joaquin Phoenix: from 'All for a dream' a 'Joker', 25 years of blood, sweat and tears

it’s been a couple of years, spoke forcefully of the need for greater diversity in the teams to make a movie when Frances McDormand claiming the inclusion rider when he won his second Oscar for ‘Three ads in the outskirts’, but there are still many steps to take.

One of the most clear is a greater diversity among the nominees and the winners, but for the moment just have noticed progress, and Phoenix wants that to change.

–
The news Joaquin Phoenix criticizing the “racism is systemic” in the film industry in his speech after winning the BAFTA for ‘Joker’ was originally published in Espinof by Mikel Zorrilla .

Joaquin Phoenix criticizing the “racism is systemic” in the film industry in his speech after winning the BAFTA for ‘Joker’
Source: english
February 3, 2020