‘John Wick: Chapter 3 – Parabellum’: a festival of extreme action that continues to shine its suggestive universe 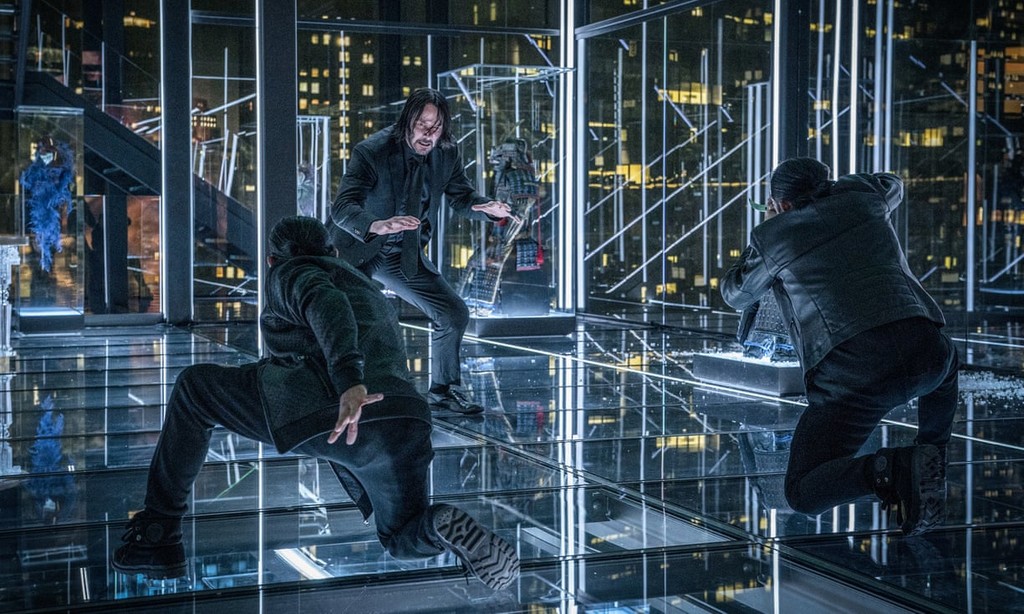 John Wick is back in a third installment in the rhythm not decays but, in the that, inevitably, and given the money to the nonsense and towards a circus “more difficult” in the second installment, the only thing you can do is to press the accelerator and not look back.

The result is, perhaps, the western movie action more fast-paced and memorable of the year, but also one in which the -still strong, blameless – seams of the franchise begin to be visible.

This is not necessarily negative: it is simply a matter of that ‘John Wick 3’ does not give a step side and makes a different proposal, but that simply power the findings of the two previous installments. The bad thing is that stew knows (very slightly, luckily still can boast of challenging originality) overheated. is The good thing is that it remains a stew of first category: the innovations are sufficient, the “higher, stronger, faster” it still has not peaked -although in the next installment perhaps you are already at the levels of nonsense to the ‘Fast & Furious’- and, frankly, the charisma and presence of Keanu Reeves seems to have no limits.

In all that increases, ‘John Wick 3’ is predictable and within their still-generous space for the surprise: the fights, the gunplay and the chases are more dramatic and extravagant than ever. is The choreographies are more intricate, arriving in its best moments almost to the level of cinema east of the latest generation (although ‘The Raid’ occupies a throne that John Wick does not reach); the violence is more grotesque; the scenes themselves, in order, are the most marathon of the entire franchise -in any case one would say that too: both the Halle Berry as the final climax would have benefited from some scissor-. And Keanu Reeves fight better than ever, and the jump in terms of fluidity and speed that has given from the -already very noticeable – first delivery is considerable.

And as to the extension of your world, the film continues by tightening the nuts of the credibility, again with a (momentary) international travel, introducing some association to the margin of the Table -the assassins from the soviets with whom he formed the protagonist, putting the face of methods and several high-ranking officials -and officials – the association of criminals and revealing more and more about the Continental. Until they give us vague facts about the past of Wick through Halle Berry, although in general the film plays to preserve the mystery of his increasingly less mysterious antihero. The world built by Derek Kolstad (writer) and Chad Stahelski is so consistent that allows you to extend and tighten a little more demands on the viewer.

‘John Wick 3’: All the weight on the shoulders of Keanu Reeves

Before facing the screening of ‘John Wick 3’ I have reviewed the first two installments to keep them fresh and be able to compare them, especially at the level of tone and intensity. I was surprised to what extent the first is a movie sober and concise compared with the other two, more in the vein of a thriller desnortado -from his own argument-with a vengeance as a base and a synopsis is summed up in two lines-, while in its aftermath the intensity, the colour, and the explosive violence goes up several integers. 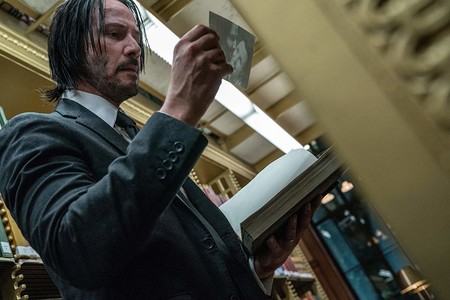 Something that makes it very well-the saga -learned of the structure of argument in the cinema of martial arts – is to change one small element in the circumstances of the hero, that even though the structure of your new story is the same, change the conditions, typically the more complicated for their survival. So, the second put the discovered the universe of the killers that operate with rigid rules as to the margin of the society and, after the simple individual adventure of revenge primal, put a price on his head. In the third part, John Wick starts where it left off the previous cast out of that society of assassins for breaking the rules and no place to hide.

‘John Wick 3’ is, essentially, a relentless persecution, and with a few moments of rest for the Wick, but where it has time to reconnect with its origins as a killer, to collect some debts of blood (as we already saw in the second part, only this time you get something better). And yes, of course that all ends in a period followed where circumstances change for the protagonist, in a delivery that no longer makes any effort to hide their condition serial.

There are ‘John Wick 3’ a few moments in which tontea with repetition and cloning of previous findings. The mood self -citations to ‘Matrix’ including, for example, is becoming more evident and less fine: it has always been there, since the first film, but each time the protagonists are more aware that they are comic book characters, with their american bulletproof and your superhuman resistance to bleed to death. However, the whole conquest thanks to action sequences just as glorious as the ongoing, relentless persecution of the first quarter of an hour, which includes a book of short stories russians as lethal weapon and the best action sequence of the film, portagonizada by several throwing knives.

John Wick is far from wearing out, but it would be absurd to deny that it is a problem that you can get a glimpse on the horizon. It is clear that the character, admirably played by a Reeves, who knows and exploits that the deadly sobriety of his hero is the antithesis to perfect his public image as an actor, has a rope for a while. But perhaps it is time to start to consider how to close this great franchise, already a modern classic of the genre, the most high.

‘John Wick 4’ already has a release date: the killer Keanu Reeves will return to handing out cakes after the success of ‘Parabellum’

'The Wandering Earth': Netflix brings us a colossal proposal of science-fiction china, something devalued by its lack of originality

–
The news ‘John Wick: Chapter 3 – Parabellum’: a festival of extreme action that continues to shine its suggestive universe itself was originally published in Espinof by John Tones .